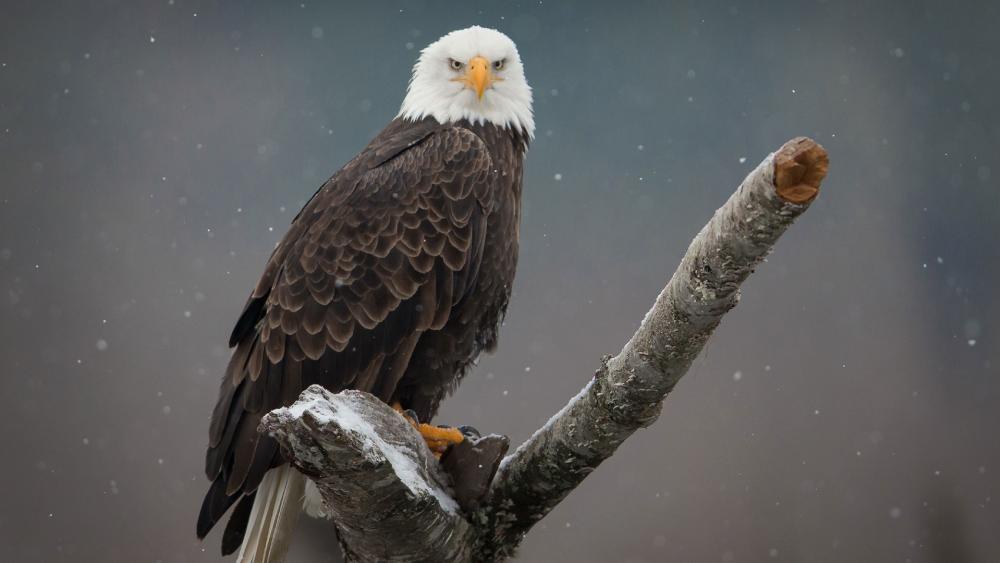 A bald eagle smashed through the window of an H&R Block business office in Virginia Beach Monday morning.

WVEC-TV in Virginia Beach reports the office was empty at the time of the incident and the bird appeared to be unharmed.

WHAT!? A bald eagle is hanging out inside H&R Block in #VirginiaBeach. It broke a large window to get in. #13NewsNow pic.twitter.com/O7ciyMiQPZ

The animal hung out near the window for a while then flew off, leaving a large hole in the glass.

It's not clear why the eagle crashed through the window, but there was an incident in January in this area in which a sickly bald eagle died after being found in poor condition at a golf course, according to WAVY-TV.

And this isn't the first time this year that a bald eagle has made US news for smashing through a window.

Back in May, an eagle with an 8-foot wingspan crashed through someone's window in Alaska after swooping down to grab a large piece of fish someone had left out. The sound was reportedly quite intense.

"It was so unbelievably loud. My first thought was: I thought an atomic bomb had dropped and the windows were blowing out," said the homeowner, Stacy Studebaker, who also happens to be the founder of the local chapter of the Audubon Society.

The bald eagle has been the US national emblem since 1782.

Eagles are typically found near large bodies of water that are connected to grasslands and streams.

The species was listed as endangered in 1973. US Fish & Wildlife Service reports illegal shooting and loss of habitat had reduced the population of bald eagles to near extinction.

Through persistent conservation efforts, the United States' national symbol made a big comeback and was removed from the Endangered Species List in 2007.

They are still protected under the Bald and Golden Eagle Protection Act and the Migratory Bird Treaty Acts.