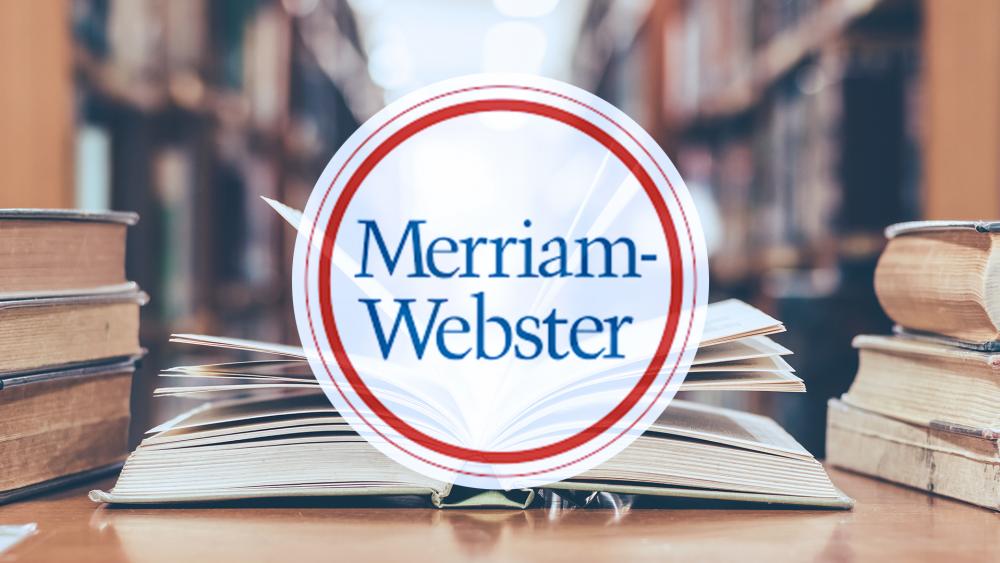 The company that has been in the business of selling dictionaries for almost 200 years has announced the gender-neutral and "non-binary" pronoun "they" is 2019's "Word of the Year."

On their website, Merriam-Webster writes "lookups for the word 'they' increased by 313% in 2019 over the previous year."

According to the company, the word "they" has become more prominent in the English language, because "they" is now "being used to refer to one person whose gender identity is non-binary, a sense that is increasingly common in published, edited text, as well as social media and in daily personal interactions between English speakers."

In a tweet on Monday, Merriam-Webster announced the "Word of the Year" writing, "The word 'they' - was looked up 313% more this year than last. - had a new sense added in September. - is increasingly common in both public and personal communication. 'They' is our 2019 #WordOfTheYear."

The word 'they'
- was looked up 313% more this year than last.
- had a new sense added in September.
- is increasingly common in both public and personal communication.

Twitter users responded strongly to Merriam-Webster's announcement. Some of them welcoming the news, others were not quite so sure.

One user wrote, "Up next, replace 'men and women' with 'people'."

Another user who identified herself as Corretta responded with an emoji of crying along with one word: "Cringe."

KYW News Radio in Philadelphia, PA, also took to the street to get a reaction from passersby.

One man responded, "I really don't think it's a story that should be getting press."

Merriam-Webster also reported that top runners-up for Word of the Year were "Quid pro quo" and "Impeach."