Pro-Life or Pro-Choice: Who's Really Winning the Abortion War?

The New York Times recently wrote that the left is losing the abortion battle, pointing to a drift to more extreme abortion measures.

To counter that, the newspaper says conservatives and pro-life groups have worked across the nation with grassroots efforts to create stricter laws on abortions and standards in clinics.

In a recent interview with CBN News, Catherine Glenn Foster with Americans United for Life (AUL) talked about the significance of The Times story and what it all means in the fight for the right to life for infants in the womb.

Foster said the article highlights the divisions between the left and right, which were already known.

"It talks about everything the right is doing, life advocates and folks from coast to coast," she explained. "To stand for life and support woman and girls in sometimes difficult situations. What we didn't necessarily know was the depth of the division on the left and within the abortion activism movement with people who are divided culturally, financially, politically and in so many other ways."

Foster said there is a small percentage of people who actually support legalizing post birth abortion.

"Every time a state like New York passes a law or 'reproductive health act' and they light up the Empire State Building pink and there's cheering in the streets of New York," she noted. "You see that it's a small fraction of people who actually support that."

"Look at the polling you'll see an incredible double digital swing in the percentage of American's that consider themselves pro-life," Foster said. "When you see that the left is trying to push these radical policies, late term abortion and infanticide - Americans say, 'Choice sounds like a nice word. I'd like to consider myself pro-choice, but if that's what pro-choice is, I want no part of that.'"

She pointed out that people shy away from calling themselves pro-life or pro-choice because the language has become "politically loaded."

"People don't necessarily want to call themselves pro-life or pro-choice. Both of those terms have gotten politically loaded at times," Foster explained. "But when you start asking about facts and if abortion is morally ok people start to swing and say 'No, that just feels wrong.' When you talk about life affirming options and if there should be abortions when a child is viable and could survive outside the womb, people will say that's not what they signed up for and they absolutely oppose that."

"We found that 80 percent of Americans and two thirds of self described pro-choice American's oppose late term abortions," Foster revealed. "We are building momentum, even this year we saw incredible results in the states with 25 percent more life-affirming bills passed into law than we had in the previous year."

"We are building every single year with 58 pro-life bills passed into law so we are seeing so much progress in the states," she continued. "We are seeing incredible efforts at the federal level and the Supreme Court."

Foster said that oral arguments will be heard in March of 2020 during what could be "the most important case on abortion since Roe vs. Wade."

"Pray for your representatives, senators and the justices on the court. They have a very big decision ahead of them," she concluded. 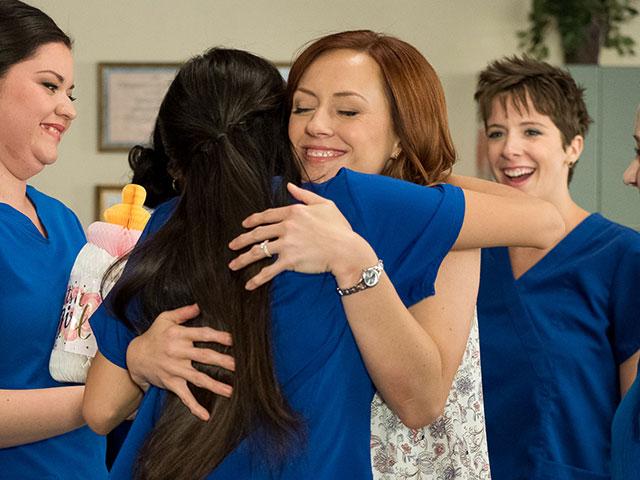