The Christmas It Snowed in McAllen for the First Time in 100 Years, a Miracle Came: 'You've Been Healed!' 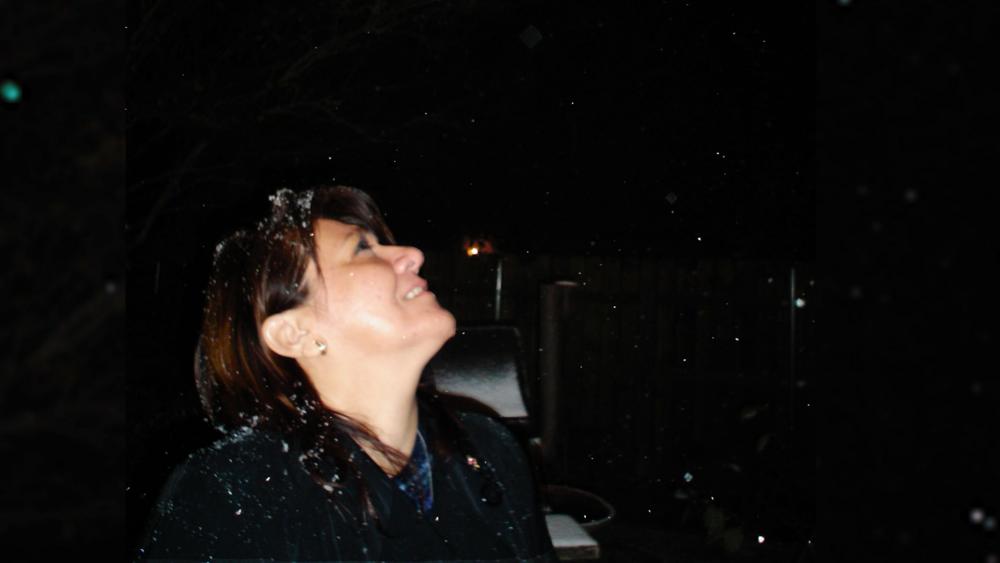 The Christmas snowfall in 2004 in McAllen, TX was the sign Toni Espinoza had been praying for.

A sign – that's what Toni Espinoza asked God for when she prayed for her husband's heart to be healed. It turns out the specific sign she asked for led to a "White Christmas miracle" the likes of which had not been seen for more than 100 years.

Toni had been praying for a miracle since March of 2004. That was when she and her husband David learned he only had two years to live.

"The doctor just said, 'You know, I hate to tell you this, but your heart uh is enlarged, it's not beating like a normal heart. EF is the efficiency uh rating of a – of your heart. A healthy heart is considered a 60. And I was at 12%. It was shock. You know, my first emotion was shock."

"I was numb. I really was. I was like a zombie the first few days, the first week. My prayer was just like 'Okay, you know, help me through this.'"

They sought a second opinion, and a third, but all came back with the same diagnosis.

"So it was more about uh getting my family ready for when I wasn't here any longer. I've accepted the fact that I'm going to die."

But Toni and their daughters weren't giving up faith. They made an appointment with doctors at the DeBakey Heart Institute 7 hours away in Houston, Texas.

They asked their family and friends at church to pray for David.

"Oh that was awesome. Uh, you know, I'm on – suddenly I'm on prayer lists everywhere."

"They all rallied around us and-and prayed for him and it was just – amazing."

For the next seven months, they continued to make monthly trips from their home in McAllen to Houston for check-ups.

The doctors told them David needed a heart transplant as soon as possible. That's when Toni, came to a surprising realization.

"Why am I asking for David to get a heart transplant? Someone has to die. It just did something to me when I heard that. I mean I started praying, Give him a new heart, but not someone else's heart. You can do that, You can give him a new heart."

Thanksgiving came and went. Although he was still in need of a transplant, David was encouraged that The Lord was working.

"I continued to get little messages from God. At the end of Matthew: 'I will be with you until the end of age.'  Then I ran across Ezekiel where he says, 'I will give you a new heart and a new spirit.' I truly believe that he was giving me hope that there was something to come."

"I remember saying thank you for healing David. I know You have healed David, thank you! Thank you, Lord, thank you! But I just, I just need that little sign. It would be awesome if it snowed in McAllen, I believe I said Christmas Eve, Christmas Day."

"McAllen, down in the Rio Grande valley, And it's-it's pretty much two seasons. You have summer for about 11 months out of the year and for one month out of the year you've got Fall."

"If you have that Faith, the size of a mustard seed, and you just pray, 'God, your will be done.' It was that Christmas Eve and everyone had gone to bed. And I looked out and I saw this stuff coming down, and I opened the-the door and I was like 'This is snow.' I felt that silent night, holy night. There was no noise, nothing. I felt him. I felt him. Like 'I'm here, I've never left you.' It continued. It continued and it continued. And I was just 'Thank you. Thank you.'" The next morning, all of South Texas woke up to a first white Christmas in over 100 years.

"And for him to show me that way I'm – just a little speck in the world, but He knows who I am."

"God is Awesome! And his mercy and his compassion, it's just overwhelming." And then we go to the doctor and he opens the charts and it's just – his eyes open up. And he says, 'You know what? I can't explain it, but you're not sick anymore.' Well, Toni and I looked at each other and says, 'We know. We can explain it.'"

"I grabbed his hand, I said, 'You've been healed. God answered our prayer.'"

"Now my EF is up uh in the mid-50s, and nothing has changed other than…it snowed. We put ourselves in his hands. And-and he did the rest."

Since 2004, David has enjoying life with a healthy heart.  He and Toni continue to pray and thank God for their miracle.

"You can be at your lowest, but yet he's going to pick you up. As long as you've got faith and you believe."

"I have a profound love, you know, for him. That - that's the good news, is not that I got healed, it's just – it's now I have a story to tell you of how great God is."

Check out more about this story in Godwinks & Divine Alignment by Squire Rushnell.