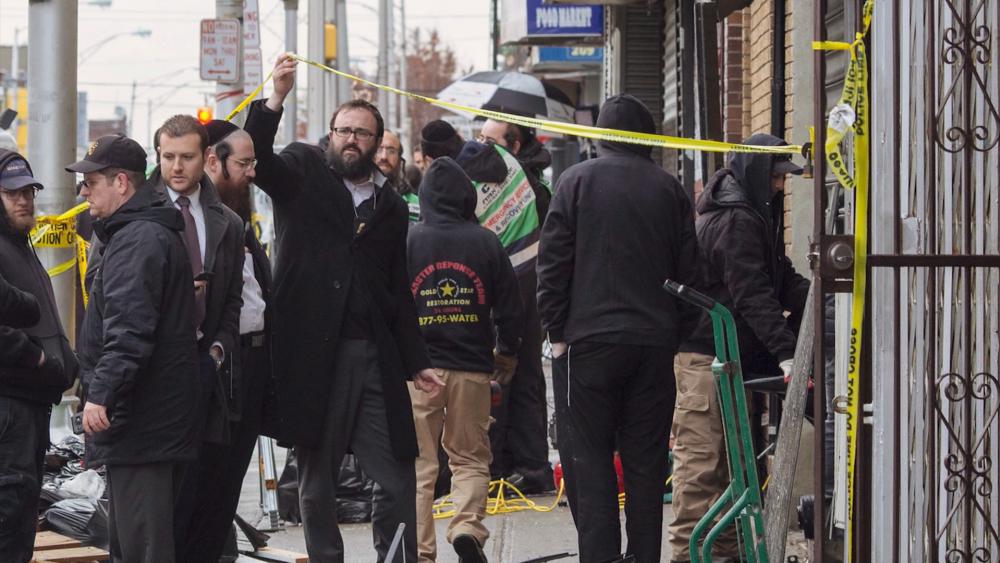 Both suspects slowly emerge from a stolen U-Haul before one of them aims a high-powered rifle at the market and opens fire.

"There were multiple other people on the streets so there were many other targets available to them that they bypassed to attack that place," said Jim Shea, Jersey City director of Public Safety. "So clearly that was their target."

Police say the suspects gunned down the owner of the market, Mindy Ferenz, a mother of five. Miguel Douglas, an employee, and Moshe Deutch, a customer, were also murdered. One other was injured but survived.

"A few hundred bullets went into a body of a 24-year-old child," lamented Rabbi David Niederman. "How can we as a community, as people, bear that?"

The suspects, killed in the ensuing standoff with police, have been identified as Francine Graham and David Anderson. They're linked to an anti-Semitic group known as the Black Hebrew Israelites and Anderson reportedly made anti-Semitic posts online.

The gunbattle all started when Detective Joe Seals, investigating the murder of an Uber driver, encountered the suspects at a Jersey City cemetery. Police say the shooters killed Seals, a father of five, before driving next to the Jewish market about a mile away.

The standoff lasted more than three hours and authorities found a pipe bomb and religious writings inside the U-Haul.

New York City Mayor Bill DiBlasio announced there's no direct threat to the city, but he has ordered NYPD on high alert, saying the attack is part of "a growing pattern of violent anti-Semitism in America."

President Trump also condemned the anti-Semitism behind the attack on Wednesday at a White House Hanukkah reception. That same day he also signed an executive order fighting anti-Semitism on college campuses.

"With one heart America weeps for the lives lost. With one voice we vow to crush the monstrous evil of anti-Semitism whenever and where ever it appears," said Trump. "We're working very hard on that."

In just 14 months, 12 people have died at synagogue attacks in the United States.