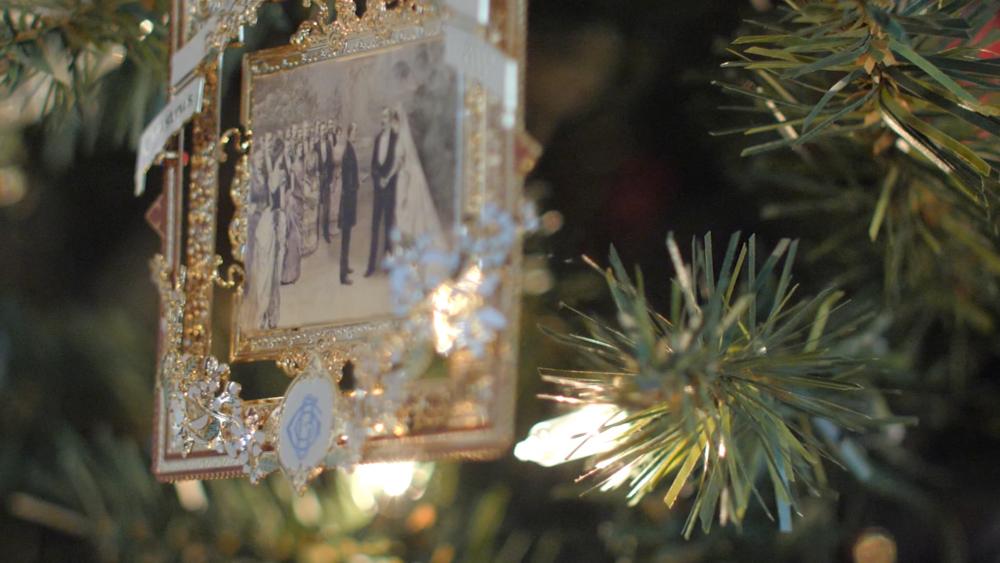 WASHINGTON – Keeping the White House up to museum standards requires keen attention and plenty of funding.

While much of that need comes from private funds, Americans help each year in a creative way. The White House is home to priceless works of art, irreplaceable pieces of American history, and this Christmas Americans across the country are helping to preserve it just by decorating their trees.

"So you can hang on your tree at home an ornament that actually has crushed stone from the same stone that the White House is built of," said Stewart McLaurin, the White House Historical Association President.

Since 1981, the Association has produced a yearly Christmas ornament. Each one tells a different story about our presidents and their time in the White House.

"We've had 45 American presidents and their families. Only 44, of course, lived in the White House. George Washington selected the piece of land and the young Irish architect to build it but he never lived in the White House. But all of them have rich, wonderful stories that have contributed something to our country and making it the great country that it is," McLaurin told CBN News.

People often want an ornament that's a bit more up-to-date. But McLaurin tells them a Bush, Obama, or Trump ornament won't be available for another ten or fifteen years.

The collection began with George Washington and is up to Dwight Eisenhower, the first commander-in-chief to use a helicopter for presidential travel.

Proceeds from the sale of the ornaments go towards preserving the White House, one of America's most prized jewels.

"So whether it's re-upholstery, or the draperies, or rugs, or the conservation of the beautiful frames and portraits. We actually fund the portraits of the presidents and the first ladies," McLaurin said.

And although some presidents are more consequential than others, they all have a story to tell.

"When I first came, my first three presidents that I had to do ornaments for were Harding, Coolidge, and Hoover and you would think those would be the difficult ones, but they had really unique stories," McLaurin said.

"Like Herbert Hoover  – there was a Christmas Eve fire in the West Wing of the White House and the Hoovers were hosting a Christmas party with children in the East Wing and the president rushed over and helped put out the fire. Engine Company Number One of Washington DC responded. That engine company still responds to emergencies at the White House today. They put out the fire and the West Wing was rebuilt that year. The next Christmas the Hoovers invited the same children back to a Christmas party and he gave them a little toy fire truck modeled after Engine Company Number One so that was our ornament for Herbert Hoover," he explained.

Another popular ornament McLaurin pointed out was the one for Abraham Lincoln. But all of the ornaments are unique and collectible.

"It's really a wonderful collection and it's an heirloom, something you can give to your family and friends that you'll treasure," McLaurin said.