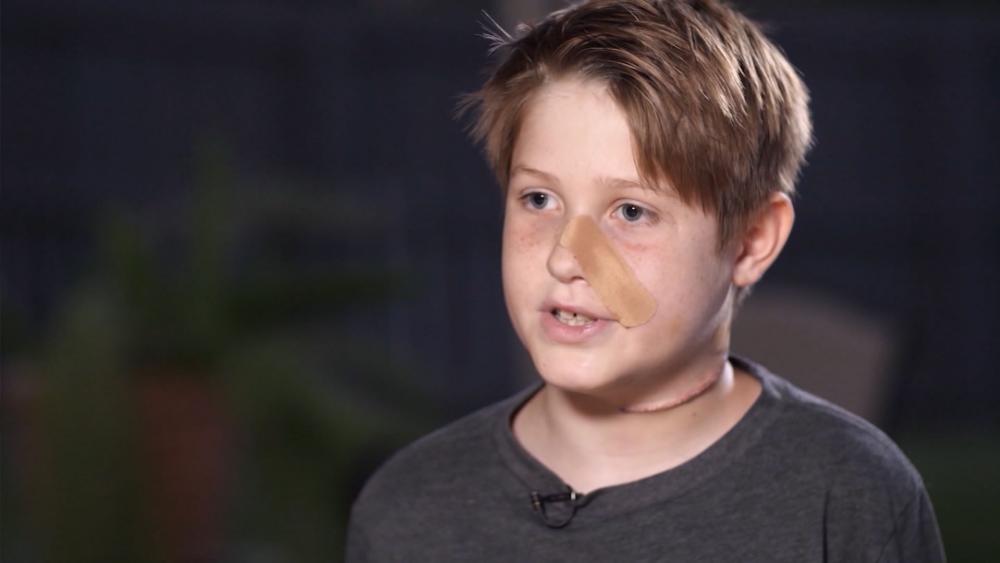 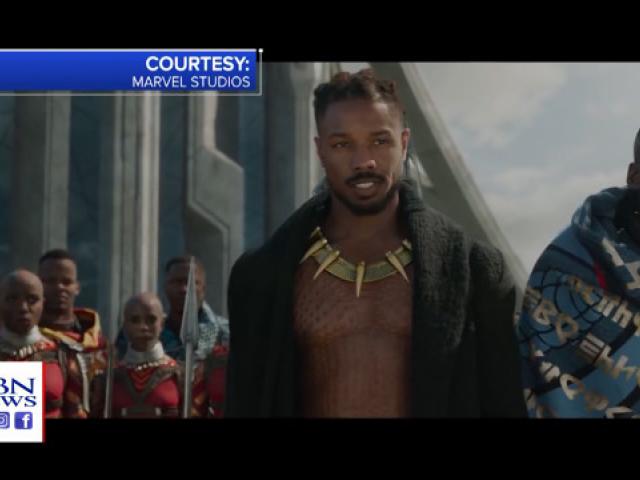 "Black Panther" came first in three categories Sunday night at the 2019 Oscars ceremony. Millions of fans rooted for the blockbuster film, but perhaps no one more than 11-year-old Xavier Cunningham.

For Xavier, the movie deserved every award.

He and two friends had climbed into a treehouse not knowing it was infested with yellowjackets. After getting attacked, Xavier fell from the treehouse ladder face first onto a 17-inch meat skewer wedged in the ground below.

"He had this metal-looking rod, what I thought was an arrow, coming out of his cheek," Gabrielle Miller, the boy's mother, recalled.

Xavier remembered his mom's shock: "She was like, 'Oh my gosh! Who did this to you?'"

Doctors described him as a "medical marvel" and commended Xavier for remaining calm and resisting the urge to pull out the skewer, which would have likely caused swelling, bleeding, permanent brain damage, or death.

During the September meeting at the boy's home in Harrisonville, Missouri, CBN's John Jessup asked Xavier why he never attempted to remove the skewer from his face.

"I watched 'Black Panther,'" he explained, referencing the fate of the film's villain, portrayed by actor Michael B. Jordan, after getting stabbed in the chest with a dagger. "At the end of it, how he just takes it out and dies – so I was like, 'Nope!'"

Ahead of the Oscars, CBN News asked him if he would like to relay a message to the cast and crew.

"Well, I'll just say I'm glad they put it [the scene] in there because otherwise, I probably would have pulled it out," he said.

Still, to Xavier, his true hero is Jesus Christ.

"He gave his life for us," he explained. "And after this, it's just like He really truly is the God almighty."

In the five months since the freakish accident, Xavier has received a clean bill of health and his scars are barely noticeable.

The mayor of Harrisonville even declared one October Saturday as "Xavier Cunningham Miracle Day."

His dad said the experience brought the family closer together and strengthened their faith.

"It makes the Gospel come to life," said Shannon Miller. "And it makes just everything very real –very alive."

It's hard not to admit, Xavier's real-life, harrowing tale rivals some of those on the silver screen. 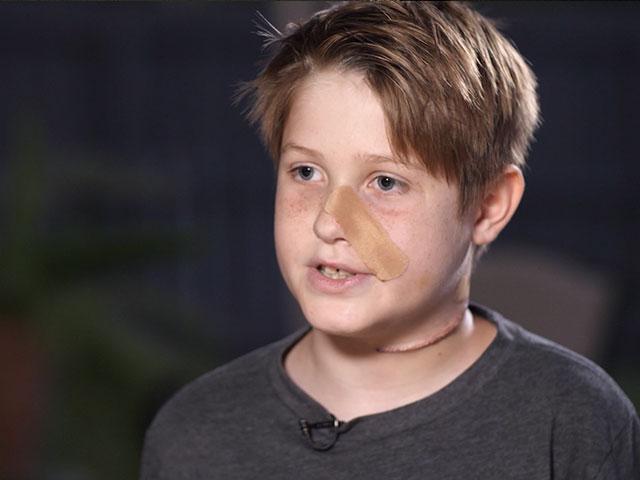