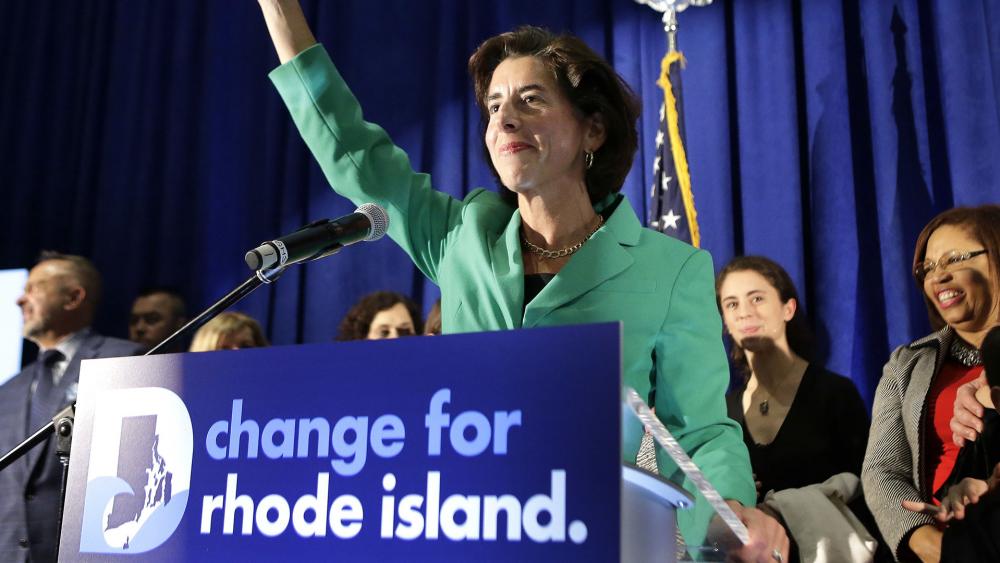 The governor of Rhode Island — a self-described Catholic — is following in the footsteps of her gubernatorial counterpart in New York.

Rhode Island Gov. Gina Raimondo (D) is now advocating for legislation that would legalize abortion up until the point of birth. Her advocacy comes not long after New York Gov. Andrew Cuomo (D), who also calls himself Catholic, signed into law a similar bill known as the Reproductive Health Act.

Gov. Cuomo Issues Shocking Response to Calls for Him to Be Excommunicated From Catholic Church

During her State of the State address earlier this month, Raimondo vowed to support the pro-abortion legislation, the Rhode Island Reproductive Health Care Act.

The proposed law stipulates the state cannot “restrict an individual person from terminating that individual’s pregnancy after fetal viability when necessary to preserve the health or life of that individual.”

The bill defines “fetal viability” as “that stage of gestation where the attending physician, taking into account the particular facts of the case, has determined that there is a reasonable likelihood of the fetus’ sustained survival outside of the womb with or without artificial support.”

In making her case for the law, according to WRGB-TV, Raimondo said she wants to make 2019 “the year we codify women’s access to reproductive health care here in Rhode Island,” meaning abortion — and the Supreme Court’s decision on Roe v. Wade — would be protected in the state, regardless of future federal court or legislative decisions.

The Rhode Island governor was, like Cuomo, immediately rebuked for her support of the proposed bill. Many of her critics have called into question her stated Catholic faith.

One critic, Nichole Rowley, said she received a card from Raimondo roughly six months after her second son, Fulton, was born. The note, Rowley explained, “didn’t make sense” coming from the liberal governor because it “expressed the joy of having children.”

“If children are such a special gift, as the card claims, why does she offer those children no rights before they are born?” Rowley said during an interview with WRGB-TV.

The card from Raimondo even called Fulton a “sweet little child,” describing “how concerned the governor is about the health” of her newborn son.