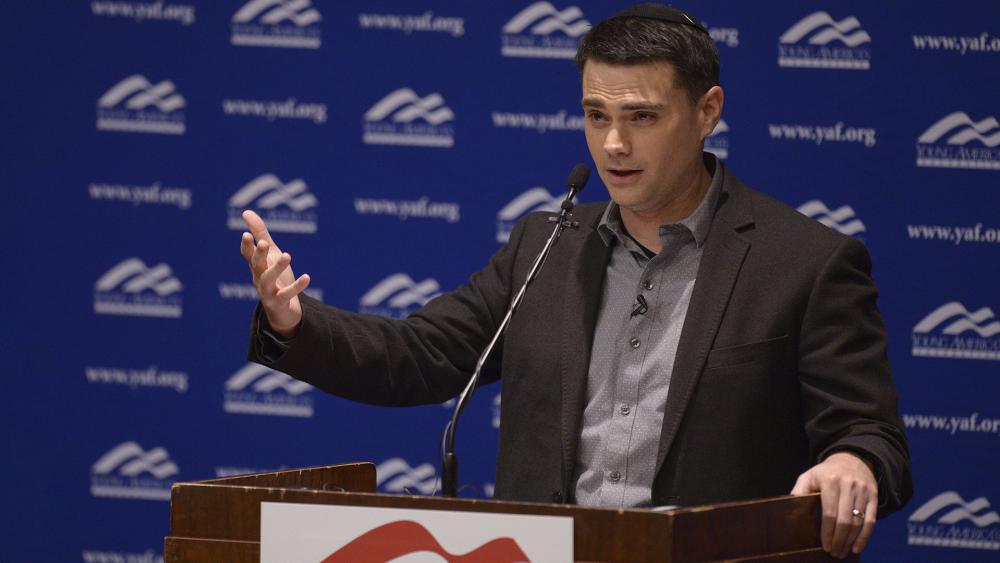 Grand Canyon University, one of the nation's most prominent Christian schools, is under fire for blocking conservative commentator Ben Shapiro from giving a speech on campus.

Shapiro, editor-in-chief of The Daily Wire and host of "The Ben Shapiro Show," was invited by the campus group Young America's Foundation to speak at the Arizona-based school.

Shapiro is regularly invited to college campuses to advocate for Judeo-Christian and conservative values.

However, according to a statement released Friday by GCU, Shapiro is not allowed to speak there because it would erode the school's "unique and united community."

"We believe in many of the things that Ben Shapiro speaks about and stands for, including his support for ideals that grow out of traditional Judeo-Christian values and his belief in a free market economy. Our decision to cancel Shapiro's speaking engagement is not a reflection of his ideologies or the values he represents, but rather a desire to focus on opportunities that bring people together," the statement read.

The statement went on to describe how GCU has intentionally created a culture where students feel welcomed and united with their peers and suggested that Shapiro's frank political talk threatens that culture.

"As a university, we encourage thoughtful discussions and rational dialogue in our classrooms about the issues affecting our society, and we encourage students to put greater emphasis on actions that produce positive change in our society," the university continued.

GCU also acknowledged that its decision to ban Shapiro would disappoint and offend students, but said the school merely intended "to use our position as a Christian university to bring unity to a community that sits amidst a country that is extremely divided."

The statement ended with a Bible verse: "If you look at America's history, the Church has been at its best when it has worked to achieve the kind of peace that Jesus commended: 'Blessed are the peacemakers, for they shall be called sons of God' (Matthew 5:9, ESV). Making peace in a way that honors Christ is something we will continue to try to do."

GCU posted the statement on its Twitter page and thousands of people immediately responded.

Shapiro responded with a simple, "Oh."

"Wait so if 'unity' is the standard, then no one can be invited to speak. Because there will always be someone who disagrees and is offended. #GCU should probably get out of the University business... and maybe search the scriptures a bit more to see how 'divisive' Jesus was," one Twitter user said.

"Read this entire statement. It's strangely self-congratulatory and utterly puzzling. De-platforming unites no one. Fear of debate signals a lack of confidence in your institution and your ideals. Christian schools should not be so timid," said National Review Senior Writer David French.

Others accused the university of censorship.

"My alma mater GCU has chosen to ban @benshapiro from speaking at a student event. Aren't universities supposed to be a place for discussion of all ideas? Why is GCU banning free speech?  #gcu #benshapiro," one user responded.

Some students even considered leaving the school.

"I am highly considering transferring after this news. I urge anyone enrolled with #GCU to call and share your thoughts of their reckless decision," one alumi said.

A spokesperson for YAF said he is traveling to Arizona to meet with GCU officials.