Phil Robertson: There Is Only One Way For Walls To Come Down 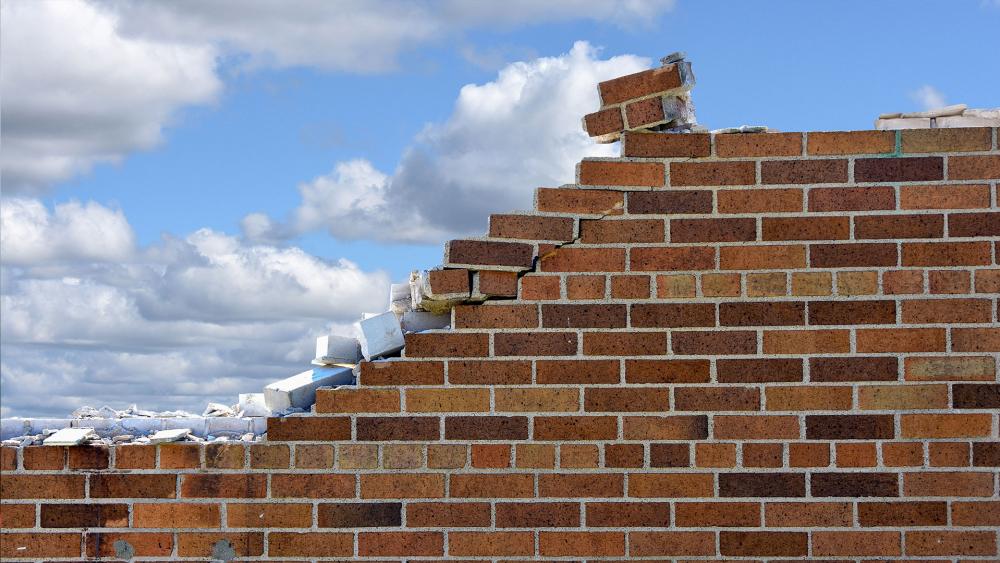 The anger and fear, the name-calling and division spun up by so many politicians these days, is not one-sided. Conservatives fall prey to it. Liberals fall prey to it. And insult by insult, brick by brick, we’ve built a strong and mighty wall between the two sides. The left-wingers and the right-wingers stand on their respective sides and lob grenades over to the other, and any person who would dare reach across that wall and compromise is shot as a traitor.

With that wall firmly in place, unity has become a pipe dream.

But here’s what I know from experience: Walls can come down.

Divisions can be repaired and unity reached. How is this possible? Through the saving message of Christ. How do I know? I’ve experienced it.

The gospel of Jesus found me when I was as poor as dirt and as redneck as they come. (For the record, only one of those things has changed.) Before my conversion to Christ, I didn’t have a moral fiber in my body.

I didn’t run with business leaders or upstanding men of the community. I might not have known a single person who owned a suit. I consorted with one type of person — poor, hell-raising, duck-hunting, deer-poaching rednecks. What’d we think of those slick-suited business types who were different than us? Not much.

When I came into the church, though, everything changed. I still had my fair share of redneck friends, folks who lived on the blue-collar side of the tracks. But as I started attending Bible studies and church services, I began to meet folks from different socioeconomic classes. I met folks who were deadly serious about politics and those who weren’t. I spent more time with bankers and business owners. And though I’d always known my fair share of African American folks — as a youngster, I’d picked cotton with many — this was the first time I was rubbing shoulders with them in the church congregation.

There, at the White’s Ferry Road Church, I learned this truth of the gospel: In the family of God, there was no distinction among the sons and daughters of the Almighty.

We were all equal. I might be a river rat. The man on my left might be a black factory worker. The fella to my right might be a white, suit-wearing banker. The woman in front of me might be a stay-at-home mom, or a saleswoman, or a secretary. We might have various political views (though the Bible calls us to agree on things like abortion and marriage). Under the gospel of Jesus, we’d been made part of the same family. No one was more favored than any other.

This unifying message wasn’t just talk at White’s Ferry Road Church either. The congregation took it as the gospel truth. There wasn’t any pressure to gussy up, to go out and buy some new suit or expensive church clothes. They didn’t ask me to shave my beard or clean up. They didn’t ask me to adopt a certain political party or ideology. They took me as I was, scruffy and unshorn, sometimes a little odiferous depending on whether I’d had chores to do that morning.

Don’t get me wrong; we weren’t perfect.

Over the years, a few folks at the church have lost sight of the truth. They’ve suggested it might be good for some of us to shave our beards or dress up or be a little less vocal about our personal political positions. Time after time, though, we manage to come back to the truth of the gospel. The Almighty looks at the heart, and he wants us to be unified under his saving message.

Couldn’t our modern world use a dose of this message of unity?

This is adapted from Phil Robertson’s latest book, “The Theft of America’s Soul: Blowing the Lid Off the Lies that are Destroying Our Country,” which will be available in bookstores everywhere starting Feb. 5, 2019.

Phil Robertson is a professional hunter who invented his own duck call and founded the successful Duck Commander Company. He also starred in the popular television series on A & E, Duck Dynasty, and is now the host of the new subscription television series “In the Woods with Phil” on BlazeTV. He is the author of two New York Times bestselling books, Happy, Happy, Happy and UnPHILtered. He and his wife, Kay, live in West Monroe, Louisiana. Together, they have four grown sons and daughters-in-law, 16 grandchildren and seven great-grandchildren.