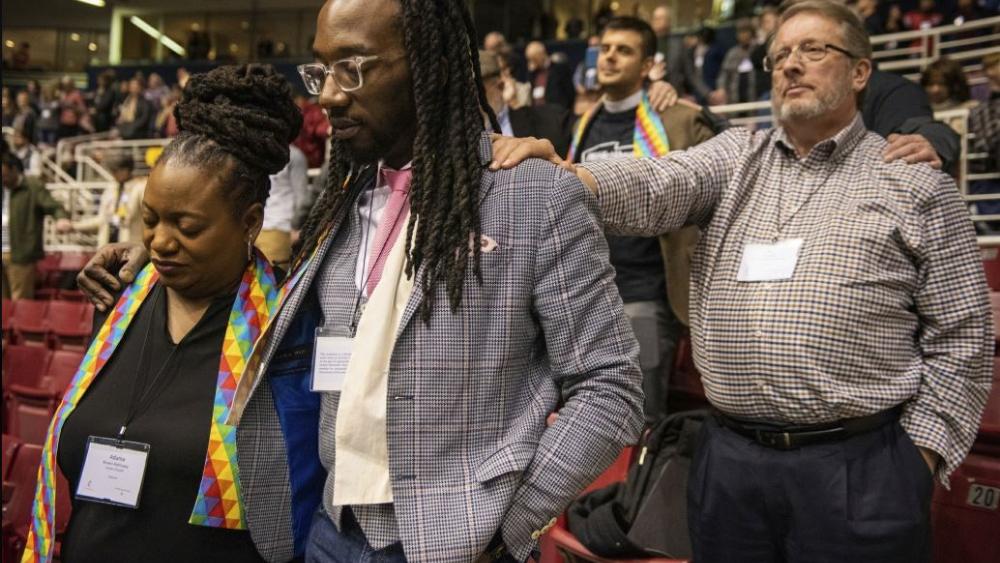 Adama Brown-Hathasway, left, The Rev. Dr. Jay Williams, both from Boston, and Ric Holladay of Kentucky join in prayer during the 2019 Special Session of the General Conference of The United Methodist Church in St. Louis, Mo. (AP Photo/Sid Hastings)

ST. LOUIS (AP) — The United Methodist Church, America’s second-largest Protestant denomination, faces a likely surge in defections and acts of defiance after delegates at a crucial conference voted Tuesday to strengthen the faith’s divisive bans on same-sex marriage and ordination of LGBT clergy.

Emotions were high throughout the third and final day of the UMC’s meeting. Some supporters of greater LGBT inclusion were in tears, while others vented their anger when, midway through the session, delegates defeated a proposal that would have let regional and local church bodies decide for themselves on gay-friendly policies.

“Devastation,” was how former Methodist pastor Rebecca Wilson of Detroit described her feelings. “As someone who left because I’m gay, I’m waiting for the church I love to stop bringing more hate.”

After several more hours of debate, the conservatives’ proposal, called the Traditional Plan, was approved by a vote of 438-384. Opponents unsuccessfully sought to weaken the plan with hostile amendments or to prolong the debate past a mandatory adjournment time set to accommodate a monster truck rally in the arena. One delegate even requested an investigation into the possibility that “vote buying” was taking place at the conference.

The Traditional Plan’s success was due to an alliance of conservatives from the U.S. and overseas. About 43 percent of the delegates were from abroad, mostly from Africa, and overwhelmingly supported the LGBT bans.

If the bans were eased, “the church in Africa would cease to exist,” said the Rev. Jerry Kulah of Liberia. “We can’t do anything but to support the Traditional Plan — it is the biblical plan.”

The deep split within the church was evident in several fiery speeches opposing the Traditional Plan.

“If we bring this virus into our church, it will bring illness to us all,” said the Rev. Thomas Berlin of Herndon, Virginia. He predicted many Methodist churchgoers and some regional bodies would leave the church, while others would “stay and fight,” performing same-sex weddings even if it meant punishment.

Many supporters of the more liberal plan stood in support as Berlin spoke. Some wore rainbow-motif garments or sat behind rainbow banners. After the vote, a small group of protesters carried a cross to the stage at the conference and sat around it. Another group of about 200 people staged a peaceful sit-down protest while about two dozen police officers watched.

The Rev. Allen Ewing-Merrill, a pastor from Portland, Maine, pledged defiance of the Traditional Plan, tweeting: “I will not participate in your bigotry, sin & violence.”

An association of Methodist theological schools warned that if the Traditional Plan passes, the church “will lose an entire generation of leaders in America.”

Formed in a merger in 1968, the United Methodist Church claims about 12.6 million members worldwide, including nearly 7 million in the United States.

While other mainline Protestant denominations, such as the Episcopal and Presbyterian (U.S.A.) churches, have embraced gay-friendly practices, the Methodist church still bans them, though acts of defiance by pro-LGBT clergy have multiplied. Many have performed same-sex weddings; others have come out as gay or lesbian from the pulpit of their churches.

Enforcement of the bans has been inconsistent; the Traditional Plan aspires to beef up discipline against those engaged in defiance.

The Rev. Tim Bagwell, 64, pastor at a UMC church in Macon, Georgia, had opposed the Traditional Plan and called the outcome “deeply painful.” But he said his church will stay with UMC until at least 2020, when the next major conference is scheduled. He’s hopeful new delegates will be elected and change course to a more inclusive church.

“I am deeply sad,” he said. “The Methodist church has always been mainstream, reaching out to people. This sends a different tone ... one of exclusion, not inclusion.”

The Rev. Scott Hagan, 45, a pastor from Bonaire, Georgia, supported the Traditional Plan, saying the liberals’ alternative would have sent a mixed message.

“To have each church — possibly in the same town — offering a different perspective and practice would surely be confusing to the public that comes to the church looking for guidance,” Hagan said.

Copyright 2019 by The Associated Press. All rights reserved. 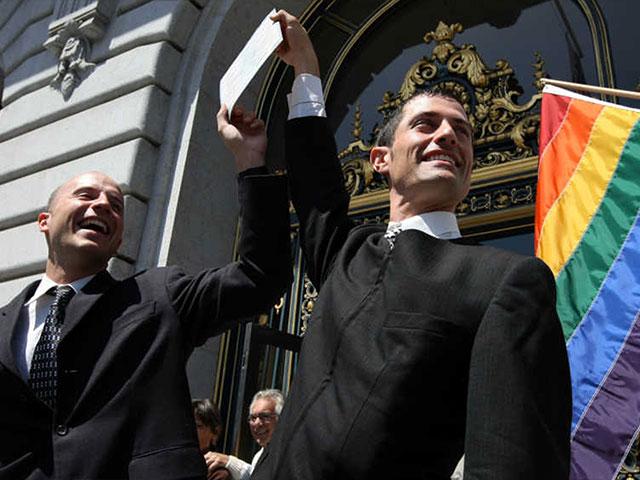 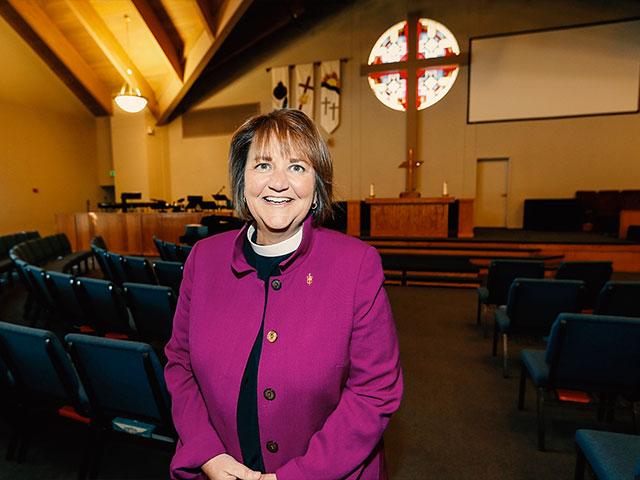 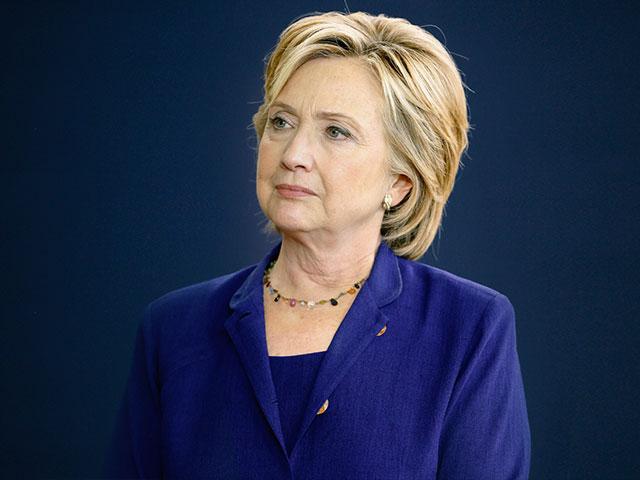