'Cold-Mageddon' Slams US with Coldest Air in Generations, Turning Chicago Into Antarctica 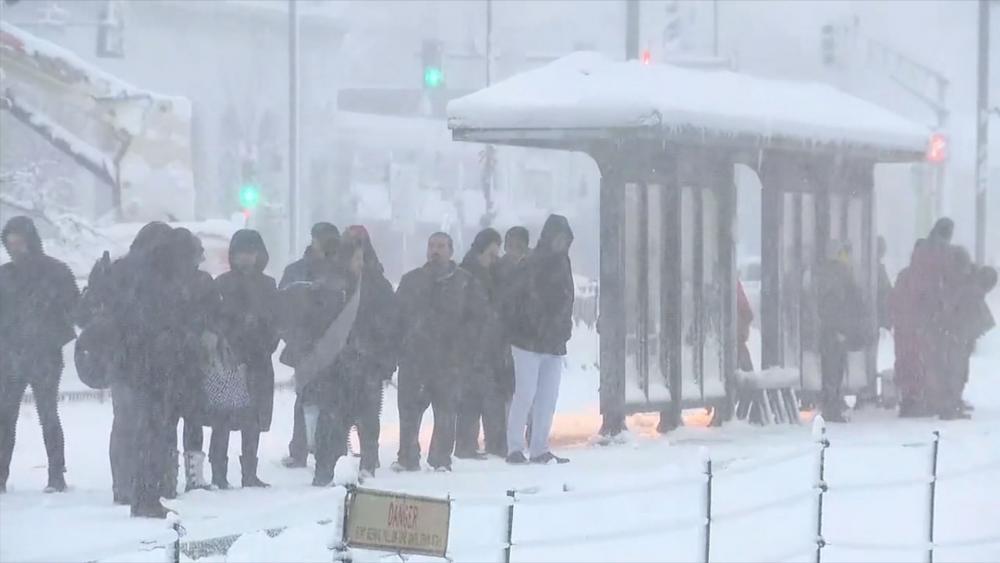 5995896523001
'Cold-Mageddon' Slams US with Coldest Air in Generations, Turning Chicago Into Antarctica

It's being described as the coldest air in generations. What that means is life-threatening low temperatures expected to shatter records and plunge the Midwest into a deep freeze.

It's all because of the polar vortex. That's defined by Accuweather as a "large pocket of very cold air, typically the coldest air in the Northern Hemisphere, which sits over the polar region during the winter season."

Well, that air has found its way to the United States.

"This is not just 'Oh, it's January, it's getting cold,' this has been lining up in the preseason and it's all come together for this extreme event that's going to be happening in the next four to five days," meteorologist Joe Bastardi told CBN News.

The extreme temperatures started in the upper Midwest on Sunday with the wind chill hitting well below zero. But believe it or not, the worst is yet to come.

Wind chills of 50 to even 60 below zero are expected across the Midwest this week, causing government officials to declare states of emergency from Wisconsin all the way down to Alabama.

"I've dubbed this 'cold-mageddon' because if it can get below 25 below in Chicago that far beyond this polar vortex stuff," Bastardi said.

One of the most dangerous aspects of this deep freeze is how long it will stick around. Parts of the Midwest could be experiencing those sub-zero temperatures for 48 to 72 hours. For some areas it's coming on the heels of a snowstorm, making for dangerous travel conditions.

For reference, by Wednesday, Chicago could be colder than Mount Everest, Antarctica and even Siberia.

"I tweeted back on Jan. 10 there's going to be big war between the guys saying there's an ice age coming because no sunspots and the other guys saying, well it's CO2…you know what it is, it's nature. Of course it's nature. How did it happen before? The same way it's happening again," Bastardi said.

It's not only the Midwest being affected by the Polar Vortex. In the South, temperatures are way less severe but still much colder than residents in those areas are used to, and the severe cold could be accompanied by ice and snow.

In Atlanta, where the Super Bowl is happening Sunday, flights have been canceled, schools are already being canceled and emergency preparations are underway.