'Have You Asked God to Use You Today?' FedEx Worker Prays for Heartbroken Woman, See Her Tear-Filled Viral Video 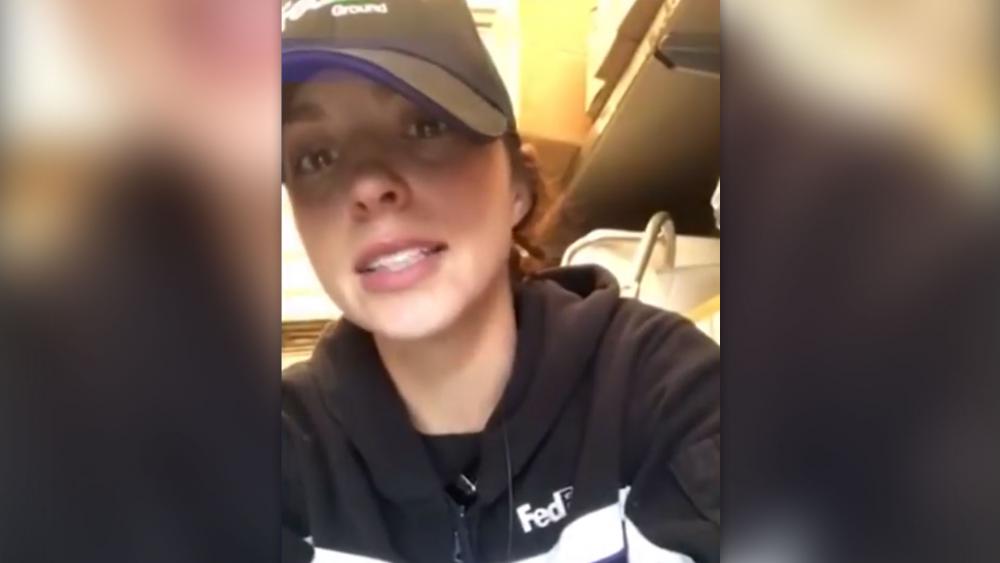 A heart-warming video has gone viral, revealing one woman's mission to live out her faith at work, while delivering packages in South Carolina.

Amanda Riggan works for FedEx as a full-time employee. She is also the founder of Hungry Heroes, a non-profit organization that was formed to feed first responders.

Her compassion for people is on display in a tear-filled Facebook video she made, sharing how she met a woman who appeared to be very sad. "He's sick – my husband is sick," said the woman. "He has cancer."

The two talked for a few moments before it was finally time for Riggan to leave.

She went on to deliver what was left of her package load, until Riggan became aware of her heart pounding. She felt the Lord was calling her to pray for the woman she had just met. Riggan answered the call and returned to the woman's house.

"She had tears in her eyes when she saw it was me. She just smiled," said Riggan after the woman answered the door. "I said 'Ma'am can I pray with you?' And she just broke down."

Riggan prayed for the woman and her husband.

"A lot of people want the Lord to use them. For me, I pray every day for the Lord to use me," she explains. "When he is trying to use you, or when you feel that call and that tug on your heart strings, do you move your feet?"

"I have one hundred stops. I easily could have just went about the rest of my day thinking about it," she says.

The moral of the story for Riggan was simply, "When you feel those tugs on your heart strings, and you feel like you need to do this, stop and do it."

"That was one of the most genuine hugs I've received in a long time," said Riggan.

At the time this article was written, her viral video had already received 20 Million views and more than 400,000 shares.

Franklin Graham, president of Samaritan's Purse and the Billy Graham Evangelistic Association, was among those who were touched by Riggan's story.

Graham challenges his readers saying, "How about you? Have you asked God to use you today? He just might use you to deliver hope or encouragement to someone who really needs it."