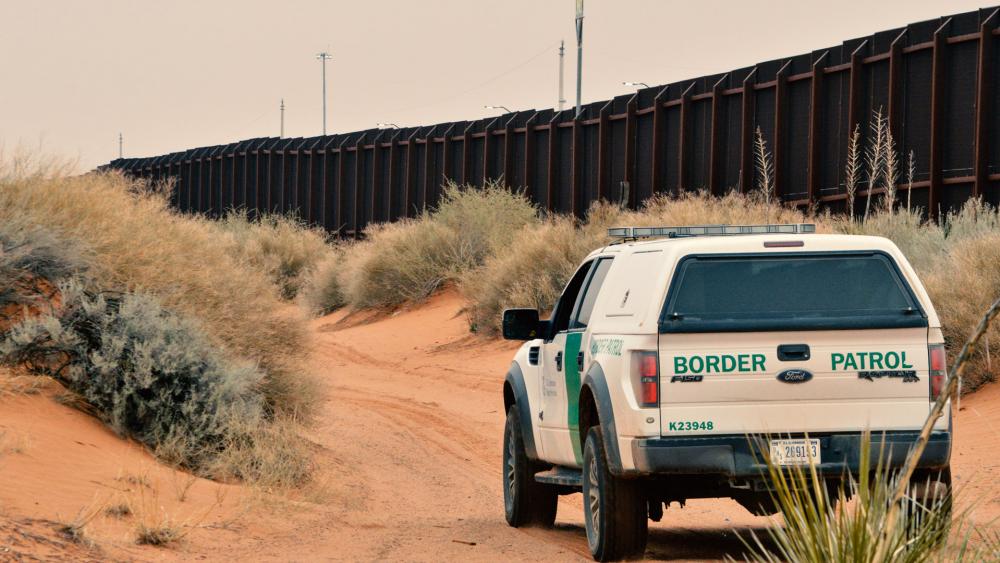 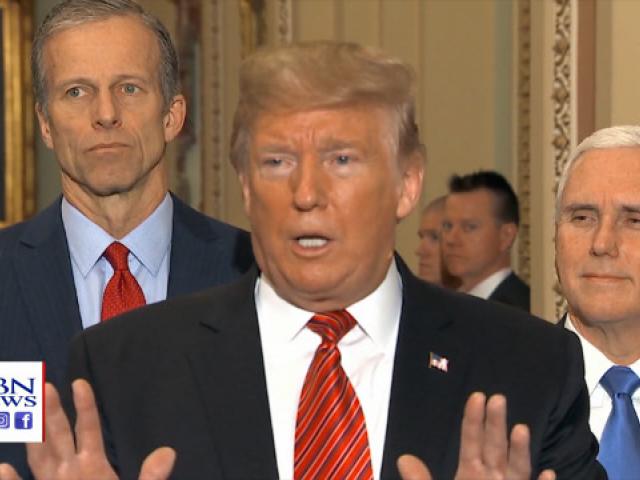 President Donald Trump is heading to the US-Mexico border today, and as the impasse over funding for a barrier drags on, there are questions about whether it could push him into declaring a national emergency.

As he was exiting the White House Thursday morning, Trump said, "I have the absolute right to declare a national emergency... if I have to, I will." He says that's what his lawyers have advised him, but he's not at the place yet of making that decision.

That announcement comes after a terse meeting between the president and Democratic leaders over the government shutdown, which is now in its 20th day. That attempt to reopen dialogue reportedly lasted just minutes.

"They demanded once again that before any negotiations could begin that we would have to agree to reopen the government," said Vice President Mike Pence.

"Unfortunately, the president just got up and walked out," said Senate Minority Leader Chuck Schumer (D-NY). "We saw a temper tantrum because he couldn't get his way."

"Not once have the Democrats offered anything back," said McCarthy. "The way they have displayed, and their behavior is embarrassing to me.  And the way to come out to this floor and talk about a meeting in a manner that did not take place in there is disturbing to me."

"So, I tell the Democrats, 'get back into the room'," continued McCarthy.

Trump also met with congressional Republicans at the Capitol, urging them to stay unified.

Some, like Alaska Sen. Lisa Murkowski (R), have rejected the shutdown.

"I continue to stress that there is no good reason for a shutdown," Murkowski said on Twitter.  "The reality is thousands of federal employees & contractors have no paycheck in sight, small businesses that rely on them are suffering & there's no reason they should be held hostage to a political dispute."

I continue to stress that there is no good reason for a shutdown. The reality is thousands of federal employees & contractors have no paycheck in sight, small businesses that rely on them are suffering & there’s no reason they should be held hostage to a political dispute. pic.twitter.com/VBMNUACU78

But the president argues GOP leaders are on the same page.

"Republicans are totally unified. but now if you would ask the same question to the Democrats," he said.

The president's comments came just one day after he spoke from the Oval Office calling the southern border situation a humanitarian and security crisis.

As he signed a new law that cracks down on human trafficking, Trump said securing the border is necessary to stop trafficking.

"We cannot defeat the menace of international human trafficking if we do not secure our border," said Trump.

This Friday, federal employees won't be getting paychecks. But the president insists they still support him.

"These are terrific patriots," he said. "A lot of them agree with what I'm doing."

A top union official disagreed with the President's claim. "We oppose being held hostage," said J. David Cox, national president of the American Federation of Government Employees. "We oppose being collateral damage. We oppose the use of extortion instead of reasoned debate."

Eight house Republicans joined Democrats to pass a bill to keep the US Treasury open, so tax refund checks can continue.

Meanwhile, CBN News has learned that Vice President Pence held a conference call with more than 200 faith leaders Wednesday in an attempt to rally support for the President's position on border security.

White House administration sources say Pence stressed the humanitarian angle as well as the drug crisis at the southern border.