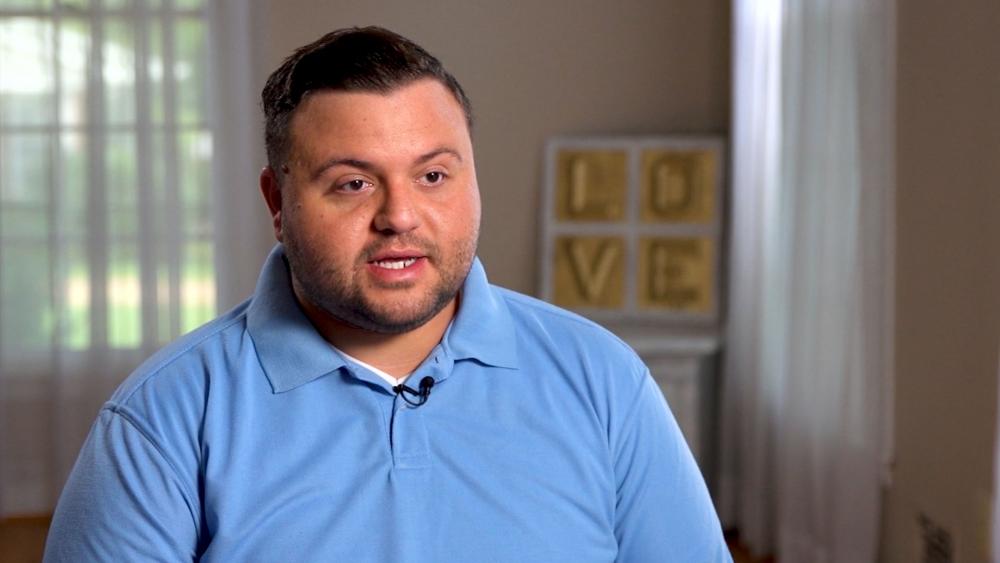 In major cities across the country, Jeffrey McCall organizes freedom marches.  These events feature men and women who have left the LBGT life.

One of the speakers is McCall himself, who struggled with homosexuality and drugs until the age of 23 when he decided he was in the wrong body and began living as a woman named "Scarlett." As Scarlett, he began drinking heavily and prostituting his body. During those two years, he was secretly watching Jentezen Franklin's sermons on YouTube. Jeffrey surrendered to God soon after hearing God tell him "You will live for me."

"I started struggling with same-sex attraction around twelve, and around fifteen years old I acted on it, "McCall told CBN.

McCall always wanted love. But over the years his sexual encounters left him feeling empty and used.

"So, from 18 to 23, I lived in Nashville, Tennessee.  And in those years, my whole identity was in being homosexual," he said.

"I just partied and would shop, and that was my life, shopping, partying, and whoever was my boyfriend at the time. I was addicted to drugs. I was taking a ton of Xanax and smoking crystal meth," he recalled.

"I'm about 6'4" almost, and I weighed about 160 lbs. at that time. I was very sick. So, I knew that if I didn't leave Nashville physically, I would die," McCall confessed.

He moved to Georgia to attend college.  Four years later, he had a degree, and a new identity -- Scarlett.

"The summer after graduating, I did my first drag show. I had grown up around a lot of transgender, transsexual drag queens because I had a family member who did shows," McCall explained.

"And after that summer, I started living as Scarlet and I would start dressing and-and I started even dating men as Scarlet. And so, from there, it fed it even more that, you know, this is who I am. I'm in the wrong body," he said.

"That's when the drinking really heavily began," he told CBN.

One wild night, McCall got violently drunk and threatened to commit suicide. He spent two days in the psychiatric ward of the hospital.

"Here I was hitting rock bottom. I'm in graduate school. I'm prostituting my body. I'm with all these different guys. I'm drunk every other day, I have nothing, really," he admitted.

While living as Scarlett, McCall had a secret. Behind closed doors, he was listening to Jentezen Franklin, the pastor of Free Chapel.  It was a church McCall had visited twice while in college.

"He would come on television, or, I would look him up on YouTube. I would listen to him and the Holy Spirit was using it to convict me of sin," McCall said.

"And it was around the last semester of graduate school, I was sitting in my room and I was just crying. It was really, really late at night. And I was just weeping. I spoke to God, through my crying and weeping, and I said, "God, I know people live for you, not just go to church on Sunday, not just play a religious game, like something happened and their life was transformed. And I said, 'Will I ever live for you?' My voice went silent. My thoughts stopped. And I heard God say, 'Yes, you will live for me,' he recalled.

A few months later, McCall made a difficult decision.

"I'm going to throw away the hair, the makeup, the clothes, the shoes, and everything that I have as Scarlett. So, in June of 2016, I threw it all away. I went to a dumpster and I just threw my whole life away. And it wasn't a joke to me. It wasn't something I took lightly. I was planning to transition and have surgeries and change my body. So throwing that away was a huge step," he said.

"And I thought maybe I'll just give God a chance. He did speak to me and said I was going to live for Him. And that summer the Lord and I began to try to have a relationship," he continued.

"It was almost as if God, that summer, stripped everything I learned from the church, from the LGBTQ community, from everyone and said, 'Everything you've heard, just throw it out and I'm going to lay a clear foundation for you,'" McCall told CBN.

One night after church, McCall received another message from God.

"And I made the video and thousands of people viewed it. And I started getting messages and calls like, 'You can't leave homosexuality. You're transitioning. Like, This is who you are. What do you mean you're just leaving everything?'" McCall noted.

"When I started losing the friends and some family members, my relationship with the Lord just kept blossoming. The day that I made the Facebook live video, that was the day I was filled with the Holy Spirit. The Bible became completely alive to me," he recalled.

"All of a sudden, I had a peace and joy I hadn't had since I was a little, little, little boy – that peace and joy of like everything was lifted. And then the Lord started speaking to me and said, 'Go out and share.' My whole life's purpose now is to continue to share Christ's love," he said.

"Not just speaking of it, but acting it out, showing it to the people that He loves them, that He wants them. This is so real it's like having the best thing you could get in the world and you want everyone to have it," McCall continued.