After Storm, Large Swath of Nation Plunges Into Deep Freeze 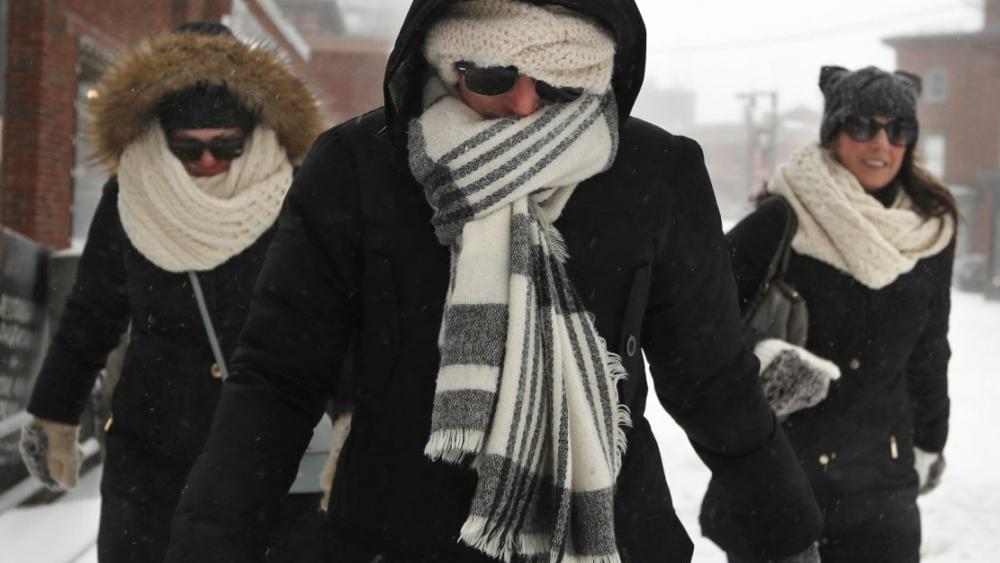 BOSTON (AP) — Bitter cold is setting in after a major winter storm blanketed a wide swath of the country in snow, sleet and rain this weekend, creating dangerously icy conditions that promise to complicate cleanup efforts and make travel challenging on Martin Luther King Jr. Day.

Some of the coldest temperatures felt so far this season started to set in across the Midwest and Northeast Sunday and are expected to plunge further overnight.

Wind chills will bring temperatures into teens in the New York City area and down to 40 below zero in upstate New York, the National Weather Service predicted.

In New England, they’ll fall to as low as 20 below zero around Boston and as low as 35 below zero in parts of Vermont, Maine and New Hampshire, the service said.

Temperatures across the Great Lakes, Ohio Valley and the Mid-Atlantic will drop 10 to 20 degrees below average, the service said.

“It’s life-threatening,” said Ray O’Keefe, a meteorologist with the National Weather Service in Albany. “These are dangerous conditions that we’re going to be in and they’re prolonged, right through tomorrow.”

The freeze will follow the weekend’s run-ins with power outages, canceled trains and planes, overnight stays at the airport and traffic jams.

Utilities in Connecticut reported more than 20,000 customers without power by Sunday afternoon.

“We had more freezing rain and sleet than we expected,” Hartford Mayor Luke Bronin said Sunday as public works crews across the state raced to clear and treat major roadways before dangerous black ice could form.

Amtrak canceled trains across the Midwest and Northeast over the weekend but promised full service would resume Monday. Boston’s transit system urged commuters to allow 10 to 15 minutes of extra travel time and warned of icy conditions for pedestrians come Monday.

The storm — caused by the clash of an Arctic high-pressure system with a low-pressure system coming through the Ohio Valley — wreaked havoc on air travel and other forms of transportation all weekend.

More than 1,500 flights were canceled nationwide Sunday, according to FlightAware, a flight tracking company.

Xavi Ortega, a 32-year old engineer from Spain, said he and his wife slept overnight at the airport after their Saturday night flight home to Barcelona was canceled. He said the couple hoped to board a flight Sunday night.

“We’ve been sleeping, playing Candy Crush,” Ortega said when asked how’d they been passing the hours.

In the Midwest, where it dumped 10 inches (25 centimeters) of snow in parts, the storm caused a plane to skid on a slick runway at Chicago’s O’Hare International Airport on Saturday, though no injuries were reported.

In Kansas, a snowplow driver was killed when his vehicle rolled over, and in southeastern Missouri, slippery conditions caused a 15-vehicle crash on Interstate 55 on Saturday.

Manhattan saw mostly rain while places along Connecticut, Rhode Island and Massachusetts’ coast recorded 2 to 5 inches (5 to 13 centimeters) of snow.

New York’s Adirondacks registered up to 20 inches (51 centimeters) while western Massachusetts’ Berkshires saw as much as 10 and parts of northern New England were on track to approach 24 inches of snow.

Nicholas Nicolet and his 6-year-old son Rocco welcomed the fresh powder as they cross-country skied on the sidewalks of Montpelier, Vermont early Sunday morning.

“We think it’s great,” Nicholas Nicolet said during the storm. 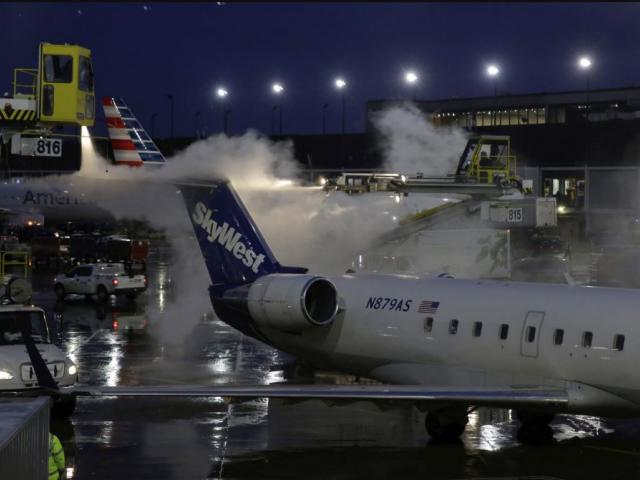