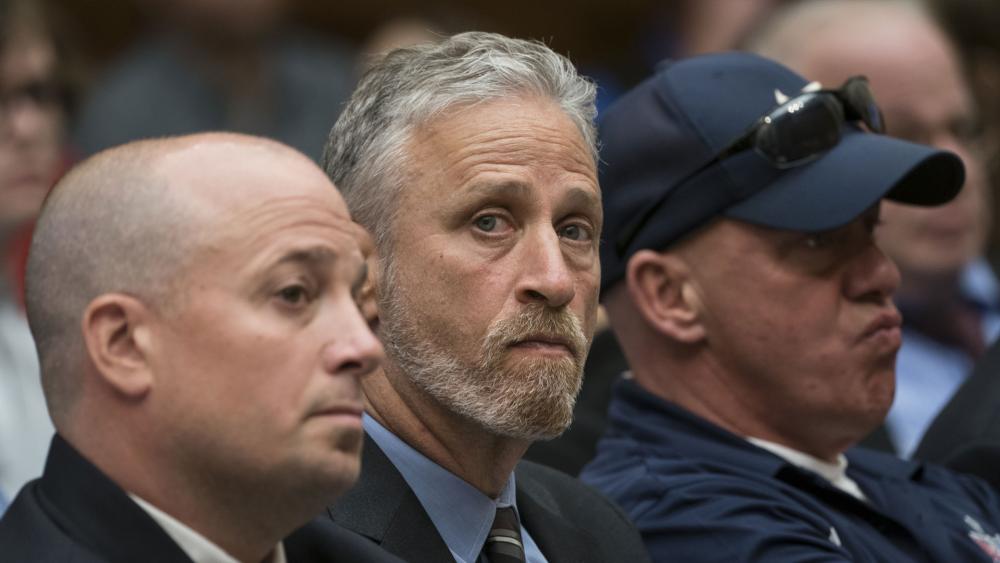 CBS reported that the bill will now go to the floor for a full vote in the House of Representatives, where it is likely to pass. Then it will head to the Senate.

Stewart had strongly chastised Congress on Tuesday, speaking on behalf of first responders who were made sick by working in the toxic debris of Ground Zero after the 9/11 attacks.

The collapse of the twin towers of the World Trade Center left harmful dust and hazardous fumes in the air as the fire burned for days.

In the years since, many have seen their health decline, some with respiratory or digestive-system ailments that appeared almost immediately, others with illnesses that developed as they aged, including cancer.

Stewart called on Congress to make sure that a Victim Compensation Fund (VCF) doesn't run out of money. It's a battle he has fought for years.

Stewart says Congress has ignored the plight of these victims, often playing politics with the funding they need for life-saving medical treatment.

"Your indifference cost these men and women their most valuable commodity - time!!!!! It's the one thing they're running out of," Stewart said.

"They responded in five seconds. They did their jobs - with courage, grace, tenacity, humility. Eighteen years later - do yours!!!!  Thank you," he added.

The meeting, held in the full committee hearing room, was meant only for subcommittee members.

The sight of a row of empty seats fueled Stewart's anger.

Twelve of the 14 subcommittee members did attend the hearing.

The House Judiciary Committee is expected to vote on bill HR 1327 which will permanently fund the VCF. The bill was introduced in the House on February 25, 2019.

Judiciary Chairman Jerry Nadler (D-NY) made a statement on the need for permanent authorization of bill HR 1327.

The audience exploded in applause during the hearing when Stewart offered a reversal of events.

"This hearing should be flipped. These men and women should be up on this stage, Congress should be down here answering their questions as to why this is so d*** hard and takes so d*** long" Stewart said.

Nadler closed his statement praising the responders for their dedication to duty. "All the responders on our panel echoed the same sentiment—there was nowhere else they would rather have been than at Ground Zero on 9/11."