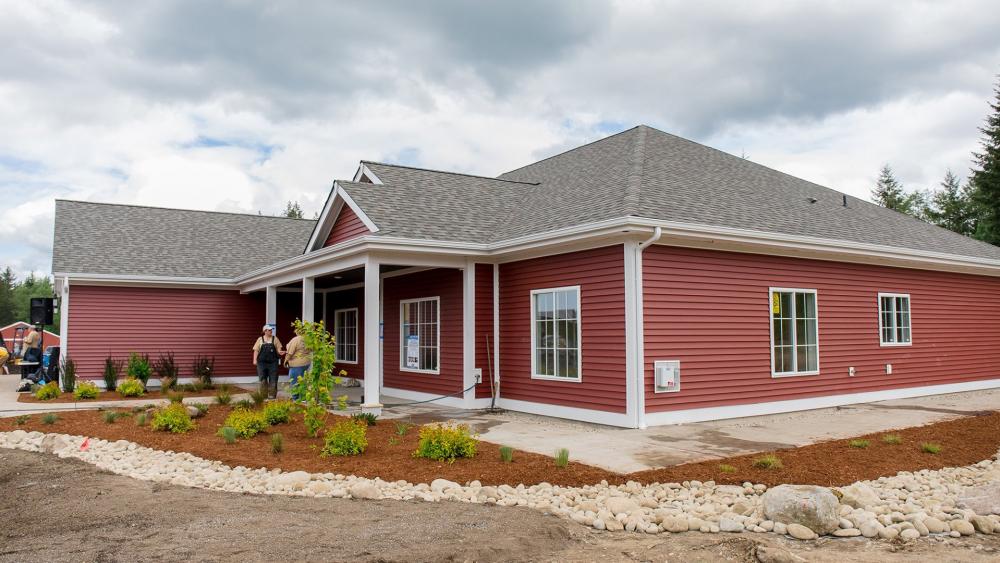 An example of one of the homes built for military veterans by the Homes for Our Troops organization. (Image credit: Homes For Our Troops/Facebook)

A non-profit charity is helping wounded US veterans start a new chapter in life, building new homes for those who have suffered severe injury during their time in service.

So far, the Homes for Our Troops organization has built 278 homes for injured veterans nationwide, according to the organization's website.

The charity recently built and gave a new home to one Oklahoma soldier.

KOCO-TV reports Army Specialist Adam Putt was serving as a rifleman with the 2nd Battalion, 3rd Infantry, 3rd Stryker Brigade, 2nd Infantry Division, when he lost both legs on Aug. 2, 2007, in an improvised explosive device blast.

Putt's new home contains more than 40 major special adaptations, including widened doorways for wheelchair access, a roll-in shower and kitchen amenities that include pull-down shelving and lowered countertops, according to the charity's officials.

The home was presented to Putt on Saturday in Newcastle, OK.

"Injured veterans lose their mission and goals, not just limbs. In this home I will regain my freedom and independence, enabling me to carry on another mission," Putt told the television station. "Having a new home gives me the freedom to pursue my education and enjoy activities with my children."

The organization reports it currently has 82 more homes underway nationwide.  You can find out more about the non-profit, including the veterans it has helped, a home build project map, and how you can help, on their website.