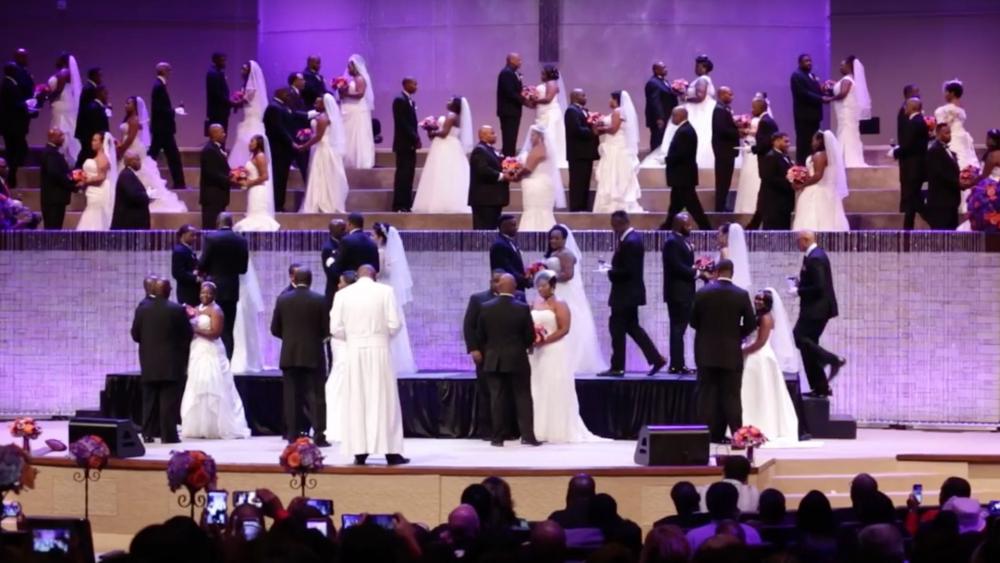 Pastor Bryan Carter of Concord Church has a message to unmarried couples who live together – get married or move out.

It's a message Carter says comes at a time when traditional marriage seems unattractive.

"Cohabitation has really become an alternative to marriage and so, so many people, about 60 to 70 percent of people live together before they're married," Carter said in an interview with CBN News. "And we just believe that a covenant marriage is a much better alternative to just living together."

Carter shared some of the reasons he has heard from couples who choose to live together instead of getting married.

"A number of people, they have a fear of divorce, a fear of breaking up," he said. "So, they decide to test out the relationship. So a lot of people believe if I can try the person out first, then it helps me to know whether or not I really want to marry or commit to them. Some do it for financial reasons. Some do it because they haven't seen healthy models, and so they're just trying different ways to try and achieve a healthy relationship."

He added, "We believe that, not only do we want to teach people that marriage is much better than just me testing you out. Marriage is a commitment. It's a covenant relationship between two people and God. And so for us, we believe it's the best alternative."

For couples who say yes, Carter and his congregation offer some sweet incentives.

"We offer three options," he said. "The first option is we said, 'hey, we want to encourage you to move away from this being an option in your relationship. Just take it off your list.'"

"The second option we give to people was to move out, and we would pay your first month's rent. The reason we do that is that most people, when it comes to living together, they don't decide to live together, they slide into living together. So, one day becomes a week.  A week becomes a month. One month becomes six months. And so sometimes you can get stuck in a relationship that you really don't want to be in, nor doesn't honor God. So we wanted to pay your first month's rent to help you transition out into a relationship or to move out so that you can begin to honor God in your walk with him."

"And then finally, for some couples that are together, know they want to be committed, we said, we'll have you married in the next 90 days. I want you to meet me after service and we'll put you on the path to marriage," said Carter.

"We'll put you through 11 weeks of relationship classes about how to be a husband, a wife; how to work through conflict; how to manage money; all the basics. And at the end of that journey, we'll give you a free wedding, free tuxedo, free dress, free rings, free flowers. We'll take care of all the wedding while you focus on the relationship so that you can step into a path of honoring God in your life." And for Carter, encouraging couples to marry is nothing new.

"We've been doing this for 10 years now," he explained. "Every three years we do it again. And we've married close to 60 couples that have been part of this journey. And our recent invitation, we had close to 50 couples come forward and say we want to join the marriage challenge and they're in counseling now and so potentially in September we could have a large wedding celebrating their journey as they step into a God-honoring marriage."

In the end, he said his mission is much more than getting couples down the aisle. "Our hope is that we believe in building strong marriages and strong families," said Carter.

"And we believe a strong marriage gives a great foundation for your family and your future. So, our hope is to lift up a high view of marriage; that marriage is so much better than me testing you out, just me living with you for a season without a commitment. We believe that a strong marriage can bring about a strong family and strong families help transform strong communities," he said.