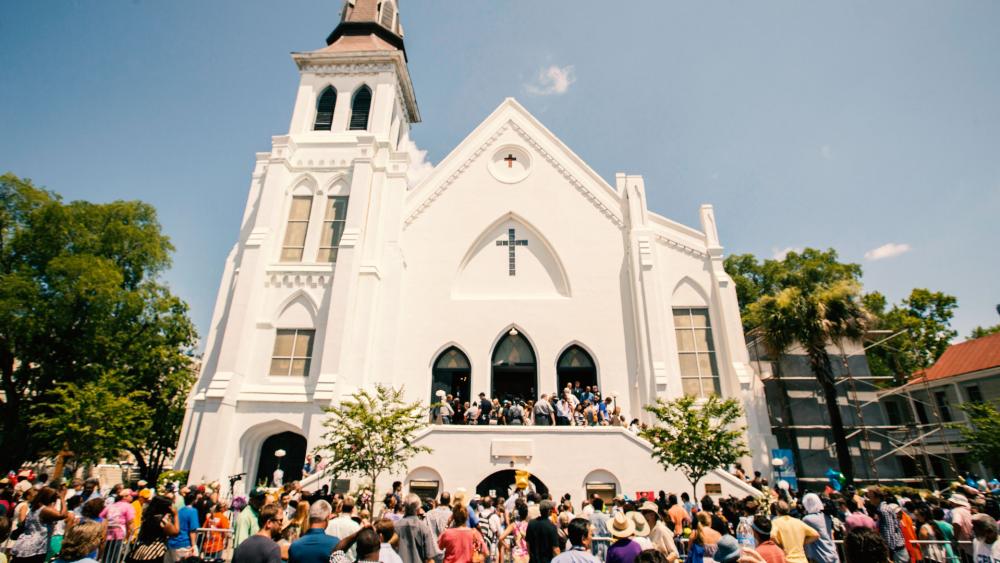 CHARLESTON, SC – They are known to many as the Charleston Nine. All gunned down at a Bible study in the basement of Mother Emanuel Church in Charleston, South Carolina on June 17, 2015.

Their lives and that day are now being remembered on the big screen in the documentary film, "Emanuel."

"It sounded like a transformer blew. The shots came so regular," said a survivor.

A Story that Needs to Be Told

Rev. Daniel Simmons, Sr., was the second to be shot. Rose Simmons is his daughter.

"It is a [story] that needs to be told. It really chronicles the lives of the family members and survivors. And it shows the impact of that night," Simmons said.

The impact of that night and what followed is what Hollywood stars like Mariska Hargitay, Viola Davis, and NBA star Steph Curry all signed on as the film's producers.

"It's confusing at times in terms of why, and the question of why would God let something like this happen? I go through those type of seasons in my life. It's finding that reassurance that he will never forsake me in terms of anything that I go through. It's just preparing me for something to come," Curry said.

Viola Davis: "This One Really Seared Through Me"

"This one really seared through me, and I will tell you why," said Viola Davis. "As a Christian woman, as a lover of God and Christ, and as a woman of color and a South Carolinian, I was floored by how this man, Dylan Roof, walked into the church during Bible study and how they welcomed him in. It's those kinds of details. But as much as I know about history. As much as I am not surprised by acts of hatred and racism and violence, that one still shocked me."

What also shocked many was that the families of the fallen publicly forgave the shooter.

"I Will Never Talk to Her Again...But I Forgive You"

"I will never talk to her again... but I forgive you," was the emotional statement of a victim's daughter barely 48 hours after the murders.

Rose Simmons recalled, "I remember when I got the call. My mind completely, skyrocketed I would say. That's how fast I moved to think about my father. My thoughts were more about how he's entering heaven. I thought less about how he left this world. And more about his triumphant entry into Glory."

"And that was only through the power of the Holy Spirit," she continued. "It wasn't something that I intended to do. It came upon me. And I believe that is where my peace was established throughout the whole incident.

I asked Simmons what she would like us to remember about her Dad.

"Wow. I love that question," Simmons said. "I love it when people ask me that. I think he had to become his own hero. And I believe that is how he lived his life. He nicknamed himself Super Simmons. And I think in order to do that, you have to have this presence about who you are. And I believe he always knew who he was. And what he wanted to do and achieve. And everything he set out to do, he did it," she said.

The film, "Emanuel," will be in theaters two nights only - Monday, June 17 and again on Wednesday, June 19, which is the anniversary of the day the families forgave the killer, four years ago.