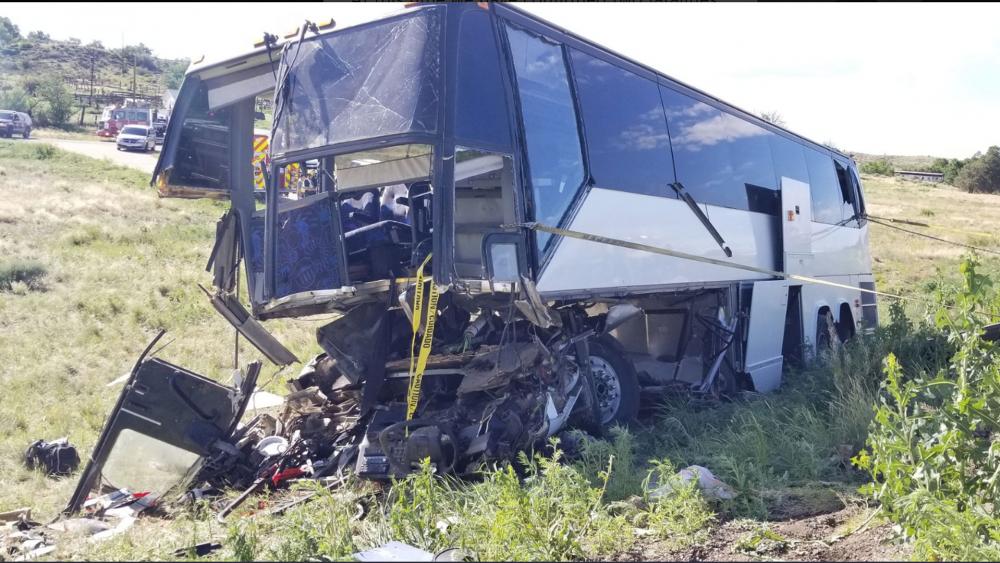 Police are investigating a deadly crash that happened on Sunday,June 23 on Interstate 25 in Pueblo, Colorado.

KRQE in Albuquerque reports that 10 kids and 5 adults were on board the charter bus returning home from a church conference when it drove off the road way and hit a bridge embankment.

The Pueblo Fire Department responded to the crash and said that assistance was needed from multiple counties across Pueblo and El Paso.

There were two confirmed deaths resulting from the crash and 13 others were transported to the hospital, including by an air ambulance.

KOB-4 in Albuquerque reports the bus driver died and may have suffered from a medical issue, causing the crash. Police have not released information on the second fatality.

Prayer requests were shared on social media for the community, family and friends.

University of New Mexico Aquinas Newman Center asked for prayers for the high school students from the church group who were involved in the crash.

Steubenville of the Rockies Youth Conference shared that a group attending their conference was connected to the fatal bus crash.

At this time we have confirmed two fatalities related to this charter bus crash. Our condolences go out to the families of those involved in this crash. We will provide further information as we are able. pic.twitter.com/sijgTQyRON