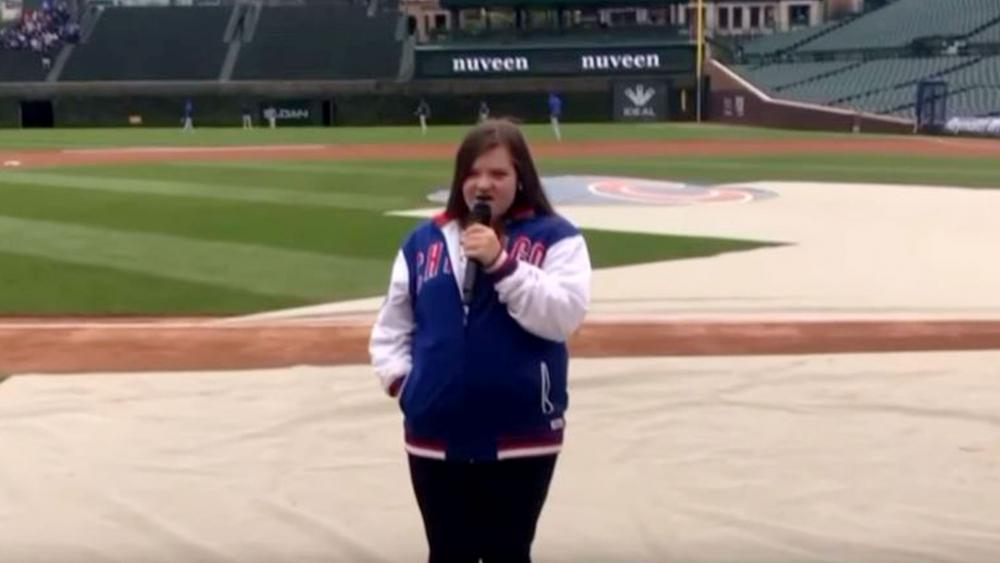 After inspiring her mother to make a difference in the lives of kids who have Down Syndrome, a young girl is preparing to step in front of thousands of baseball fans at Chicago's Wrigley Field Tuesday, just to show people what folks who are born with the syndrome can really do.

Gigi Gianni, 16, will step up to the microphone at hone plate and will sing the National Athem before the ball game.

"This voice came out of nowhere and she just belted it out," Nancy Gianni, Gigi's mother told WGN. "She knows she is out there singing … to make a difference.

Nancy says her daughter hopes the exposure at the ball park will help bring awareness to Down Syndrome.

"She just wants to prove to everyone what people with Down Syndrome can do," Nancy told the television station. "To finally, I guess get the respect that she deserves, and the platform that she deserves."

Nancy founded Gigi's Playhouse after her daughter was born. The playhouse now has more than 40 locations across the country. More than 30,000 people of all ages participate at the locations where they have access to therapeutic, educational and career training programs.

In addition, the mother and daughter team share an office, and travel to all of the playhouse locations in order to make sure they're helping the people who need it.

According to WGN, each location has fitness rooms where kids take and teach classes, receiving tutoring where people can learn how to be more independent, and cafes like Hugs and Mugs, where they can get real on-the-job training experience including working behind a counter or taking customers orders.