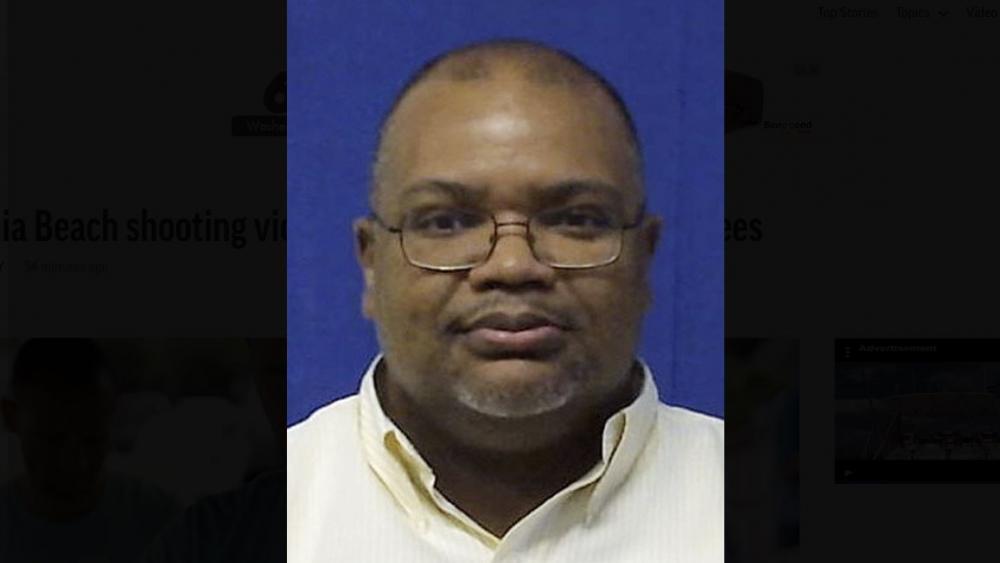 Ryan "Keith" Cox. Two survivors of the shooting say he died a hero, saving many lives. (City of Virginia Beach via AP)

Ryan Keith Cox, the son of Pastor E. Ray Cox of New Hope Baptist Church, was identified as one of the victims.

In a Facebook post, Ervin Cox, Keith's brother, expressed his sadness over the loss of his brother.

"My heart is hurting because my baby brother was murdered today by the shooter in Virginia Beach mass shooting," he wrote. "I won't hear his beautiful singing voice at church or home anymore. I loved my brother and will truly miss his caring soul. Until we meet again in heaven."

Keith Cox worked as a public utilities account clerk with the City of Virginia Beach for 12.5 years.  He also attended New Hope Baptist where he served on the worship team.

In a Facebook post Saturday morning, Kenneth Robinson, a former music minister at the church, gave his condolences.

"Just found out this morning that one of my former choir members and friends KEITH COX, son of Pastor E.Ray Cox of the NEW HOPE BAPTIST CHURCH in VIRGINIA BEACH was one of the 12 victims killed in the mass shooting yesterday," Robinson wrote.

"I served as minister of music there for several years. Keith was one of my main go to lead singers!! His beautiful voice and spirit will be dearly missed!! Thoughts and prayers are going up for the Cox family and the entire New Hope Baptist Church Family," he continued.