'We Can't Save Him...Pull the Plug': How Country Star Randy Travis Fought His Way Back from Devastating Stroke, Coma 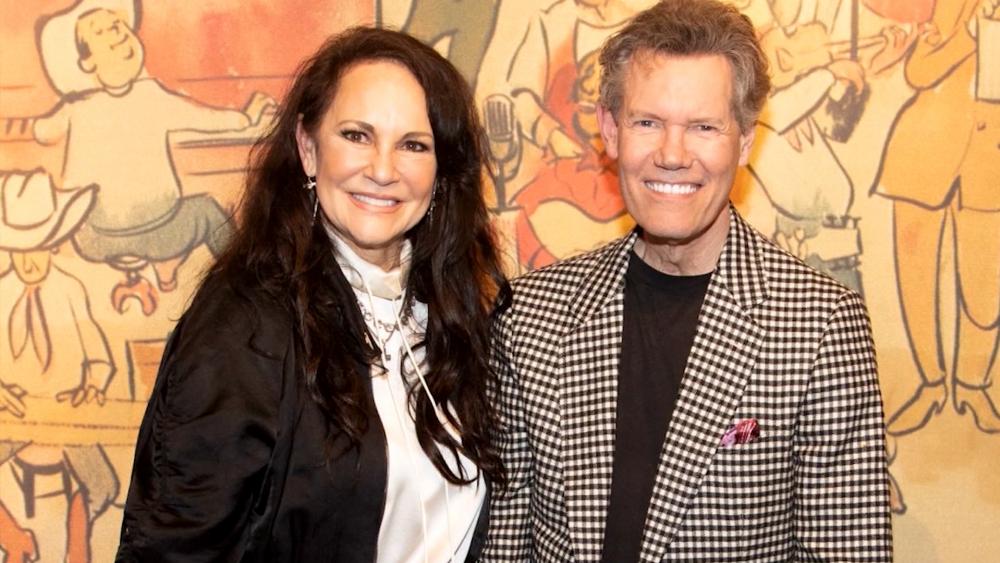 NASHVILLE, TN – At Nashville's Grand Ole Opry, you might say Randy Travis' voice still lingers on stage... and on the walls backstage, where we found Randy and his wife, Mary, admiring his many photographs with country music friends.

When I spoke with Randy and Mary backstage at the Opry in 2019, I asked them what it's like coming back each time. "Good," Randy said. "It's like coming home," Mary agreed.

Randy had come to his music home to celebrate his 60th birthday roughly six years after being in a coma and surviving a stroke that nearly ended his life.

Forever and Ever, Amen

Mary and Randy share the story of their ordeal in a new book, Forever and Ever, Amen: A Memoir of Music, Faith, and Braving the Storms of Life.

In it, Mary says it was Randy's decision not to pull the plug and let him die after the devastating stroke that left him in a coma. I asked her what gave her the sign that let her know Randy wanted to fight.

"I went to his bedside. And I knew what the doctors had told me," she continued. "And that was that we can't save him. We can't do anything else. Pull the plug. That was what the typical medical journal will tell you. What I tell the world is that God doesn't read medical files! He's not interested. So, I went to his bedside and I said, 'Honey, baby, you have got to let me know if you want to keep fighting.'

"And he gave me the answer that I needed. He squeezed my hand and we hadn't gotten anything out of him as far as movement or responses for days. So, that was huge. It was a turning point. So he squeezed my hand and I saw a little tear form and it fell down the side of his cheek. So it was full steam ahead," Mary said.

Randy is still on a long road to recovery and has difficulty speaking. But he shares details of his struggle in Forever and Ever, Amen – a familiar title that's also the name of his third number-one single.

But Randy's favorite song is an old familiar hymn that he surprised fans by singing at his induction into the Country Music Hall of Fame, three years after his stroke – Amazing Grace.

"He got up there and he took that microphone, and it was like he had never skipped a beat. He sang all four verses. And everybody in the place, there was not a dry eye, at all," Mary recalled.

The plan was for Garth Brooks to help Randy sing the song, but Randy forged on alone. "Garth was back there. Garth said 'it just tore me up. I am supposed to be there helping'" Mary said.

Amazing Grace is one of Randy's favorites because it's a grace he received in one of his toughest times, including an infamous arrest in 2012, and a bitter divorce battle, which are among some difficult stories Randy and Mary share in the book.

Why share the unflattering details or their lives? "To let people know we're human, too. Randy had fame and fortune, but he wants people to know, as I do, that we still have hurts and pains and disappointments. We still have the challenges that everybody else has," Mary said.

Even with all the challenges, and more recovery ahead smiles still come easy for Randy Travis – especially as we traveled down memory lane from the pages of his memoir.

Like the time his brother grew marijuana, and the horse ate it. And the time Randy got into an argument with his dad and ran off and hid in the woods for two days. I asked him how he survived. "I don't know," he said with a laugh.

And then there's the story of a teenage Randy who breaks into a church with some friends to have a beer party. "Oh, yeah," Randy laughed.

"I guess you were thinking, God will take us anywhere he can get us, right?"