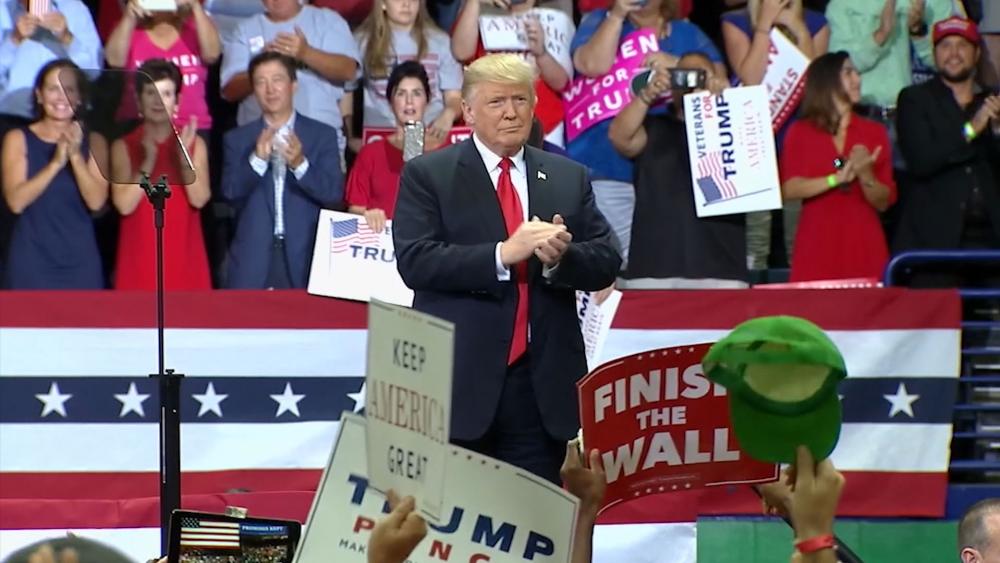 WASHINGTON – A number of political observers are still dissecting the 2016 campaign for answers to how Donald Trump beat 16 Republican rivals and Hillary Clinton to take the presidency.

While historian and author Victor Davis Hanson was no Trump fan initially, his research led to the new book The Case for Trump. He believes the same characteristics and circumstances could lead to victory again in 2020.

Billionaire Brawler: a Breath of Fresh Air to the 'Deplorables'

Trump may have been a New York real estate tycoon, but he aimed his campaign right at Flyover Country, those vast Red State regions of America that the Deep State and coastal elites seem to sometimes deplore.

Hanson suggests in The Case for Trump that the so-called "Deplorables" saw this billionaire brawler as a breath of fresh air. And sort of like chemotherapy to a cancer that could kill the things about America they love.

"He was not going to take anything from the media or the politicos," Hanson said of Trump. "So what the mainstream media saw as uncouth or crass or crude, they thought 'maybe so, but it's going to shock you and kill you before it kills us.'"

One of the author's points is that those who see Trump's win as some sort of fluke don't understand how dissatisfied millions of voters out in middle America were with how the ruling class was ruling them and stifling the economy.

"It might be stagnant because we were over-regulated. We were discouraging energy production," Hanson opined. "And we were not letting the animal spirits out. In other words, we were telling people of talent and experience 'you didn't build that' or 'now's not the time to profit' or 'I think at some point you've made enough money.'"

"They didn't like the talking-down-to: 'Americans can be lazy. Americans can be racist.' The Apology Tour. Seems like when he went overseas, he talked about us as if he was not part of us," Hanson said of Obama. "That bothered people."

Created New Voters, Converted Many Others

Hanson recalled some of the campaign's big selling points, like, "China's not fated to run the world and it's not going to bully you anymore. And you can't have a sovereign nation with open borders. And there's no such thing as deindustrialization. We're going to start building and manufacturing in these old Red State Rust Belt cities."

It turned many non-voters and Democrats into Trump voters in states expected to provide Hillary Clinton the winning margin.

"He was able with this message and this delivery to make five to eight to nine million people turn out to vote," the commentator explained. "They were the ones that gave him those narrow margins, that flipped all those states."

When it came down to choosing, Hanson told CBN News, voters saw clear differences between the old ways of Washington or a Trumpian future.

"I think most people who voted for Trump thought that it wasn't just Trump in a vacuum. It was a Manichean choice between 16 years of Obama and Hillary Clinton. And it may be that way in 2020," Hanson suggested, saying of those voters, "They may feel that all there is between them and socialism is Donald Trump."

"Those are not winning issues," the commentator insisted. He said of the current crop of Democratic presidential candidates, "One of the questions in 2020 is how adroitly will they back off from them?"

If they don't, Hanson believes they might re-enact the Left's utter defeat at the hands of Richard Nixon in 1972.

"And they went the full McGovern; crazy stuff," the historian recalled, "Woodstock Nation and all that."

The result? Nixon truly trounced McGovern in the 1972 election.

As Hanson summed it up, "It's the second biggest landslide in history."

What Trump Derangement Syndrome Drives Them to

The author realizes Trump's combative style can be a turnoff for some. But what some call Trump Derangement Syndrome is causing his opponents to also look bad.

Hanson had a few examples Americans have observed recently, pointing out, "Joe Biden wants to take Trump out behind the gym and beat him up. Johnny Depp is talking about 'where's John Wilkes Booth again?' And they see Kathy Griffin holding up Trump's head or Robert De Niro says that he wants to punch him."

"He has an ability to really get under the skin of a lot of people," the author remarked, giving as an example, "Folks like Bill Kristol and his old Weekly Standard people are so enraged at Trump, they're actually rejecting issues that they've supported their entire lives because they feel that Trump's handprints are on them and therefore polluted them."

But Hanson says the Trump base loves his loose cannon ways, explaining, "Trump is capable of saying anything, anywhere, anytime to anyone. And that bothered other people more than it did them. And they just want him to let go. It's almost like cutting the leash on a pit-bull: 'just go out and bite them!'"

Historian Hanson sees in feisty Trump another much-maligned man at the time of his presidency – Harry Truman – who defied those around him to make the world a better place.

"Truman didn't listen to people," Hanson recalled. "I mean, he said 'the Russians can't be trusted. We've got to have containment.' And the Roosevelt guys in the State Department were outraged. The Pentagon didn't want to desegregate the armed forces as rapidly. Dean Acheson and George Marshall said 'you can't recognize Israel. Just don't do that.' And civil libertarians came and said 'We can't have a CIA.' And he did all of these things just as he pleased."

"They're permanent employees who have allegiance to nobody but themselves," the commentator described. "And then it's predicated on always growing. So they tend to be more favorable to progressives and Big Government."

"It's a Soviet-style 'we have the defendant. He's guilty. Just give us the crime now. We've got to find the crime.' So they're going after him in a way like they've never gone after another president," the author suggested.

Hanson predicts voters will look past all the incivility and pick Trump again depending on two factors: prosperity and peace.

"What will be the economy? If we're growing at three percent and unemployment is at four percent or below, he's in pretty good shape," Hanson said of Trump. "And if he avoids a war overseas. Any of those three things will, I think, ensure his election."

Economic Models Point to a Big Win for Trump in 2020 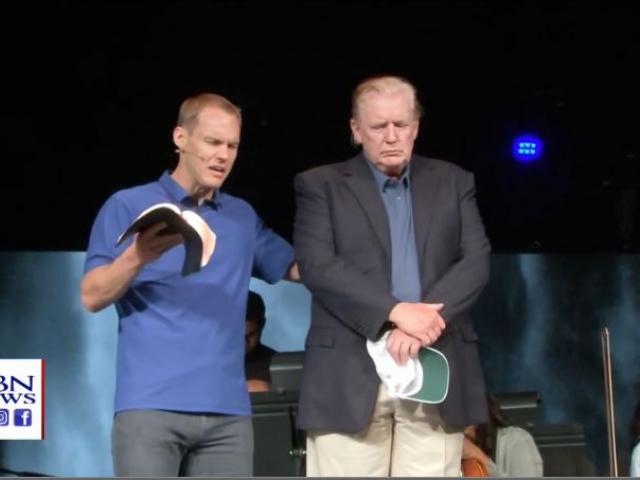 Even Praying for President Trump Comes with Controversy