Don't Know How to Unclog a Sink? You Might Need 'Adulting' School 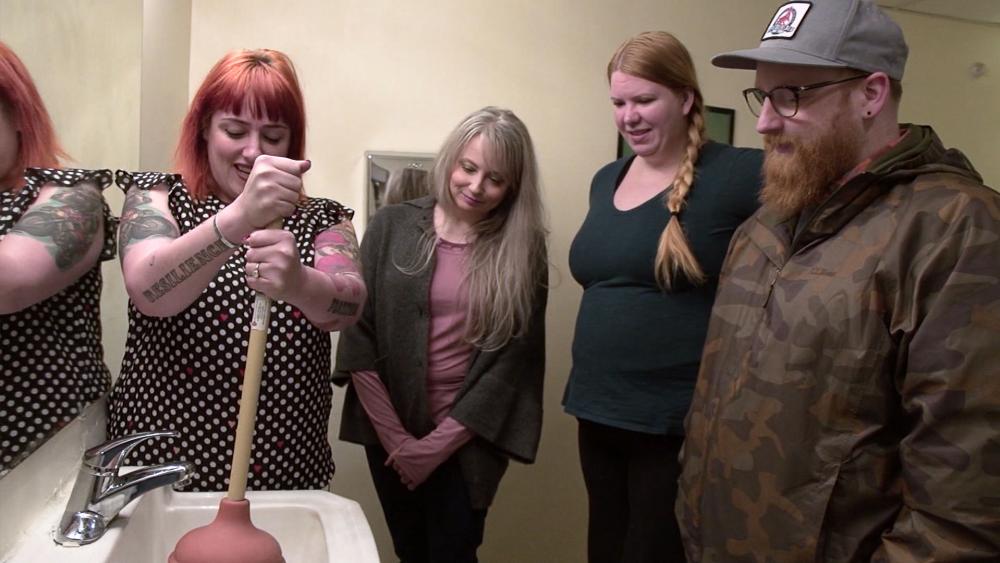 PORTLAND, Maine – At what point does someone become an adult? Baby Boomers and Gen-Xers usually consider their entry point buying a home, or getting married and starting a family.

For the Millennial generation, however, jumping that hurdle isn't so easy. Part of that is because many haven't learned the life-skills typically expected of an adult.

Believe it or not, there's now a class for that.

"Happy Birthday! Grandma gives you $150. Congratulations! Where do you spend it, or do you?" Rachel Flehinger said enthusiastically to a group of Millennials working through Budgeting 101.

Flehinger is the co-founder of Adulting School. It's judgment-free, practical and proving to be invaluable to a generation eager to learn.

Some of the classes are light-hearted. The how-to lessons include: unclogging a sink, folding fitted sheets, patching a wall. Others focus on more essential skills.

"We are going to go through and talk about a basic way how to structure where you spend your money where you put it," Flehinger explained to the students gathered to learn about budgeting.

Launching into adulthood can be tricky, and Millennials, maybe more than any generation before them, have been especially vocal about feeling ill-equipped to hold the title of "adult."

A Generation Not Equipped to Be Adults

"I think I started to feel like an adult when I got my first apartment but I'm not even 30 yet and I'm still of the opinion that being an adult has too many negative things so I just want to stay a kid forever," Brigid Rankowski, an Adulting School student told CBN News.

The term, "adulting" started out as a joke; Millennials using it to describe their efforts to engage in adult behavior.

Then in 2016, the growth in online use led Merriam-Webster to add "adulting" to its "Words We're Watching," list.

The Millennial generation comes by their bumpy transition into adulthood honestly.

"We wanted our kids, or parents wanted our kids to have a college education, so they started activity after activity, after sport, after extra-curricular. And so they're not sitting down together to have dinner, they're going, 'OK grab a sandwich, we have to get to soccer,' 'OK I have to get your sister over to lacrosse and then you gotta go to math club.' Ya know, and then it's like, we're not lifting the hood of the car," Flehinger explained.

Emphasis on Academics Over Life Skills

"There's a lot of emphasis placed in schools on getting us to graduate, getting good academic achievements and not so much on the life skills that we need once we leave the educational system, when we're off on our own and how can we really be independent or interdependent in the world," Rankowski added.

"I don't think it is that obvious what they need to do. There is so much information right now that has never been available before. It's social media, it's Instagram, it's Snapchat. There is always something coming at people right now. And so that's that sense of overwhelm that you get. So when you see that hash-tag "adulting," it's people struggling or celebrating, it's not clear to them," said Flehinger.

She and her friend Rachel Weinstein started Adulting School simply because of the need for it.

"It flushes out all of the noise and it's like, 'Here, just here, here's the information and also here we care about you doing it.' It's not just, 'Ew you're a millennial, you don't know?!' It's, 'Well, nobody taught you, so here you go,'" Flehinger said.

Originally she and Weinstein brought in instructors and hosted pop-up workshops here in Portland, Maine. The demand became so great that they've gone digital. Adulting School now offers classes online so that students across the country can participate.

A necessary gift to a generation navigating a rapidly changing world.