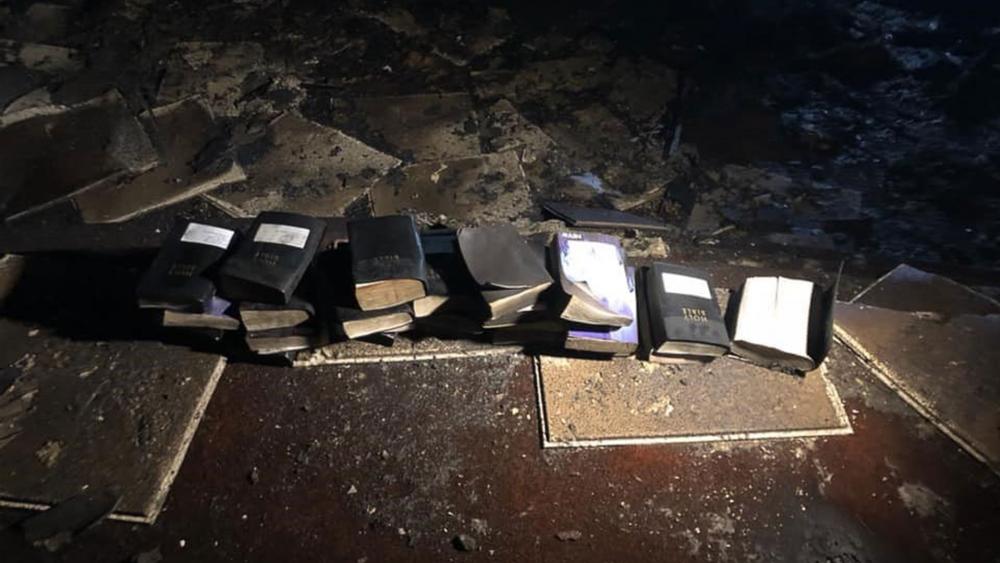 After an intense fire broke out at a church building early Sunday morning, firefighters were amazed to discover that several Bibles and crosses had survived the inferno.

The fire that engulfed the Freedom Ministries Church building in Grandview, West Virginia did a lot of damage. The fire department even said at times, the fire was so hot firefighters had to retreat from the building, according to television station KUTV.

Even though subjected to the fierce heat, the fire department said no Bibles were burned and none of the crosses inside the building were damaged.

The Coal City Fire Department even posted their amazing recovery on their Facebook page.

"On March 3 around 12:58am our department was dispatched to assist Beaver VFD with a structure fire at the Freedom Ministries Church, located in Grandview, WV. Though odds were against us, God was not," the department wrote.

"Picture this, a building so hot that at one point in time, firefighters had to back out. In your mind, everything should be burned, ashes. Not a single Bible was burned and not a single cross was harmed!! Not a single firefighter was hurt! Prayers for the pastor and the congregation today," the post continued.