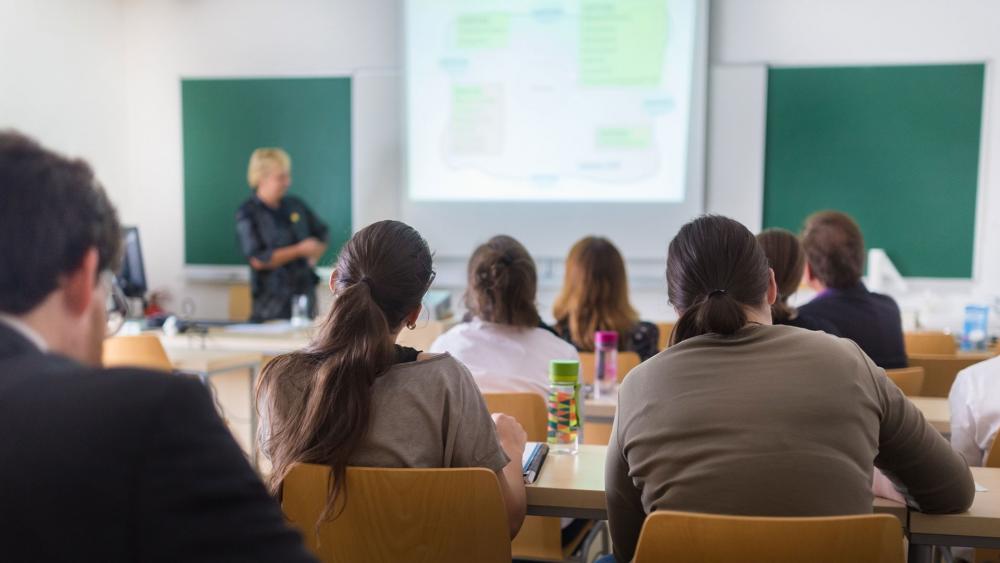 Samantha Sullivan’s parents didn’t feel the need to hector or lecture her before she headed off to college. She was one of those kids who wasn’t in much trouble and held on to her Christian faith throughout her childhood years and throughout high school. But when she arrived on campus, things took an unforeseen and unexpected turn.

‘It’s Pretty Scary’: Colleges are Claiming Souls at an Alarming Rate — but There is Still Hope

In one of her very first classes, a smooth-talking professor came out of the gates swinging, challenging the existence of God by calling the very idea “bull****.” Sullivan, who now works at TheBlaze Media, says it wasn’t long before she completely succumbed to the peer pressure and identified as an atheist.

“I remember my mom, Myspace was a big thing and I remember changing my religion to atheism. She saw the status change on my profile but I’m not sure she took it too seriously,” Sullivan explained.

She went on to explain, in an interview with Faithwire earlier today, there wasn’t any pushback from the students, including herself. The professor’s ongoing assault on Christianity was mostly allowed to stand unchallenged because these incoming freshmen were, understandably, intimidated. This unbalanced assault against people of faith is why Sullivan labels professors who push an ideology ‘predatory’ as opposed to merely ideological.

“I find it predatory because these adults are standing in front of 18-year-olds in a position of power wielding their authority and they’re very convincing. They have decades of intellectual experience on these students. They’re supposed to teach people how to think not what to think. They know they’re in this position and I just find them to be very irresponsible with it,” she said.

Once she delved into the world of full-fledged atheism she said she felt completely lost during that period of time. “I was binge drinking, I was basically failing my classes, and it just wasn’t who I was. My family was worried about me, but I don’t think my mom realized what had happened,” she explained.

Eventually, God opened her eyes and called her back. It wasn’t any single moment, fact, or specific argument that turned her around – she just knew.

“I just remember being at my low point and thinking this can’t continue. The next day I woke up, and I didn’t tell anyone about anything, and I went to church by myself. I remember crying my eyes out because I was so ashamed of that one or two year period of my life. It was very emotional for me to come back (to faith). I remember having K-LOVE on in my Mini-Cooper all the time and so that’s what really drew me back in,” Sullivan says.

As for any parting advice for students getting ready to enter college and for parents of students about to enter college, Sullivan says it’s critical to stay engaged, even if you think your child has a solid faith.

“What I would say to parents is just stay involved. Even if your kids seem strong on the surface, always check in with them. Get to know their professors. Check their tweets. There are so many people on Twitter every day now and you can get a sense of how they think. Try and be involved and have the really tough conversations and give them mental workouts before they go so they can defend themselves.”

You can check out Samantha’s original commentary piece HERE.