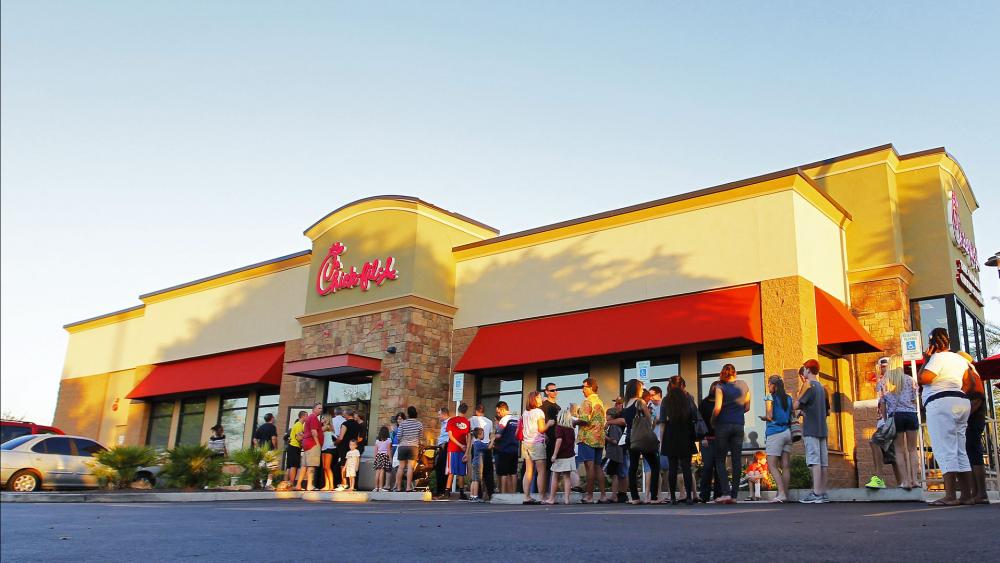 Popular restaurant chain Chick-fil-A is known for going the extra mile for its customers, and now they've done it again. The company is offering fish on their menu at select locations in honor of Lent. Many Lent observers choose to avoid certain meats during the season of fasting, so they turn to fish as an alternative.

Until Saturday, April 20, the day before Easter, the locations will offer a Fish Sandwich, Deluxe Fish Sandwich, and boxed 2- and 3-count fish entrees and meals, served with Waffle Potato Fries.

Many Chick-fil-A customers have turned into avid fans, supporting the company for its stand for biblical values like honoring the Sabbath. Since 2015, the company has sold the cod dishes at select locations during the Lent season.

"I think one of the things that my dad taught me was how to care for other people. My dad told me this since I was a little girl, he said, 'Trudy, if you will help others get what they want in life, you will eventually get what you want out of life,'" said White. "Dad helped me understand this concept that we can look at others and see what their needs are and help them to accomplish what they want to accomplish, and we'll find some great reward out of that. Jesus said it real simple. He said, 'It's better to give than to receive'."

The sentiment founded on biblical principles has been successful for the company. Chick-fil-A has seen monumental growth over the last decade. And their customer service has earned them the reputation as the "top fast food chain" by multiple outlets. Companies such as Forbes and Business Insider have praised the company for its continual care for customers.

Today reports the sandwich will not be available through Chick-fil-A's app or its online menu; however, Chick-fil-A is encouraging customers to "contact their local restaurant directly to determine if it is offering Lenten Fish."