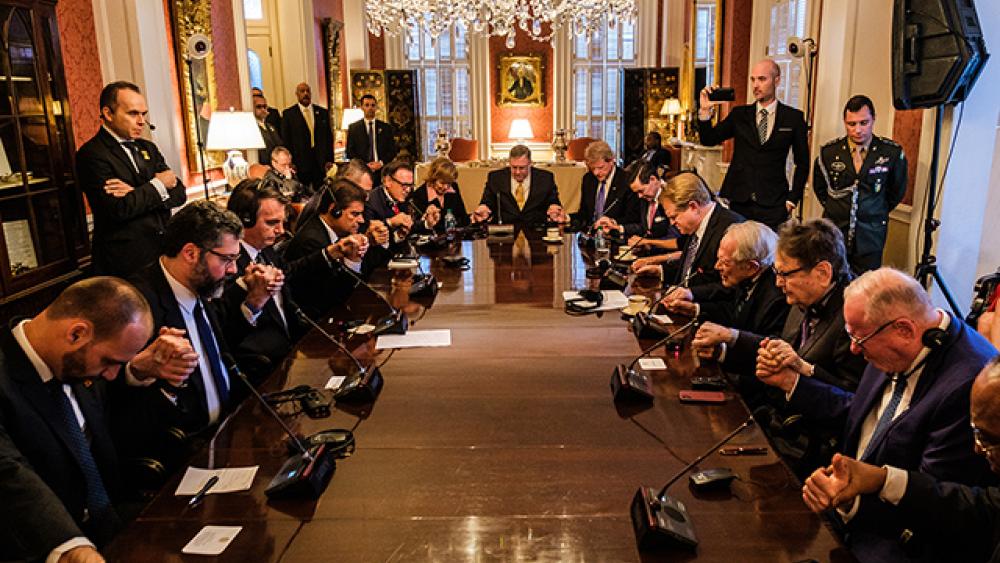 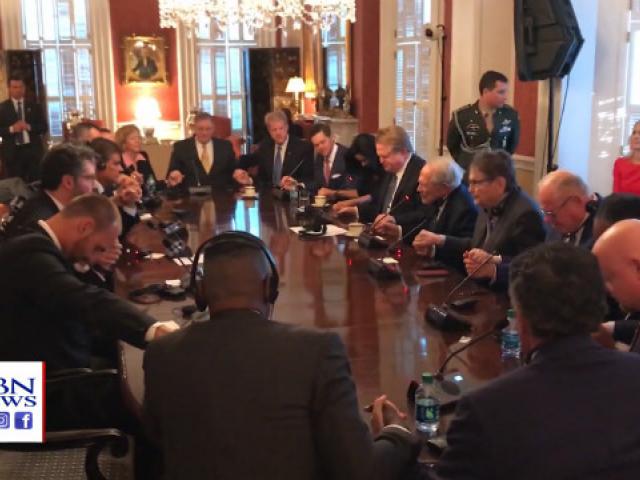 WASHINGTON - More than a dozen Evangelical Christian leaders met with Brazilian President Jair Bolsonaro Tuesday for an intimate conversation on his nation's future.

The group made up of pastors, CEOS and community leaders prayed over Bolsonaro and expressed their common goal of upholding traditional values. "We pray, Lord, the anointing of the Holy Spirit come upon him (Bolsonaro)," prayed Christian Broadcasting Network Founder and Chairman Pat Robertson.

"That he may have wisdom. That he will hear a voice in his ear when he turns to the right or to the left saying, 'This is the way. Walk ye in it,'" Robertson continued.

"Lord, uphold him. Protect him from evil. And, use him mightily in years to come," he finished. During the course of the evening, Robertson called for joint cooperation between Brazil and CBN in order to tackle the humanitarian crisis in Venezuela. The leaders also praised Bolsonaro for his outspoken Christian beliefs.

"We all want blessings from God but the truth is that blessing needs the foundation of salvation," said Christ for All Nations evangelist Reinhard Bonnke.

"If a country is covered in the gospel of Jesus Christ, what a foundation," Bonnke continued.

“It’s encouraging to me to see the president be so passionate about his faith and passionate about taking Brazil in the right direction,”  said Jonathan Falwell, Sr. Pastor of the Thomas Road Baptist Church.

Evangelical Leaders React to Their Conversation with Bolsonaro

The group discussed their shared values including, protection of the unborn and support of Israel.

Bolsonaro is slated to visit Israel at the end of March. In January, Israeli Prime Minister Benjamin Netanyahu said Bolsonaro told him he would follow in the footsteps of President Trump and move the Brazilian embassy from Tel Aviv to Jerusalem.

To kick off the event, CBN CEO Gordon Robertson gifted Bolsonaro with a bag filled with the award-winning Christian cartoon Superbook.

“We some have cartoons for your children that are Bible stories that are all in Portuguese,” said Gordon Robertson.

“Our desire is to give these stories for free to all the children of Brazil. We want them to know the stories of the Bible so that they can be raised in righteousness so the next generation following you will be able to lead Brazil,” he continued.

Since its inception, the CBN-produced cartoon has now been broadcast in over 106 countries, translated into 43 languages, and viewed by over 500 million people. Brazilian President Jair Bolsonaro to CBN News: 'I Had Massive Support of the Evangelicals in Brazil' 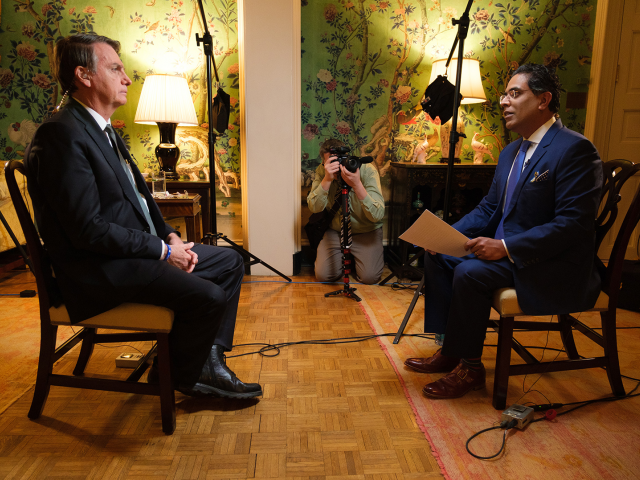 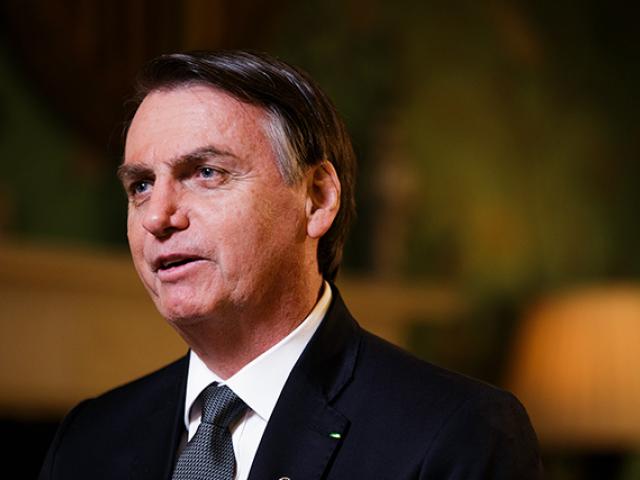 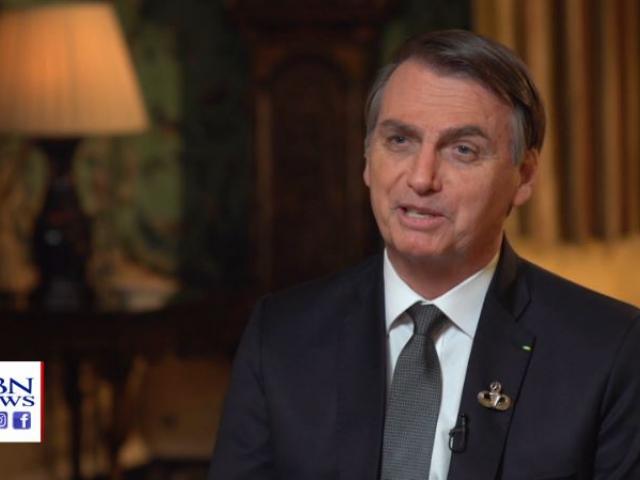