‘Thank You, God’: Tornado Survivor Reacts With Praise While Sitting Amidst Her Utterly Decimated House 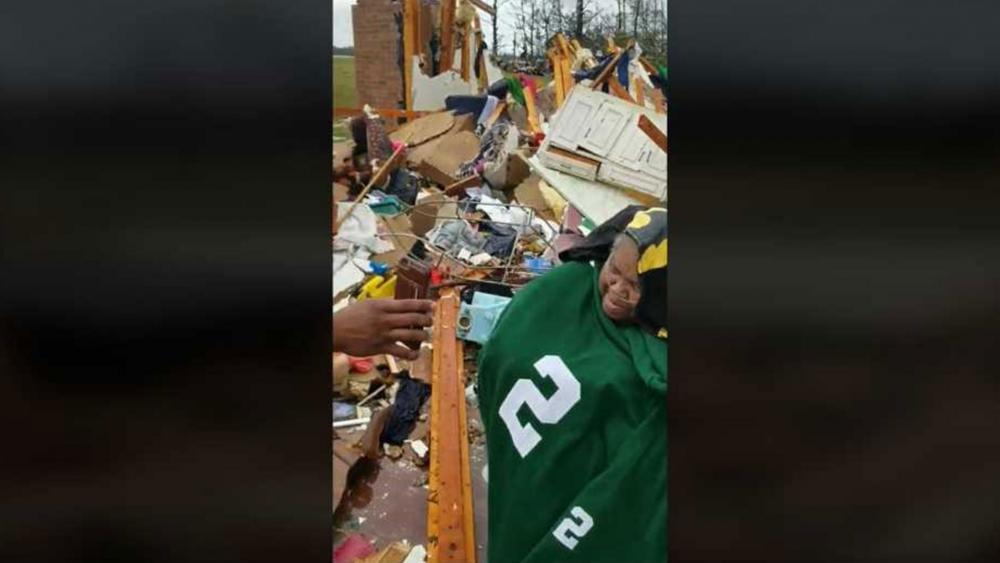 At least 23 people have been confirmed dead after a series of vicious tornados swept across Lee County in Alabama. County Sheriff Jay Jones called the subsequent damage and destruction “catastrophic,” noting that the landscape looked “as if someone had taken a blade and just scraped the ground.” The National Weather Service (NWS) classified the tornado as an EF-3, with winds up to 165 mph.

There were, however, some astonishing stories of survival. Earnestine Reese, 72, was captured on camera after her house was absolutely leveled by the tornado. Sitting among the ruins, and with her whole material life in tatters behind her, Reese could be heard thanking God for sparing her life.

“It just didn’t seem real seeing the house where I grew up had gone,” Kingston told Faithwire. “At first I couldn’t believe it.”

Frazier noted that it “really hurt seeing all those memories just gone,” but added that his spirit was lifted when he got to chat to his brave grandmother on the phone. It “meant the world to me,” he said. “And the fact that my grandmother was stuck under the house but made it out with nothing but a broken hip,” he said, was nothing short of miraculous.

“The only thing she told me was to thank God,” Kingston told Faithwire. “And that’s what I did. I’m just thankful she made it out.”

“The trailer is completely gone,” cameraman, Delrico Eiland, can be heard saying, referring to Reese’s daughter’s adjacent home, which was also destroyed in the tornado.

According to Kingston, his grandmother is currently being treated in hospital. “The rest of my family is fine as well just suffered minor scrapes and bruises,” he added.

Which Area Was Hit the Hardest?

Beauregard and the surrounding areas along the Alabama-Georgia border got hit the hardest by a series of swirling tornadoes, which ripped up everything in their path.

In Talbotton, Georgia, at least 15 buildings were leveled to the ground.

“Complete apartments are gone and damaged,” said Pastor Vinton Copeland from the local Baptist church, according to CNN. “We have a shelter at our county high school for those affected. It’s devastating and houses are gone and there are power lines decimated. Tough time.”

“The news only reported specifically about rural Alabama and all of a sudden it hit us quickly,” he added. “We couldn’t have planned for this.”

According to the BBC, one of the dead in Beauregard was an 8-year old girl. “We’ve never had a mass fatality situation, that I can remember, like this in my lifetime,” Lee County Coroner Bill Harris said, as reported by WBRC-TV.

FEMA has been told directly by me to give the A Plus treatment to the Great State of Alabama and the wonderful people who have been so devastated by the Tornadoes. @GovernorKayIvey, one of the best in our Country, has been so informed. She is working closely with FEMA (and me!).

President Trump announced in a tweet Monday morning that he had directed FEMA to “give the A Plus treatment” to Alabama as it begins to rebuild after this devastating event.

Do pray for all those caught up in these fierce tornados. 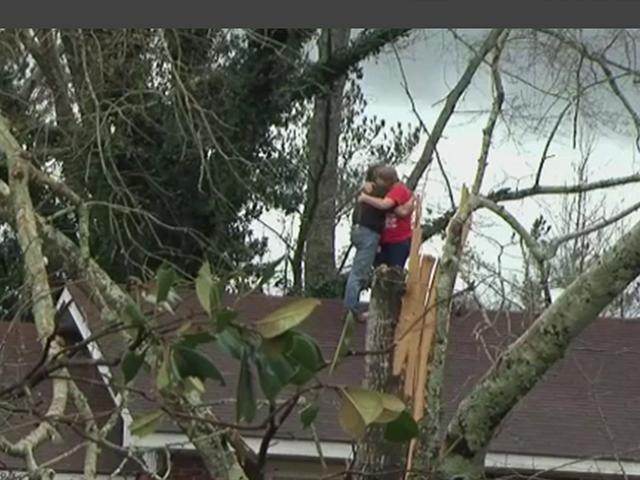 'I'm Still Thanking God I'm Among the Living': At Least 23 Killed as a Dozen Tornadoes Slash the South