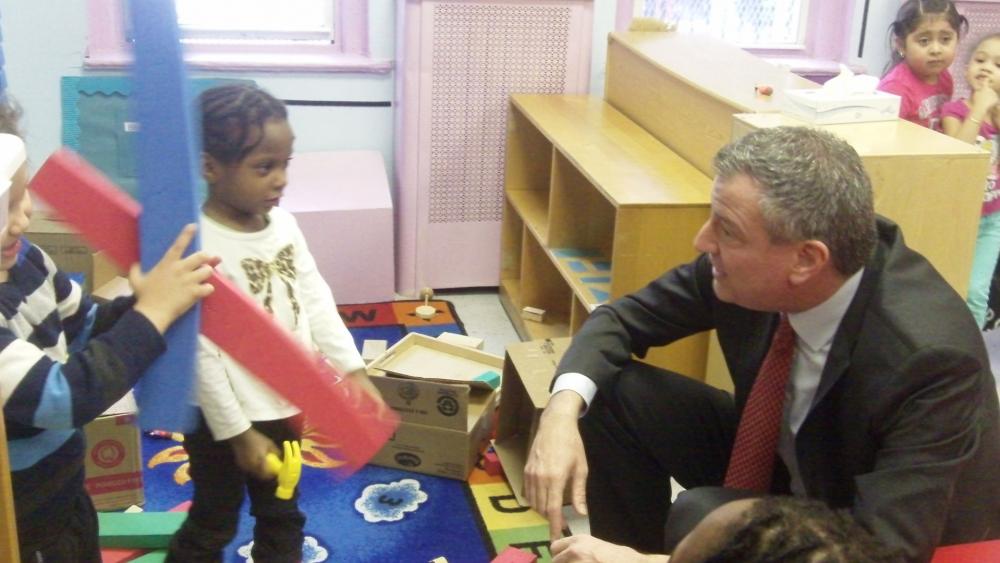 The mayor of New York City has decided to help "reduce greenhouse gas emissions" on our planet by ordering all NYC public schools to take part in "Meatless Mondays" for both breakfast and lunch meals starting in the 2019-20 school year.

"We're expanding Meatless Mondays to all public schools to keep our lunch and planet green for generations to come," he said.

At the press conference announcing the program, de Blasio admitted he eats meat.

"So, for me, this is very personal, because – and I will say up front, I eat meat and I eat vegetarian dishes and I try and strike a balance between the two," the mayor said. "But I have two vegetarians in my home and they feel very strongly about this. And I, for years – in fact, both my kids in their early teens decided to become vegetarians and they just did it spontaneously, they made their own choice."

The program will provide students with healthy, all-vegetarian breakfast and lunch menus every Monday, according to a press release from the mayor's office. It was tested in 15 schools in Brooklyn last year.  Now it will affect 1.1 million public school students throughout the city.

"Meatless Mondays" are good for the "environment," said Schools Chancellor Richard Carranza. "Our 1.1 million students are taking the next step towards healthier, more sustainable lives."

The expansion to all NYC public schools will be cost-neutral, and the DOE's Office of Food and Nutrition Services will meet with students to get qualitative feedback before the menu for next fall is finalized.