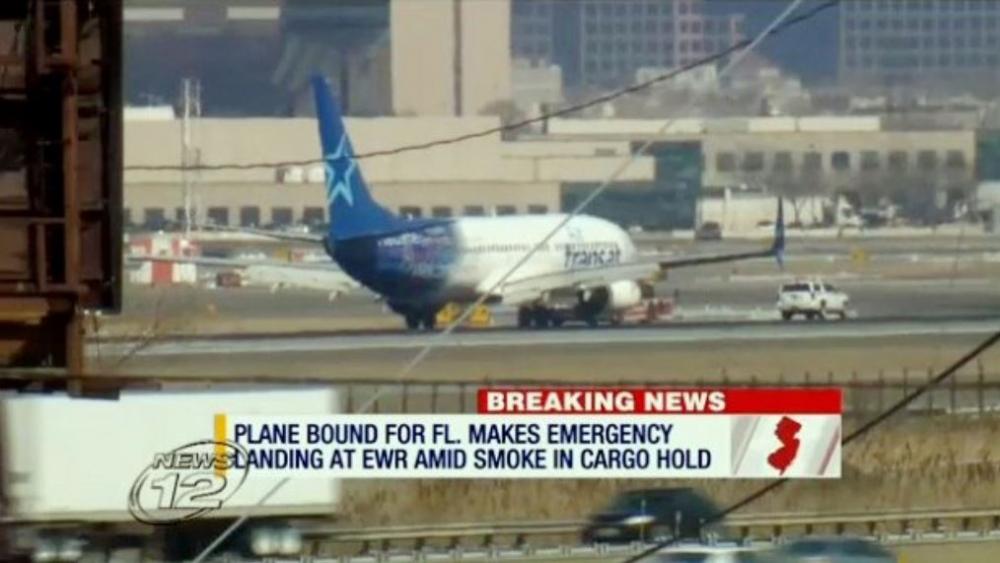 NEWARK, N.J. (AP) — Smoke reported on board an Air Transat flight forced an emergency landing Saturday at a New Jersey airport, where the 189 passengers were evacuated by emergency slides.

Air Transat Flight 942 was on its way from Montreal to Fort Lauderdale, Florida, when it reported a possible fire in the cargo hold and was diverted to Newark Liberty International Airport at 8:30 a.m. Saturday, a Federal Aviation Administration representative said.

The Boeing 737 landed and remained on the runway while airport firefighters responded, and passengers evacuated via emergency slides, she said. Passengers were then taken by bus to the terminal.

Two of the 189 passengers reported minor injuries, neither related to smoke, and one was taken to a hospital to be examined, said Steve Coleman, deputy director of media relations at the Port Authority of New York and New Jersey. No fire was found and the cause of the smoke remains under investigation, he said.

“Our 189 passengers’ safety is our top priority and they were evacuated promptly upon landing,” said Debbie Cabana, Air Transat marketing director. Another aircraft was to be sent to Newark to operate the flight to Fort Lauderdale, she said.

Both runways were closed during what Newark Liberty called an “airport emergency,” but officials later announced that flights had resumed.