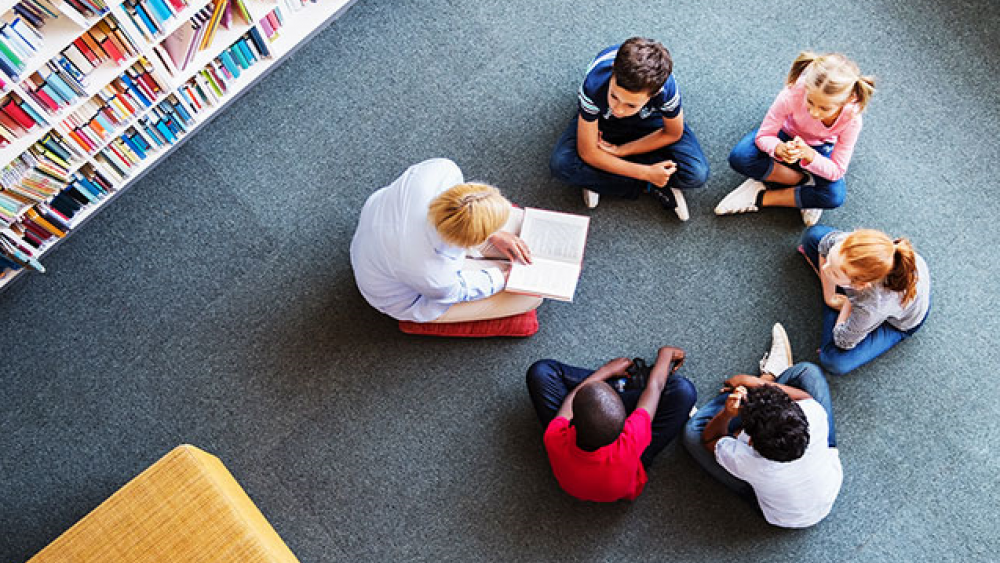 The National Education Association (NEA) has partnered with the United States' leading LGBTQ organization to teach children about same-sex attraction and gender dysphoria.

March 2 was the NEA's annual "Read Across America Day" program – a day when teachers, schools, and libraries host events aimed at encouraging children to read.

This year, the NEA partnered with the Human Rights Campaign (HRC), the United States' largest LGBTQ advocacy and lobbying group, to expose children to an array of LGBTQ-themed books.

"NEA believes diverse literature enables students to see themselves as the heroes of the story, while also showing them that all kinds of people can be the heroes too," said NEA president Eskelsen García. "It is important that we emphasize books that are telling children of color or of different gender identities that they belong in the world and the world belongs to them."

NEA hosted a reading event at Ashlawn Elementary School in Arlington, Virginia last week and featured two of the LGBTQ-themed books it wants children to read.

One of those books is called Julián Is a Mermaid and tells the story of a young boy who believes he is a mermaid after wearing pearls, flower plants, and a curtain as a skirt.

The other book is I Am Jazz, which is about transgender reality TV star Jazz Jennings.

HRC spokesperson and transgender activist Sarah McBride was invited to read that story out loud.

"I have a girl brain but a boy body. This is called transgender. I was born this way," McBride read to the elementary-aged students.

According to East Bay Times, McBride, a biological man, then told the students he too is like Jazz.

"I'm like Jazz. When I was born, the doctors and my parents, they all thought that I was a boy," McBride said.

When asked by a student why people thought he was a boy, McBride said society "told them that was the case."

The children ended the story session believing "anyone can be anything," East Bay Times reports.

Garcia told the paper it is important for the NEA to partner with LGBTQ activists because of President Donald Trump's policies.

"We have seen a complete, literal rollback of the protections for students, especially transgender students," said Garcia. "The Trump administration has been openly hostile, whether or not you're a transgender soldier or a transgender little boy or little girl. It is more important than ever before that we speak out."

"This is exactly the kind of outrageous indoctrination that's caused millions of parents to pull their kids out of school and either move them to Christian campuses – or teach them at home. With radical sex ed around every corner – including first graders' – and now this dangerous excuse for 'story time,' it's no wonder that U.S. homeschooling is in the middle of its biggest surge in 20 years," the organization said.

'It's Shocking, but at the Same Time It's Not': Drag Queens Target Little Kids with Story Time
CBN News Email Updates