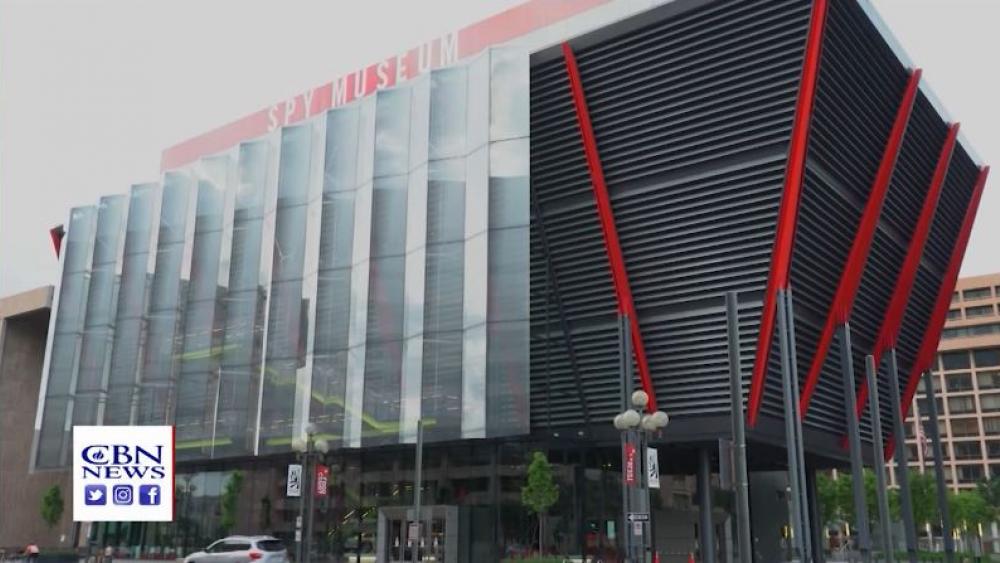 The red steel and glass wedge sticking out of the Washington, D.C. landscape is the home to some of the best-kept secrets in the world. The new International Spy Museum has just opened its doors to reveal the hidden stories behind global espionage.

At a cost of some $162 million, Washington's newest museum is a 140,000 square-foot showcase for secrets – and it's near twice the size of the old museum. Much of the work involved carting every artifact, including a 1964 Aston Martin, from the James Bond film "Goldfinger," into storage and across town. Now, 007's car is playing a small part in a massive house of secrets.

Chris Costa is the executive director of the International Spy Museum.

"I've never done anything operational in a tuxedo," he told CBN News.

He's no James Bond, but Costa spent 34 years as an intelligence officer before taking the helm of the museum.

"Real espionage, of course, there's a lot of work, painstaking work – not a lot of action all the time and when you do have action it's sheer terror for a few minutes or an uncomfortable feeling in your gut," he explained.

Costa's service in Afghanistan and Iraq involved recruiting human sources. He said "a typical day… in a combat zone," involved "a couple of minutes of adrenaline and then a whole lot of tea drinking with villagers."

The museum takes visitors from tea time to the story of the son of a Hamas leader, Mosab Hassan Yousef, and his Israeli handler Gonen ben Yizhak.

"I need to give him the feeling that I'm his best friend when maybe, I'm his biggest enemy," said Gonen in an exhibit examining human intelligence gathering.

The museum exhibits highlight the ubiquity and importance of data collecting and surveillance in today's covert operations.

"There's no replacing human sources," said H. Keith Melton. Melton is a historian, donor, and board member of the museum.

"This museum will for the first time show people that truth is far stranger than fiction," Melton said.

Melton has collected some 10,000 clandestine artifacts, and hundreds of them are on display in the new building. From the bloodstained ice ax that killed Marxist dissident Leon Trotsky to the tiny sub called "Sleeping Beauty" that became a prototype for U.S. Navy SEALs, and the first Enigma machine used to encrypt messages during World War II.

Tracking secret artifacts down can be a cloak and dagger operation in itself.

"I met someone out in a remote parking low at 2:00 in the morning," Melton added, telling how he acquired the Enigma machine.

"It had been just smuggled across the border from East Germany into West Germany," he said.

From the story of the Trojan Horse to the black op that killed Osama bin Laden, it's all here -- the secret history of history.

There's a fee to get in, but it's all for a good cause. The museum is a non-profit dedicated to educating the public about this covert tradecraft.

"We're like no other museum on the planet," said Costa.