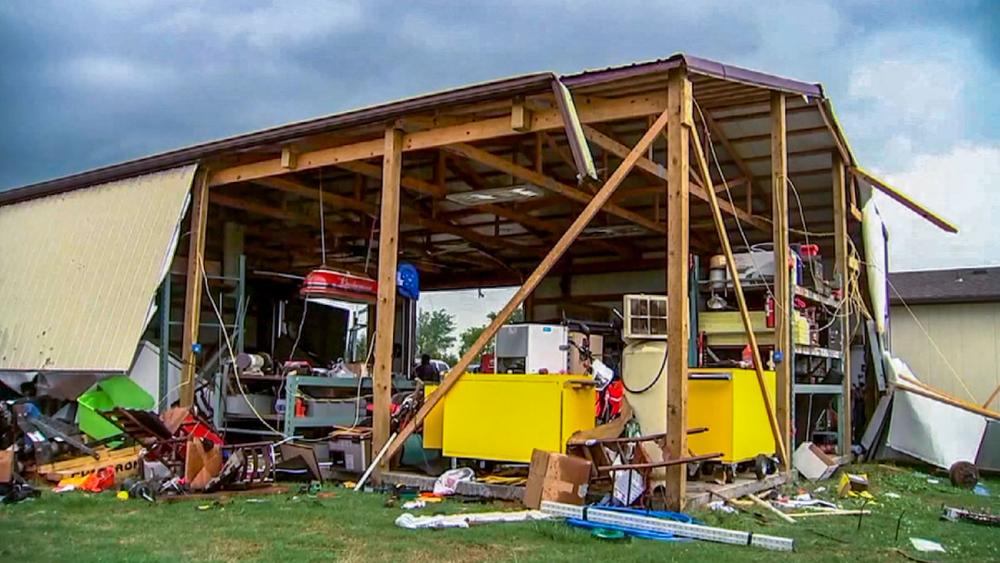 A brutal storm system bringing tornadoes, heavy rains and flooding to the country is slowly moving through the central US.

Within the last 24 hours, 73 damaging storm reports have been released from Texas to Illinois.

The damage so far has left multiple buildings damaged, power outages, and flooding. Over 30,000 homes and businesses were without power early Wednesday in Texas, Arkansas, Missouri and Oklahoma, according to poweroutage.us.

In Texas, a tornado ripped through the Red River community of Charlie. A farmer reportedly lost close to 300 peach trees to the storm according to Weather.com.

Another great look at this tornado, after it moved into Byers, Texas. pic.twitter.com/zCQOfwivoi

In Kansas, a tornado left a church damaged while 65mph winds and heavy rains left damage and flooding in Davenport, Iowa.