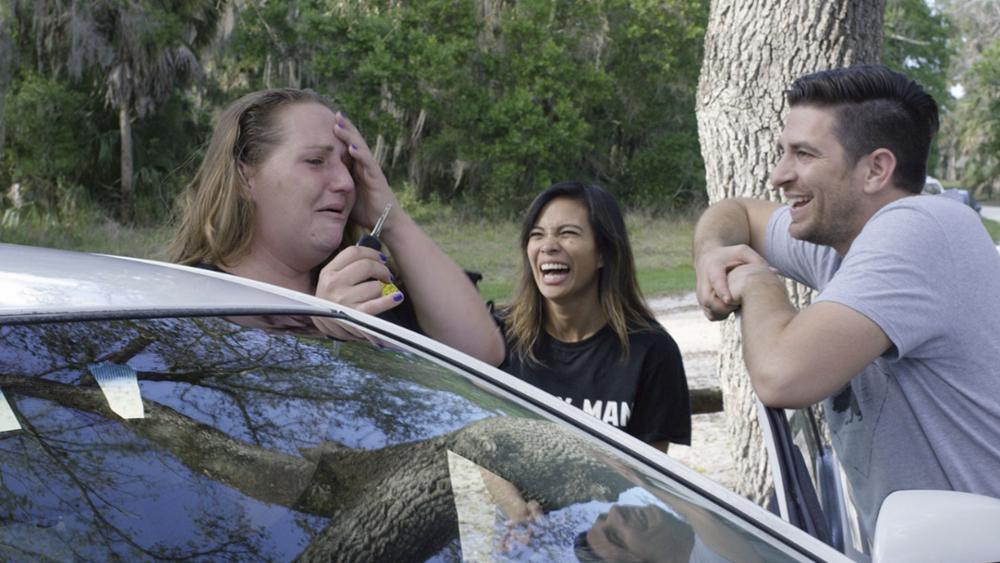 A South Florida coffee company says it's fighting back against the message of "toxic masculinity" by donating their profits to help struggling single mothers.

Back in March, Burly Man Coffee launched their charitable giving campaign by giving a vehicle to a single mom in Lake Worth, Fla.  The company's ultimate goal is to donate 100 cars to single mothers.

The first recipient was Celeste Bokstrom, who's a full-time caretaker for her severely non-verbal, autistic 16-year-old son, Logan.  She has spent four years without a vehicle, making it difficult to buy groceries or get to doctors' appointments.

It took Bokstrom two years to save enough money to purchase a used car online. Then she faced utter disappointment when she went to register the vehicle and found out the car was stolen.

"I was shocked and extremely disappointed," Bokstrom said in a press release. "It took me a long time to save up enough money to buy a car. I lost it all in a moment. I was devastated."

Burly Man Coffee learned about the single mother's struggles and decided to give her a new car, an iPad for her son to communicate, and many other resourceful tools for his care. The company also provided her with a shopping spree and a makeover.

In addition, Mike Cohen, director of the Center for Brain in Jupiter, Fla., partnered with the coffee company to provide Logan with Neurofeedback therapy. Using this innovative technology, Cohen has helped autistic individuals to be able to speak and has also improved the quality of life for numerous other people suffering from brain trauma.

When representatives of the coffee company came to give her the gifts, Bokstrom couldn't believe it. Her reaction seen on the video below is priceless.

"I had no idea this was going to happen to me. I had faith and believed that God knew my struggles, but I never expected this," she said in a press release. "Receiving a car has changed my world. And Logan is now getting the help he deserves. I'm so grateful. Burly Man Coffee has changed our lives for the better."

Jeremy Wiles, the owner of the coffee company, says it's his company's goal to help single mothers, but to also fight back against an unhealthy agenda against men.

"Coffee is our craft, and helping people is our passion," he said in a press release. "But, I'm also sick of turning on the TV and hearing the far left political and social warriors push their toxic masculinity message in our faces. Not all men are barbaric, sexist, misogynistic, racist monsters. We wanted a way to share our passion for great coffee and help others, but also push back against this dangerous agenda that targets men. So, we started Burly Man Coffee."

"We associated the term being 'Burly' with being a man who is brave, kind, generous, and patriotic," the press release continued. "Our brand represents every hard-working American whose virtues have more value than the toxic agenda being shoved in their faces. We've been astounded at the level of support we've received since launching Burly Man Coffee in December 2018. The fast-growing number of people joining the coffee club is a clear indicator that people appreciate great coffee and want to partner with a company that uses their hard-earned dollars to represent their values."

Tiana Wiles, the coffee company's co-owner, revealed in a press release they chose single mothers as their mission because she was raised by a single mom and knows the difficulties and challenges they face.

"There are single moms barely staying afloat because some men have abandoned ship. Burly Man Coffee has stepped up to fill in the gap and provide relief by meeting their most critical needs," the press release said. "This is an opportunity to demonstrate what real men do. They take care of those in need. If we can change the life of a mother and her child for the better, then we are doing something right."

You can help the company fund its mission to give away 100 cars to single mothers by joining their monthly coffee subscription club at BurlyManCoffee.com.

Watch how the Burly Man Coffee Company is blessing single mothers below: