Pro-life laws are making headlines across the country, and a federal judge just struck down another one of them in Kentucky, setting up a possible national judicial showdown.

Some of the most high-profile measures are the "Heartbeat" laws which have passed in Mississippi, Georgia, Ohio, and Kentucky. Similar laws are currently moving through legislatures in Missouri, Louisiana, and Alabama. An unborn person develops an audible, distinct heartbeat about six weeks into a pregnancy.

"For pro-life folks, these are huge victories," said Sue Liebel, state director for the pro-life Susan B. Anthony List. "And I think they're indicative of the momentum and excitement and the hope that's happening with changes in the Supreme Court and having such a pro-life president."

As CBN News has reported extensively, states with conservative legislatures have been passing a high number of pro-life laws in recent months and years. Some pro-lifers believe because President Trump has named pro-life-leaning justices to the court that a door could be open to challenge Roe v. Wade. That's the Supreme Court ruling that created a so-called right to abortion in 1973.

New Justices Neil Gorsuch and Brett Kavanaugh have not given any indication that they would, in fact, vote to over turn Roe. Nevertheless, these laws could be headed for a major judicial showdown one way or another.

Two months ago, a federal judge blocked Kentucky's heartbeat law. And a few days ago, a federal judge blocked a different Kentucky law on second-trimester abortions, setting it on a possible course for the Supreme Court. US District Judge Joseph H. McKinley Jr. ruled that Kentucky's law creates a "substantial obstacle" for women seeking abortions.

"We profoundly disagree with the court's decision and will take this case all the way to the Supreme Court, if necessary, to protect unborn children from being dismembered limb by limb while still alive," said Elizabeth Goss Kuhn, spokeswoman for Gov. Bevin.

It's not clear if the high court is even willing to take up a heartbeat case or a second-trimester abortion case. If the justices did issue a favorable ruling on a heartbeat law it could effectively outlaw most abortions in America.

MORE: A Huge Pro-Life 'Crescendo' at the US Supreme Court, but Is There REALLY a Reason to Hope?

MORE: 'Made in the Image of God': How Indiana's Pro-Life Laws Could Change US Abortion Battle 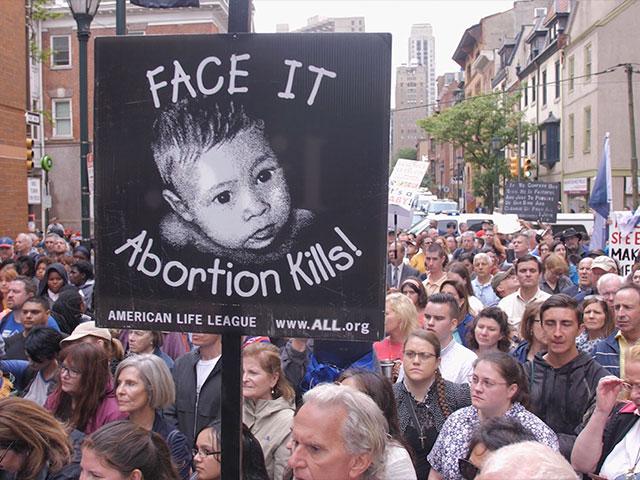