'I Cried Out': FL Teens Stranded at Sea Pray for Help, Get Rescued by Boat Named 'Amen' 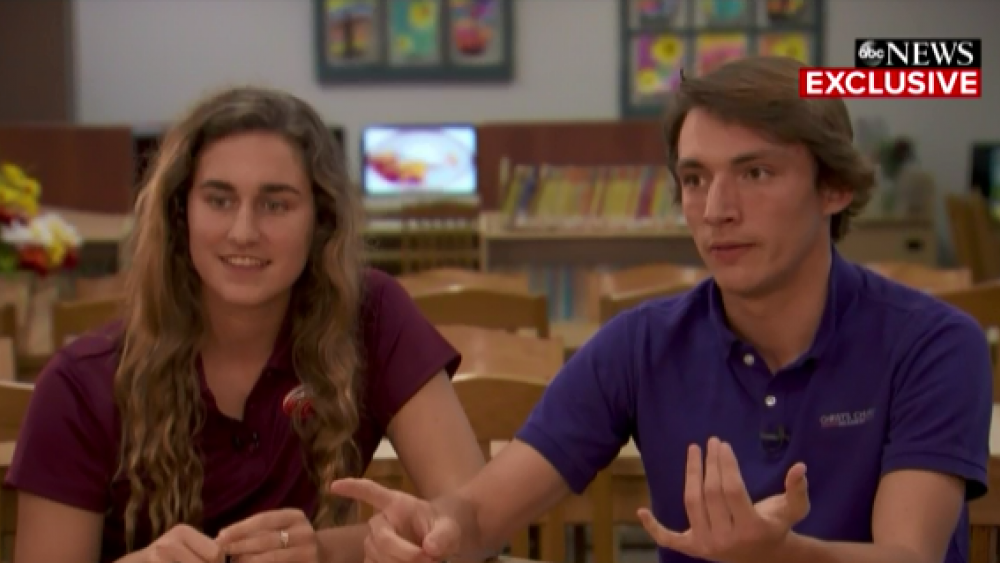 Two Florida teens are celebrating the power of prayer after a fun beach day turned into a nightmare.

Tyler Smith and Heather Brown, who've been friends since fourth grade, were swimming off the coast of Vilano Beach when they suddenly became stranded in the open water.

They drifted two miles away from shore and quickly realized how much danger they were in.

The pair desperately fought the waves for two hours and held on to each other to stay above water.

That's when they turned to God for help.

Before long, a boat captain sailing from South Florida to New Jersey happened to spot the teens on the verge of drowning.

Captain Eric Wagner and his crew pulled the teens out of the water and saved their lives.

"Over all the wind, waves, and engines, we thought we heard a desperate scream," Wagner told Fox 30. "Exhausted and near the end, the boy told me he called out for God's help. Then we showed up."

Ironically, the boat that rescued them is named "The Amen."

"I told them the name of the vessel, that's when they started to cry," Wagner said. "The young couple was gracious and grateful to us and to God. It was the latter all along."

Everyone involved believes God had truly answered their desperate prayers.

Surviving at sea: Two teens stranded off shore in St. Johns county are saved by a man sailing to New Jersey. Hear their prayers, and you will not believe the name of the boat that saved them. @ActionNewsJax at 6:00 pic.twitter.com/0U209wl2Si

The teens are seniors at Christ Church Academy and graduate from the high school on May 19.

They are planning on going into the military and know that God is going with them.

"From us crying out to God, for Him to send someone for us to keep living and a boat named 'Amen,' there's no way that it wasn't Him," Smith said.