'God is My Co-Pilot': The Founder of 'Top Gun' School Talks About How It All Got Started 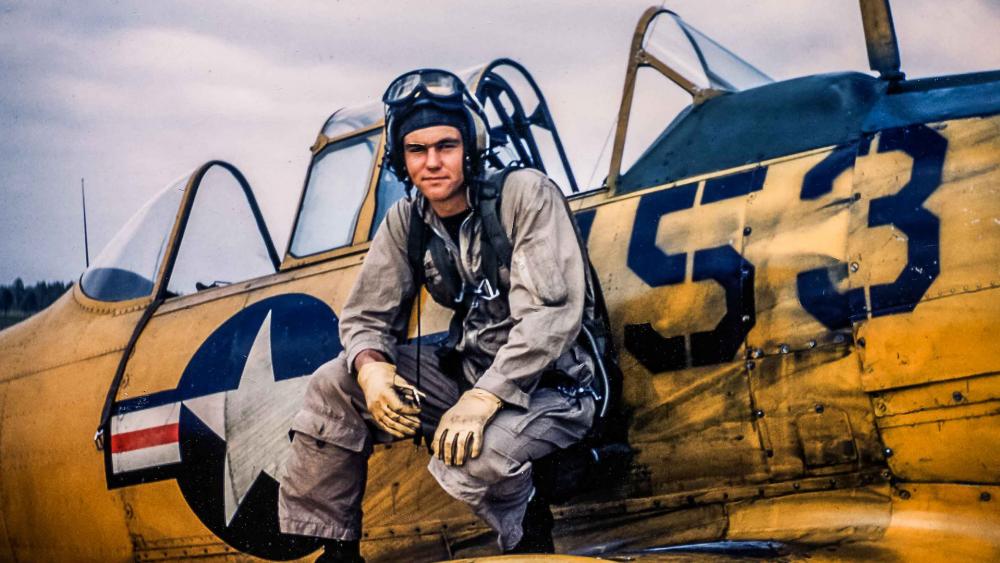 SAN DIEGO – After the 1986 movie "Top Gun" brought national attention to the U.S. Navy's elite fighter pilot school, a blockbuster sequel in now in theaters featuring Tom Cruise. But there's a true story behind Top Gun, and neither film tells the whole story.

The story begins in 1956 when Dan Pedersen began flying for the Navy.

He soon found himself based off the West Coast with other young pilots, ready to intercept Soviet bombers.

But then, the Vietnam War began, and suddenly the Navy began losing its very best in what it had long prided itself on: air-to-air combat.

Dr. Timothy Orr, a military historian at Old Dominion University, says it came as a shock after success in the skies during the Korean War. It also showed that the prevailing philosophy of training was not working.

"The general thought was that all you had to do was send the aviators into action, teach them how to use the equipment and if they would do that they would win victories," he told CBN News.

In contrast, says Orr, the Vietnamese were showing themselves to be more adept at exploiting their planes and the American fighter pilots weren't prepared for the challenge. "They would get surprised by North Vietnamese MiGs," he said, "and if they got into a tangle with them – the MiGs – though they were vastly outdated, were very maneuverable and the pilots knew how to push the limits of their aircraft."

In 1967, Pedersen was flying off the USS Enterprise off the Vietnam coast. In just four months, his air group lost 13 men.

"You'd go to dinner at night and there are empty chairs at the table," he recalled.

A study of the Navy's air-to-air missile systems from 1965 to 1968, known as the Ault Report, revealed the depth of the Navy's problems.

At the time, the kill ratio was roughly 2:1. For every two planes the US pilots shot down, they lost one.

The Ault report prescribed a series of remedies for the Navy, including the establishment of a graduate school to rapidly retrain its pilots in the lost art of aerial combat, also known as dogfighting.

Pedersen supported the report. "You can't live with losing airplanes like we were. So we had to do something," he said.

Pedersen documents that "something" – the founding of the Navy's Fighter Weapons School – in his new book, Top Gun: An American Story.

He spoke with CBN News at the USS Midway Museum in San Diego about the school that became known as Top Gun – and about one of the great turnarounds in modern military history.

In early 1969, a Navy captain tapped Pedersen, a flight instructor at the Naval Air Station in Miramar, California, to found and lead the school. He offered him no funding, no mechanics or planes of their own, and a tight deadline.

Pedersen remembers, "I said 'how much time I got?' He said 'somewhere over 60 days, 90 days to have the first class convened.'"

"God was My Co-Pilot"

Pedersen also remembers the captain's no-nonsense encouragement. "You can do it – improvise!"

Pedersen believes that God was his "co-pilot" in building the school. "When I look back at how we pulled it together, it's clear to me that the acting hand was far mightier than my own," he wrote in his book. "I prayed for the gift of discernment to make it work."

Pedersen selected eight of the finest pilots at Miramar who would teach a new generation how to dog fight all over again and push their planes to the limit. One of his instructors found an abandoned trailer and paid a crane operator a case of Scotch to move it.

The "Original Bros," as they became known, would work day and night for 60 days to prepare for that first class with the understanding that lives were literally at stake.

"You may train, you may think you're the best, but you're going to find out for real and if you don't do it right you don't go home," Pedersen explained.

"The Most Important Thing We Would Ever Do for Our Country"

The extremely practical and finely tuned curriculum, taught by instructors who understood mechanics, the tactics of the enemy, and need for innovation, would make all the difference.

Pedersen writes "what we did in those two years was the most important thing we would ever do for our country."

Three years later, in the next major aerial campaign, the Navy's kill ratio increased by 600 percent to almost 12:1. For every one plane the US lost, it shot down 12.

Today, the Navy credits the Ault Report and what's become known as the Top Gun school, for the dramatic improvement in air-to-air combat performance.

The Top Gun school continues to take just the top one percent of the Navy's fighter pilots and trains them to train others.

Orr calls it a "staple of training" for American fighter pilots. "It has certainly crystalized US naval aviators as being the creme de la creme of the fleet,"  said Orr.

Pedersen says the seven living "Bros" met this spring to celebrate the 50th anniversary of the school which was founded on March 3, 1969.

In 1996, the school merged into the Naval Strike and Air Warfare Center at the Naval Air Station in Fallon, Nevada.

Top Gun: For Those Up for a Challenge Like No Other

Pedersen says he considers the modern-day Top Gun to be bigger and better than ever.

But he says he wrote the book for today's high school kids trying to figure out what they want to do with their lives. He hopes that they'll consider the Navy and maybe even flying – if they're up for a challenge like no other.