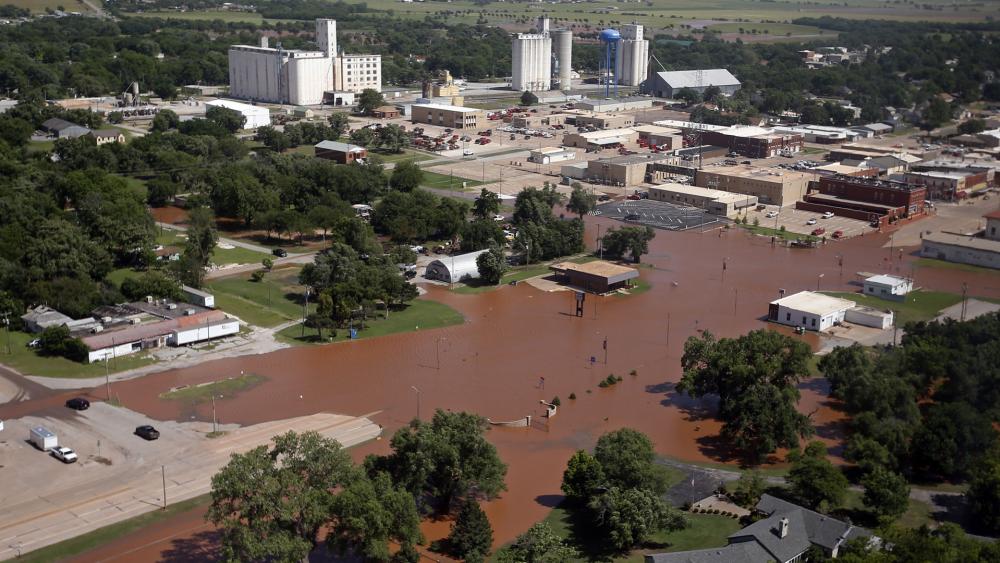 Deadly storms and tornadoes have ravaged the Midwest for a full week, killing seven and injuring dozens of people. And forecasters say it's not over yet.

That severe storm system is pushing East into the mid-Atlantic region. And it's not just the storms that are threatening the Memorial Day holiday weekend, as forecasters predict record heat through early June for the Southeast.

In Jefferson City, Missouri, people are beginning to assess the damage from an EF-3 tornado that decimated a 3-mile swath from the south end of the city to the north toward the Missouri River.

About two dozen people were injured and 100 have gone to shelters.

Now, authorities are concerned about flooding.

Most of the city sits on a bluff overlooking the south side of the Missouri River. Jefferson City officials say rising waters could top a levee on the river's north side on Friday, potentially flooding the city's airport.

Tornadoes touched down in several other small Missouri towns this week, including Eldon, Carl Junction and Golden City where three people died.

Many locals noted that the tornadoes hit on Wednesday, the 8th anniversary of the 2011 Joplin, Missouri tornado that killed 158 people.

Meanwhile, Oklahoma is still getting hammered by tornadoes and flooding. In the Tulsa area, it's the worst storm to hit in 30 years.

The concern this weekend is flooding as the Arkansas River continues to rise.

Authorities were forced to open the flood gates at nearby Lake Keystone where rising waters threatened the dam. Millions of gallons of water are now pouring into the Arkansas River which runs through Tulsa and the outlying suburbs.

Tulsa's biggest tribal casino has shut down over concerns about potential flooding.

Also on the Arkansas River, two barges broke loose and slammed into a dam near Webber Falls on Thursday. The town of 600 had already evacuated and the Army Corps of Engineers says the dam only incurred "minimal" damage.

Still, the wrecked barges have sunk and now block three of the dam's 12 flood gates. The Army Corps says it's continuing to monitor the situation.

The storm system is moving east. On Thursday an EF-1 tornado touched down in Colombia, Maryland.

Forecasters are also warning Americans to prepare for record heat emerging over the holiday weekend and into early June.

They're predicting temperatures from the upper 90's into the lower 100's all the way from Alabama to Virginia. 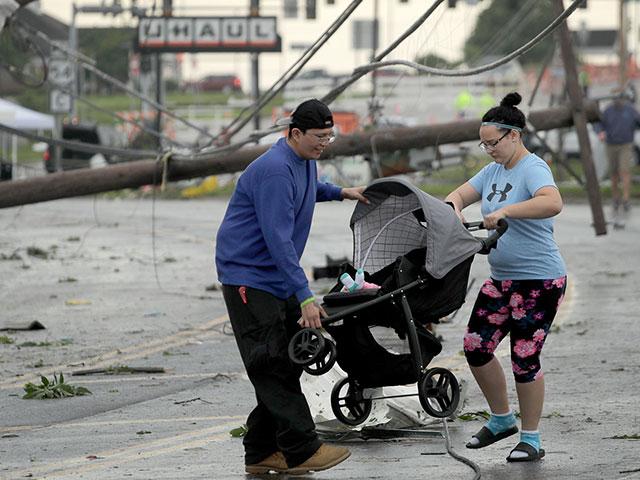 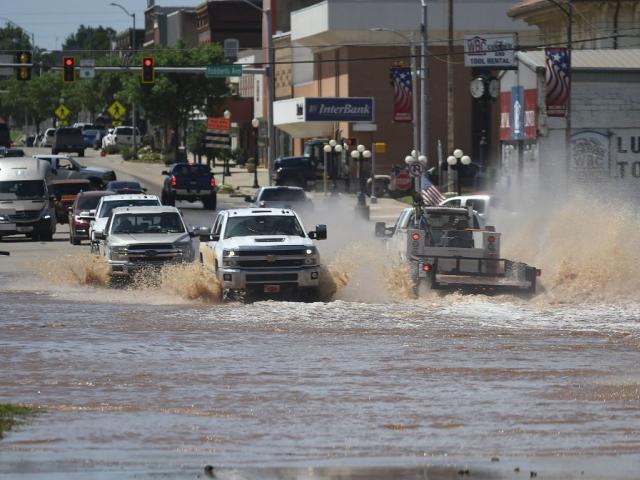