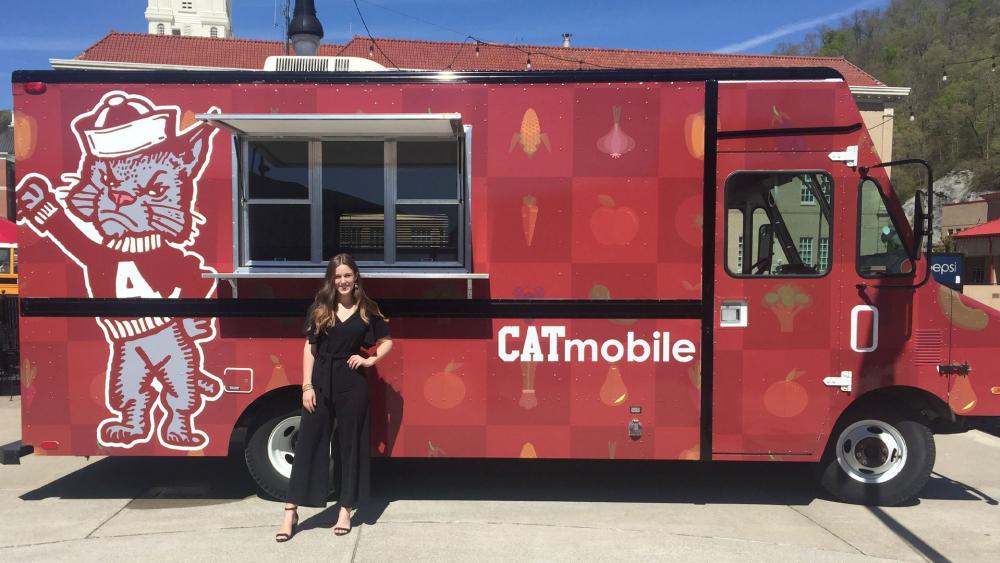 Two students in Ashland, Kentucky are tackling food hunger head on this summer by opening a food truck to serve the county's hungry and homeless students.

Gavin Coutour and Cassie Stevens are hoping to serve more than 15,000 students this summer on their newly renovated food truck.

The pair serve on Paul G. Blazer High School's Student Senate and learned that a number of their peers in the Ashland Independent School District don't have a permanent address, and even more rely on free or reduced-cost breakfasts and lunches.

"This is way bigger than I thought... it made me start thinking we need to spread awareness to other people who are like me that know there is something wrong, but not how big of a problem it actually is," Stevens told CBN News.

Coutour and Stevens realized that although various programs helped feed students during the week, on the weekend and during school breaks their classmates did not have consistent meals.

They came up with the idea to renovate the district's existing box truck into a fully-functioning food truck in order to deliver hot fresh meals on days when school is not in session.

Kelly Heishman, a first-year teacher at Paul G. Blazer High School, encouraged the Student Senate to put their food truck idea into action by applying for a Community Challenge Grant.

"One of our biggest goals this year was to share with people how vast the problem is and how many students experience food insecurity," she said.

The Ashland Independent School District won the $10,000 grant in early April and have since remodeled the truck.

Stevens told CBN News they were simply inspired to take the district's current feeding program to the next level.

"When the Summer feed program first started, they were serving 7,000 students. Then they started using the box truck just to deliver food and it jumped to 15,000," Stevens said. "We hope by turning it into an actual food truck that we can make that number jump a couple more thousand."

Coutour said they are hoping to use the food truck as a platform to bring awareness to the hunger crisis in their city.

"One way we have thought of doing that is allowing different clubs that we have at our school to volunteer as a part of the food truck crew," he told CBN News.

Coutour and Stevens said they plan to serve lunches out of the truck each day over the summer.