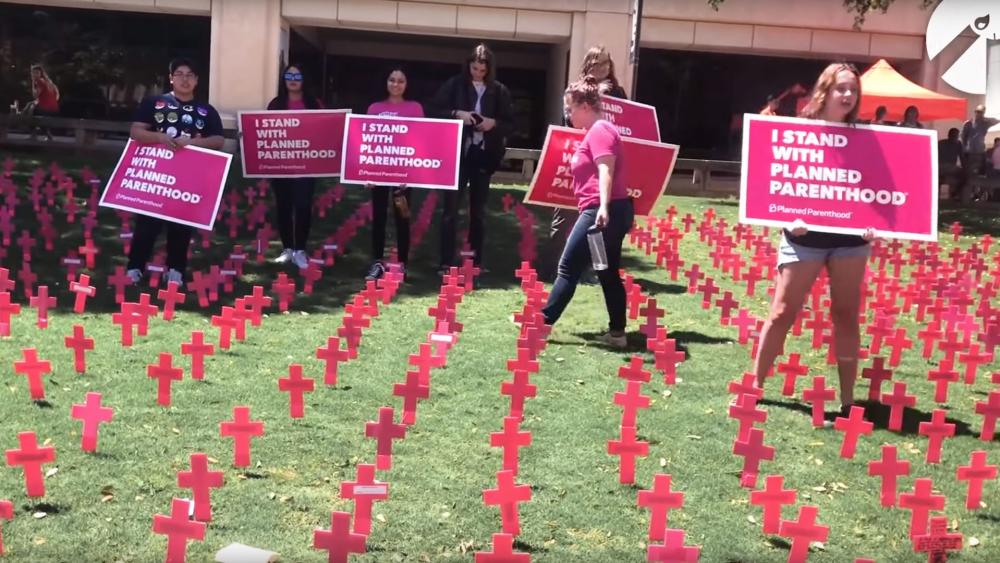 A group of Planned Parenthood supporters recently commandeered a Students for Life display at the University of Texas at San Antonio shouting phrases in a chorus like: "Stop, hey what's that sound? All the fetuses are in the ground!" and "When I say aborted, you say fetuses!"

Last month, the Students for Life group had set up a display called "Cemetery of the Innocents" as a memorial to unborn children killed by abortion. It was a part of the group's Spring 2019 Planned Parenthood Truth Tour.  The group has set up small pink crosses, each one signifying an unborn child's life, according to Townhall.com.

Caleb Hull, a former creative director for Turning Point USA, captured the interruption by the Planned Parenthood supporters on video and posted it to his Twitter account, according to The College Fix.

"This is one of the most infuriating things I've ever seen: Planned Parenthood supporters sing chants in a 'fetus graveyard' at the University of Texas-San Antonio setup by @StudentsforLife."

This is one of the most infuriating things I've ever seen:

Planned Parenthood supporters sing chants in a "fetus graveyard" at the University of Texas-San Antonio setup by @StudentsforLife.

"Stop, hey what's that sound? All the fetuses are in the ground!" pic.twitter.com/WZgHfJIIOR

Once activist is seen in the video walking through the display of crosses, pointing to one of the crosses, saying, "That one's mine."

Sarah Zarr, the Texas regional coordinator for Students for Life, posted on the organization's website writing the protesters accused the pro-life group of being racially insensitive.

"Some of the members came to talk to us but would not have dialogue, they just wanted to shout their points at us," she noted. "One girl told me I was using my white privilege and 'wasn't allowed to be out there talking about this issue when it affects black women'."

"They continued on by mocking our memorial that represented the 911 lives lost due to the abortions Planned Parenthood commits every day and the 911 women's and families lives that were impacted by those abortions," she added.

Melanie Salazar, the student leader of the University of Texas-San Antonio's pro-life group (UTSA), also posted to the group's website after the event, writing: "I truly believe that we are not going to change legislation until we change hearts and minds, and we will do this by simply having conversations."

"I am thankful for the freedom of speech to have events like this one at our campus," she continued. "I believe that empowered women empower women to choose life for their preborn child and our pro-life club wants to create a culture of life that removes fear from women in unplanned pregnancies and instead leads them to resources and opportunities. Students For Life at UTSA aims to give respect and dignity to every human life at all stages and in all circumstances."

"To persons who are post-abortive, we will love them without judgment and help provide healing. We ARE the Pro-Life Generation and if our event got protested like this, then we must be doing something right and be on the side of truth," Salazar concluded. 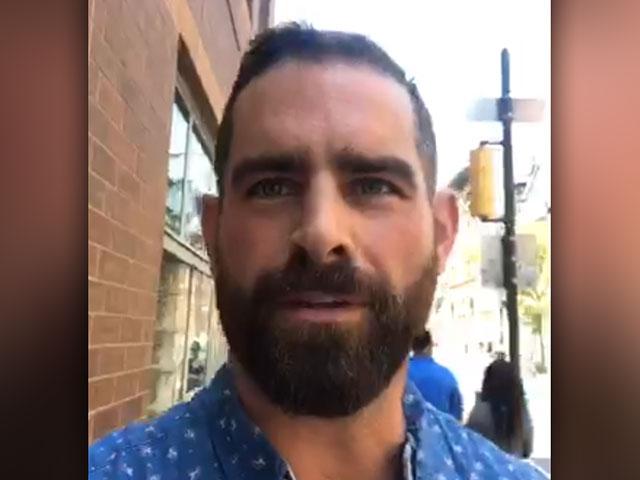