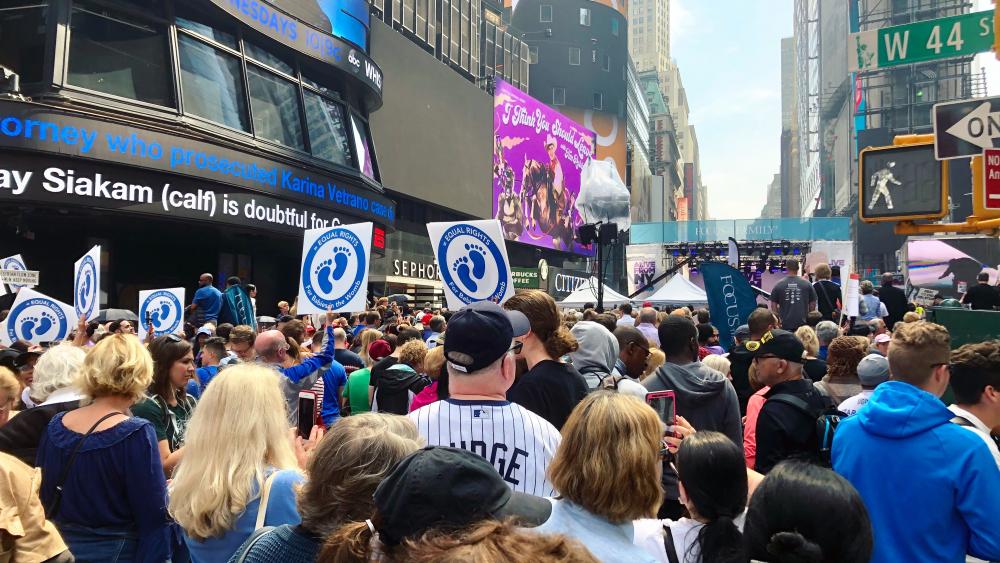 CBN News' Jenna Browder attended the "Alive from New York" event in Times Square.  Be sure to see her report Monday on The 700 Club. Check local listings.

On Saturday, Focus on the Family presented what had been billed as the largest pro-life event ever held in New York City's Times Square.

The event called "Alive from New York" was designed to celebrate the sanctity of human life, marvel at the wonder of human development in the womb, and encourage advocacy for women facing unplanned pregnancies and the preborn.

The move was launched in response to New York state's radical new abortion law that allows abortion of viable babies right up until the moment of birth.

Thousands of people showed up to witness the event, which featured live music and inspirational speeches from special guests, as well as abortion survivors. The highlight of the event was a live 4D ultrasound presented on massive digital screens in Times Square.

You can watch an archived version of the live-streamed event here.

As CBN News reported, earlier this week three companies denied Focus on the Family's request to lease space on the jumbotrons in Times Square.

"It's a confirmation of what we've long known. There are many people who don't want the world to see these images of pre-born life because the abortion industry is predicated on a lie -- namely that a baby is just a blob of tissue inside the womb. It's not. It's a baby," Jim Daly, the ministry's president wrote on his online blog.

"In response to this flat-out discrimination, we've decided to bring in our own digital billboards," he continued. "In other words, the show will go on!"

CBN News' Jenna Browder will be at the event and will have a complete report Monday on The 700 Club. Check local listings. 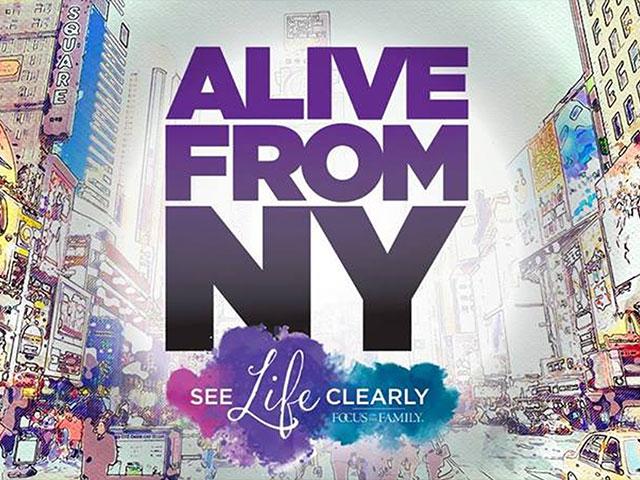 LIVE 4-D Ultrasounds on Times Square Jumbo Screen: 'No Way a Person's Going to Be Able to Say That's Not a Child'
CBN News Email Updates