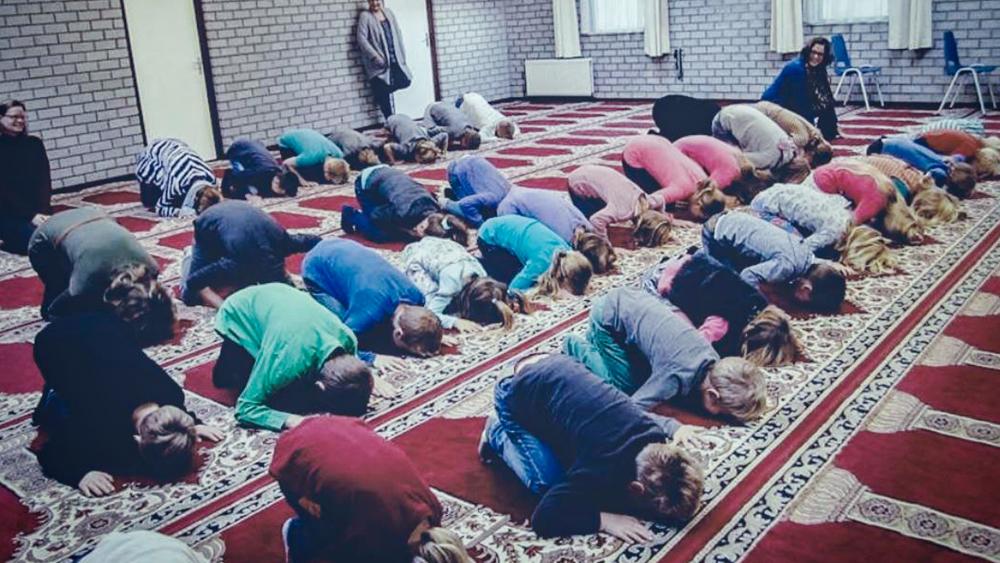 A religious liberty advocacy group has warned two Washington state school districts it may file lawsuits unless they stop promoting Islam. The schools are accused of implementing pro-Ramadan policies that are being followed during the Islamic holy month which began on May 5 and runs through June 4.

The Freedom of Conscience Defense Fund (FCDF) says a teacher has complained about the policy. So FCDF has sent the superintendents and school boards of the Dieringer School District and the Northshore School District, both located in the Seattle-area, "cease and desist" letters demanding the districts immediately stop their special Ramadan policies.

According to the FCDF, the Dieringer School District has adopted pro-Islam recommendations from the Council on American Islamic Relations (CAIR), a group which was named as an unindicted co-conspirator in a prominent terrorism case a decade ago.

CAIR sent a letter on "Upcoming Islamic Holidays and Religious Accommodations" to Superintendent Judy Martinson back in March. Martinson allegedly enacted the letter as official district policy when she distributed it to school principals, who in turn circulated the letter to all teachers and staff, the FCDF claims.

To help Muslim students observe Ramadan, CAIR presses school officials to use Islamic greetings with Muslim students such as 'Ramadan Mubarak!' or 'Ramadan Kareem.' The letter also instructs teachers to monitor Muslim students' Ramadan fasting and not to schedule any tests on the Islamic holidays Eid Al-Fitr and Eid.

"By urging teachers to bless Muslim students in Arabic, the district is running roughshod over the First Amendment's mandate of government neutrality toward religion," Daniel Piedra, FCDF's executive director, said in a press release. "A school district would never order teachers to 'welcome' Catholic students during Easter with 'He is risen, Alleluia!' Singling out Muslim students for special treatment is blatantly unconstitutional."

Martinson did not respond to a request for comment from Fox News. The network reported she put out a statement to members of the school district writing: "The Dieringer School District has not and would not violate the First Amendment by endorsing any religious observations. Be assured that we respect the personal beliefs of you and your family."

Meanwhile, the Northshore School District, which is the 11th largest school district in the Evergreen State, recently issued guidelines to school officials to ensure Muslim students "have the right accommodations and support from teachers and their peers" during Ramadan.

"The school district's so-called Ramadan 'accommodations' run roughshod over the First Amendment and are a blatant insult to students of other faiths," said Piedra. "Under the mantle of 'diversity' and 'inclusion,' school officials have exalted Islam as the state-sponsored religion. Teachers and parents are outraged, and they should be."

Ramadan is a monthlong celebration of fasting, prayer, reflection, and community. Regarded as one of the Five Pillars of Islam, the observance began in the seventh century and commemorates Allah, the god of Islam. The common practice during Ramadan is fasting from dawn to sunset.