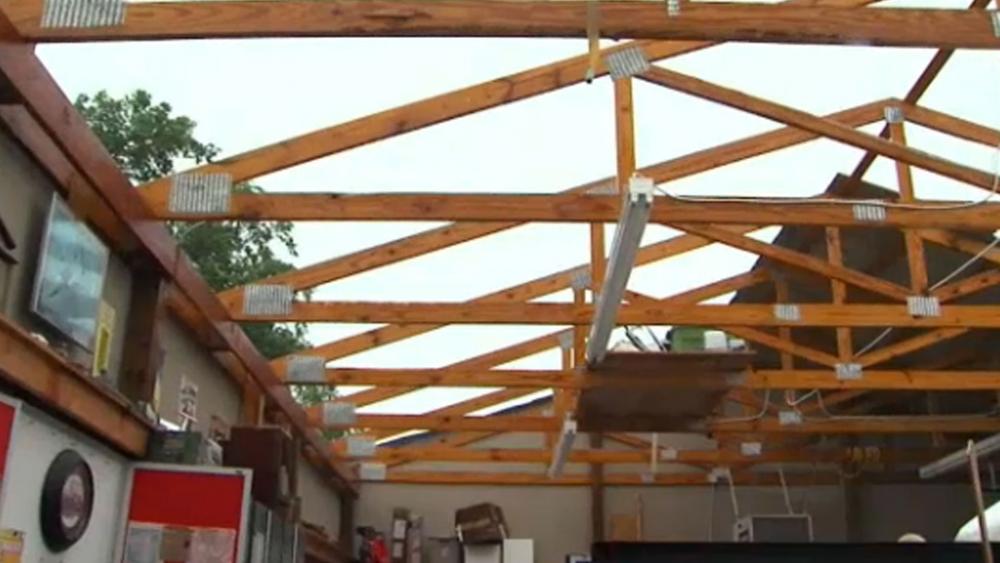 Nineteen million Americans are in the path of destruction again today after nearly four dozen tornadoes ripped through six states this weekend leveling homes and tossing trees. Now, the Midwest is bracing for round two.

The weekend storms brought tornadoes and unprecedented flooding across the central US in the region known as "Tornado alley." Many are still recovering from the weekend destruction.

"I just kind of shoved her into the closet and put my back against it and just prayed through the whole thing," one survivor recalled.

In Nebraska, one tornado almost killed the storm chasers who were tracking it. In Kansas, winds from a massive tornado overturned a tractor trailer that was driving nearly two miles away.

At one point there were nearly 50 reports of tornadoes in just 24 hours.

"I really did not think we were coming out of here alive," another survivor said.

Now, those same people could face "round two."

The National Weather Service says a "potent spring storm system" is expected to bring more thunderstorms to the region Monday, with tornadoes possible for cities stretching from Kansas to Texas, with Oklahoma at special risk

Schools in parts of the state have already canceled classes today ahead of the expected storm, including Moore County, where six years ago today,  a massive tornado killed 24 people and injured more than 200.