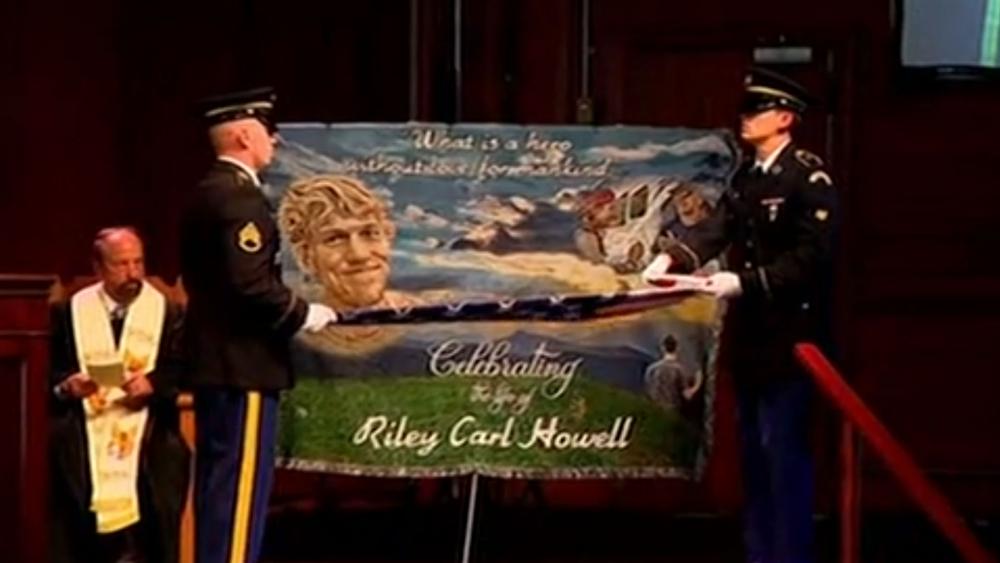 A military honor guard folds the American flag in front of an image of Riley Howell at his funeral Sunday. (Screenshot credit: APTN)

The UNC Charlotte student who tackled a gunman, and was killed in the scuffle, was buried with full military honors on Sunday.

ABC News reported Riley Howell, 21, was enrolled in ROTC courses at the school. He had been hailed as a hero by Charlotte-Mecklenburg Police Chief Kerr Putney in a press conference last week.

Howell "took the assailant off his feet," allowing officers to step in and apprehend him, Putney said. Without him, "the assailant may not have been disarmed. His sacrifice saved lives."

Howell and 19-year-old Ellis Parlier were killed in the shooting. Four others were wounded. They were identified as Drew Pescaro, 19, and Sean Dehart, 20, both of Apex, NC; Rami Alramadhan, 20, of Saudi Arabia; and Emily Houpt, 23, of Charlotte, according to Fox News.

The suspect, 22-year-old Trystan Andrew Terrell, who allegedly opened fire in a university classroom, has been charged with two counts of murder and four counts of attempted murder.

Howell received an honor guard detail, the folding and presenting of the American flag to his family, and a rendition of "Taps" played at his funeral service.

More than 66,000 people signed a petition on the website whitehouse.gov pushing for the special ceremony, several Asheville media outlets reported.

"Riley was an ROTC cadet and would have served his country. Instead, he died saving the lives of his classmates. For his heroism, we ask that Riley be given a burial with full military honors," the petition read.

"Riley was truly a one of a kind guy," his family said in a statement after he was killed. "He loved all things outdoors, adventure, and especially family. He loved to work outside and when he worked, he did it with his hands and his heart. He always was able to put others before himself and never hesitated to help anyone who needed it. He was friends with anyone and every one--a big, muscular guy with a huge heart."

"He was the kind of person who you knew would take care of you the moment you met him, and he always did," the statement continued. "He radiated love and always will. " 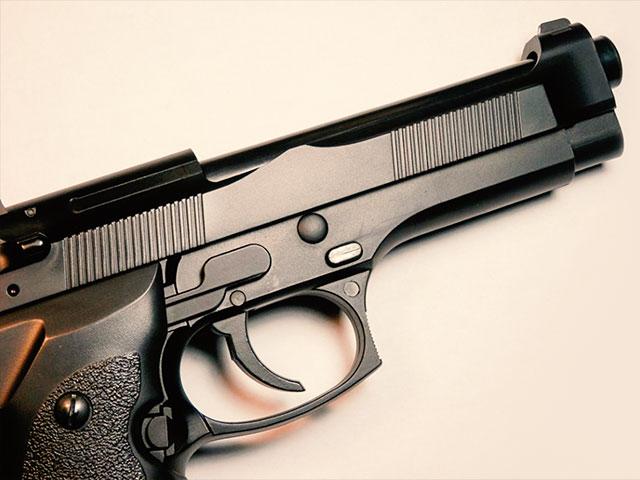 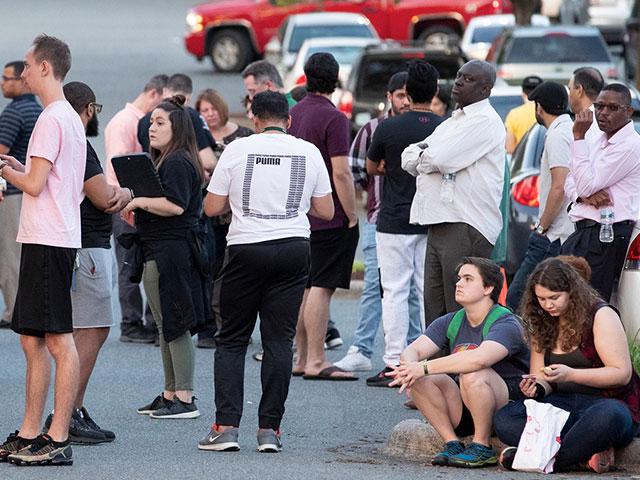 'I Was Praying for the Disarming of the Spirits of Murder': UNC Charlotte Students Prayed as Active Shooter Opened Fire
CBN News Email Updates