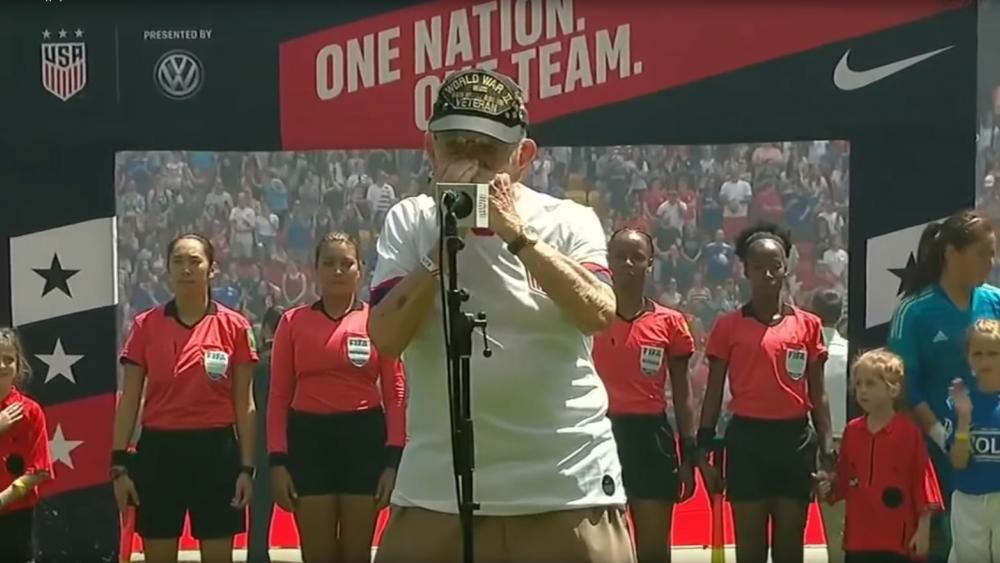 Pete DuPré's performance of "The Star-Spangled Banner" on the harmonica at a Women's National Team Soccer Match over Memorial Day weekend is going viral on social media.

DuPré proudly delivered the performance wearing a USA soccer shirt and wearing a hat with "World War II Veteran" embroidered across the front of it.  After his performance, standing in front of a gigantic American flag, he waved to the crowd before returning to his wheelchair.