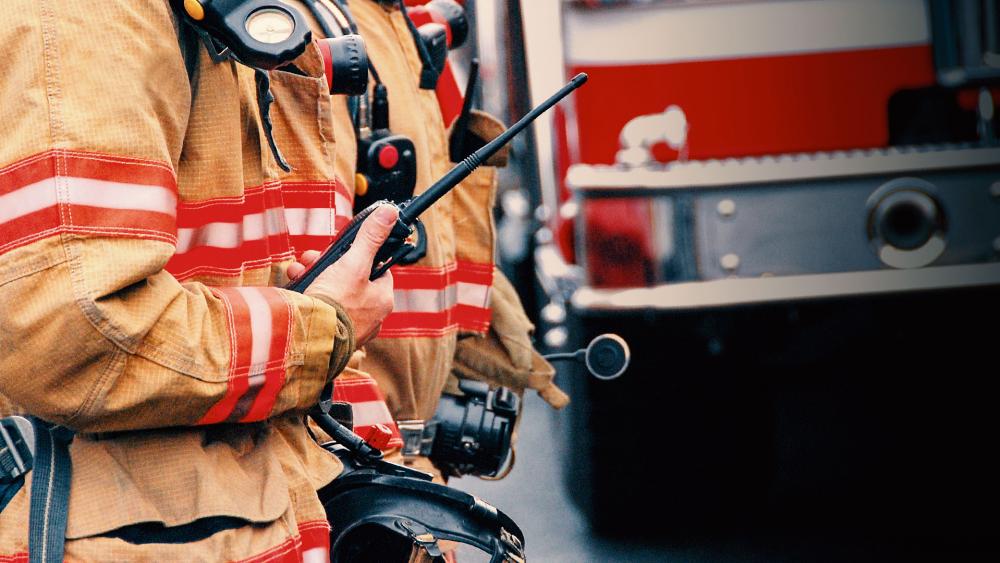 On a daily basis, the bravest of heroes answer the call to serve those in need throughout their communities.  These first responders are the first to arrive on the scene of an accident, injury, site of violence, or blazing inferno.  They run towards turmoil, while everyone else is running away.  But who responds to them when they are in need?

We can all pause and reflect on times in our own lives or in our nation’s history where first responders had to witness the most horrifying things imaginable.  Though they continue to serve, these incidents leave scars and trauma.

Often, these men and women will suffer in silence.

Several organizations, including the Substance Abuse and Mental Health Services Administration along with the Center for Homeland and Defense and Security, have conducted research relevant to first responders and the impact of trauma.

The Impact of Trauma

Regardless of these statistics, the truth remains that many struggle to open up about the issues that they are facing.  Fear of what others will think tends to be one of the biggest reasons that they suffer in silence.  But it goes far beyond the fear of criticism by their peers.  Many fear being labeled incompetent to serve if they open up about the trauma they are inwardly enduring.

Cliff Wolken, FDNY-20 years, shares, “Eighteen years have passed, and still it’s difficult to talk about my experiences that day (September 11) and the weeks that followed.  Many of the things we experience as first responders are not palatable for most people in our lives to hear described, so we just don’t talk about it.”

He continues, “Peer pressure to not look weak, or mistrust of the department may keep some from seeking help for fear of being fired, transferred, or just labeled.  Keeping it in caused anger to spill at those I loved at times.  Lots of stress over the years.”

A significant amount of progress has been made to ensure that first responders receive the help they need.  However, there are still gaps in coverage available.

In 2018, Florida enacted a bill that would enable first responders to get help provided under worker’s compensation benefits.  However, most benefits are only available to those who responded to an incident that involved death.  Other traumatic events, such as busting a child pornography ring or being held hostage, are not covered by this law.

It’s important to note that post-traumatic stress is not always isolated to a single incident.  It can accumulate over a period of time.  So what happens when men and women are left to deal with these traumatic events on their own?

The Nature of Addiction

Even when a person chooses to quit the sinful behavior they’ve entered into, a struggle will ensue.  And why?  Because the repetitive behaviors physically alter the structure of the brain.

“A benign habit can become an addiction quickly when the feeling of overwhelming stress changes brain chemistry, which in turn changes behavior.”

Neurologically speaking, the brain has created new pathways over time - which are now dependent on the continual cycle of acting out.  In order to overcome the struggle in one’s life, they must enter into the process of renewing the mind.

Regardless of how far things have gone, there is still hope.

Navigating the Pain to Experience Healing

The Conquer Series is a powerful, biblically and scientifically based DVD teaching to help those who are struggling with sexual addiction.  Individuals will learn about the chemistry and wiring of the brain, why trying harder does not work, and the importance of renewing the mind.  Also, this series will help identify the most painful moments in one’s life, and will open the door for Jesus to heal those wounds.  Hope begins to resurface as the root, which is likely the traumatic moment, gets healed.

It’s important to note that you cannot fight the battle alone.  Though it can seem daunting, healing will require you to let someone else into the pain that you’re facing.  It takes a strong person to admit to areas of weakness, and taking this first step does not label you as a failure.

Small groups are available to connect individuals as they go through the Conquer Series.  These groups provide prayer, encouragement, and support.  They quickly become a band of brothers, fighting to ensure that no man is left behind.

Many local churches have created an on-going ministry through the use of the Conquer Series.  Moreover, a number of individuals have started using this series within their circle of friends, as a prison ministry, or on military bases.  Chaplains, or those within positions of leadership, may want to consider creating Conquer Groups specifically for their fire station, police station, or emergency medical services units.

Freedom Can be Found

Though initially created for sexual addiction, many have shared how the Conquer Series can help deal with various struggles in life.

Sonya shared, “God has done a work of deliverance in my husband’s life.  The Conquer Series was instrumental in that.  My husband, Tim, met with our pastor.  God used our pastor to help deliver Tim from the addiction of smokeless tobacco, unforgiveness, and pornography.”

Jan Mozingo of Revive Church in Stuart, Florida shares, “This is one of the best, professionally done productions on warfare for this and ANY addiction!”

Cliff Wolken, FDNY-20 years, shared how the Conquer Series helped him to deal with the trauma he’s endured.

“The Conquer Series has allowed me not only to root out things in my past that trigger thoughts before the attached emotions turn me to sinning.  It is a freedom I’m now able to enjoy, and never believed possible until how the brain works was explained.”

Thank You for Your Service

We don’t want these brave men and women to suffer in silence.  We want them to know that there is a way to deal with the painful memories that continue to haunt them.  When their shift is over, we want first responders to be ready to fully engage with their spouse and children.  As they are heroes in the community, we also want them to be warriors for the Kingdom of God.

Learn more about the Conquer Series and the movement of men finding freedom at ConquerSeries.com