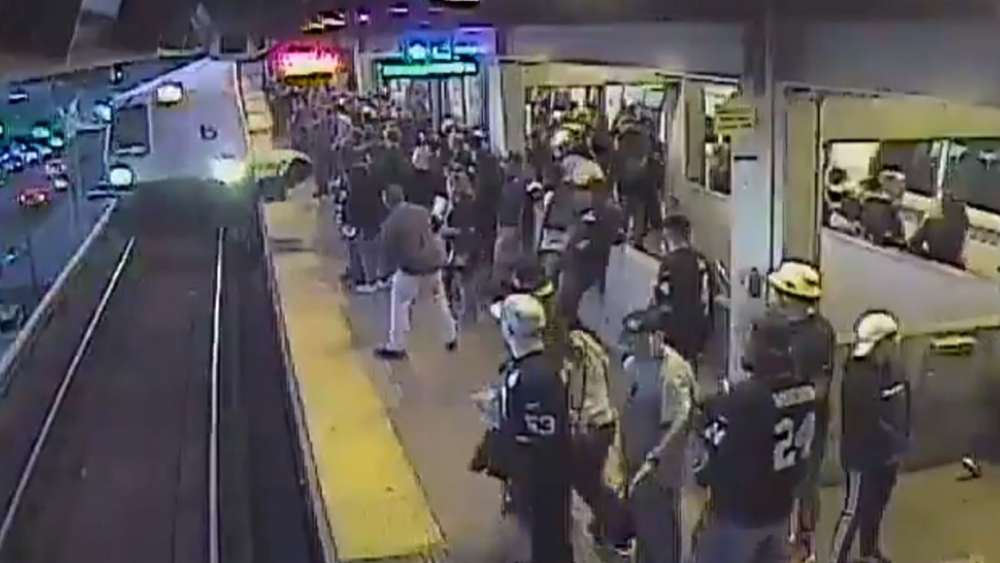 A California transit worker is giving God all the glory after saving a man from an oncoming train.

O'Connor noticed a man walking too close to the edge of the platform, then fall onto the tracks as a train was quickly approaching.

"I just looked and was like, he's not going to make it," O'Connor said. "So I've got to do something. There wasn't a lot of time to think."

O'Connor reached down and pulled the man up and onto the platform, moments before the train would have hit him.

Here is the dramatic platform video of our humble hero John O'Connor saving a man's life at the Coliseum station Sunday night. John is a Transportation Supervisor and has worked at BART for more than 20 years. An amazing rescue. pic.twitter.com/KrO75nqPYb

"In my mind, it all went down in slow-motion. I just grabbed him and pulled him out."

"I'm just fortunate that God put me there," O'Connor said. "And he got to see another day. And when I spoke with him later, I said, 'Hey, just pay it forward.'"

O'Connor doesn't want to be hailed as a hero for doing his job, but hopes that the man considered what could have happened.

"Today is the first day of the rest of your life. Try to use a little more caution and go out and do something good with your life. Enjoy the rest of the days God blessed you with."

People accidentally falling onto the tracks is a rare occurrence, happening less than once a year. BART said they are considering a pilot plan to install barriers.

O'Connor found out that the man he saved, named Rayshawn, would be at a Raiders game on November 7. The men met each other after the game and hugged.

Our BART hero John O'Connor got to reunite with Rayshawn, the man he pulled from the trackway Sunday night, for a hug and celebration of life.